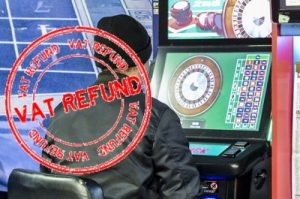 William Hill and the GVC owned betting brands Ladbrokes and Coral, the three oldest and largest high street bookmaking firms in the UK, are set to claim back £350 million in Fixed Odds Betting Terminals (FOBTs) tax. The firms are eligible for the funds after winning a case concerning overpayment of too much value added tax (VAT) sales taxes attributed to the FOBTs within their high street operations.

Her Majesty’s Revenue and Customs (HMRC) has opted not to challenge the ruling, leaving the trio free to collect their payout. For William Hill, this means that the firm could collect as much as between £125 million and £150 million in VAT that had been applied to FOBTs.

Parent brand to Ladbrokes Coral, GVC Holdings have previously said that they could potentially benefit from a rebate worth as much as £200 million.

The case was the result of challenges originally made by Betfred and the Rank Group, who operate Mecca Bingo, and concerns VAT contributions made between 2005 and 2013, which amounts to more than £8 billion plus interest in taxes paid by the gambling industry. This was because the government were applying a VAT rate of 20% on FOBTs as well as a 15% betting duty in violation of European tax law.

In April, it was ruled in court by Mr Justice Mann and Judge Thomas Scott that gambling operators have been over paying their contributions and were doing so over an eight year period. As such, the UK Tax and Chancery Upper Tribunal service deemed it to have “breached the principle of fiscal neutrality” and was therefore unfair to charge VAT for one type of machine but not for others, such as casino roulette wheels, which are exempt from the sales tax.

In a statement made last Thursday, William Hill said;

“As a result of this announcement, we will now engage with HMRC to agree on the support for, quantum and timing of the refund. Whilst William Hill currently expects the net cash recovery to be material, its precise quantum remains uncertain. Nevertheless, the board has considered a number of scenarios that suggest a potential net cash recovery of between £125 million and £150 million.
The group has submitted claims which are substantially similar to those provided in the VAT challenge. Those claims have not yet been subject to the detailed evidential and accounting reviews that will need to take place before entitlement to the refund can be settled.” 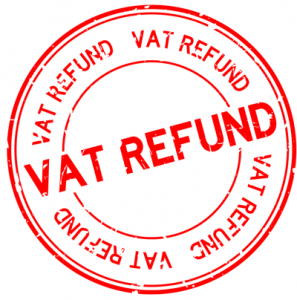 We can expect the floodgates to swing open now as other gambling companies prepare to lodge claims for their slice of the hundreds of millions of pounds. It is believed that the wider gambling industry could potentially look to claw back as much as £1 billion in VAT as a result of the ruling.

Last April, maximum FOBT stakes were lowered from £100 to £2, a move which took a long time delivering and which some believe was delayed because the government were awaiting the fallout from the Betfred Rank rebate case. At the time, there were gloomy predictions made by the bookmakers.

Against all odds, betting sites have been performing well over the lockdown, despite the widespread cancellation of live sport. So well in fact, that problem gambling is back on the rise, according to banks who say that at home gambling has soared since people have started working from home.

In recognition of this, many bettors have been using their banking apps to lock themselves out of gambling accounts rather than use the lacklustre betting prohibition measures that gambling accounts offer. Last week the United Kingdom Gambling Commission (UKGC) said more than six in 10 players have been betting more online since lockdown began.  The UKCG have also launched a series of emergency measures to help reduce harm during this period.

Of course, it had been originally forecast that betting companies would have a tough time over this period, even though they are already benefiting from rate relief and the furlough scheme. Even so, this windfall will be welcomed to cover any losses, if any, that were accrued during lockdown or to divide among shareholders.