Since its launch in November 1994, the National Lottery has raised more than £40 billion which has been donated to good causes across the United Kingdom. Now, approaching its silver anniversary after 25 years in existence, the lotto’s operator Camelot have revealed that it has exciting plans to mark the occasion and thank the public for their contribution since the game went live all those years ago.

It hasn’t been entirely smooth sailing for the lottery in 2019, however, with total returns to good causes dipping slightly to £1.6 billion over the last financial period. Performance wise, Camelot admitted that sales of the Lotto were down slightly this year, as they were for the EuroMillions draw too which was likely to be the result of fewer rollover draws worth £100 million or over.

On the upside, sales of National Lottery scratchcards and Online Instant win games peaked at a record £3.1 billion this year. In fact, bucking an industry trend, it was retail that remained the biggest money spinner, with around 75% of total sales occurring in-store as opposed online. 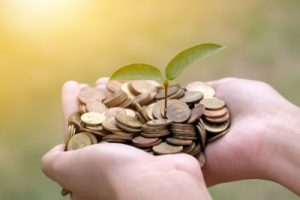 Camelot claim that for every ticket sold, a generous proportion of the money received goes towards a huge variety of projects, and as of now, this has benefited more than 565,000 different projects. This has certainly born true with the revelation of such a huge sum being raised and donated.

With Camelot keeping 1% of revenue in profit and spending a further £39 million on marketing, a figure agreed with the Gambling Commission, around 95% of the total revenue raised goes either to game winners or societal causes, which has led to around 200 lottery grants per every UK postcode district.

Hailing how Lotto has helped people across the UK, Chair of The National Lottery Family Forum, Dawn Austwick added;

“I am delighted that since its launch 25 years ago, The National Lottery has raised an incredible £40 billion for good causes. National Lottery players should feel proud of the difference they’ve made to communities across the UK. This money changes lives.

It strengthens our communities, powers our sports teams, protects the environment, unleashes creative talent and enhances quality of life for people across the whole country. It’s all down to local people who choose to do amazing things with National Lottery funding. Grants have been awarded to 565,000 individual projects – that’s the equivalent of 200 life-changing projects in every UK postcode district.” 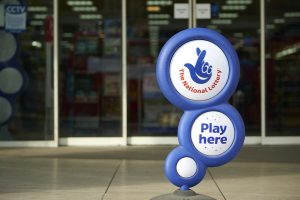 In September last year, Camelot increased Lotto’s prize pots for matching at least five balls plus the bonus ball to a fixed £1 million. Previously, the reward for such a match was an estimated £50,000. The increased sum came about in response to a Camelot a 2017 review conducted inhouse following a 9% slump in ticket sales compared with the previous period. The review also found that changes made to the Lotto, such as increasing the numbers drawn from 49 to 59, meant that the regular UK lottery bore too many close similarities to the high-stakes EuroMillions and was equally hard to win.

The National Lottery in the United Kingdom began life in 1994 and was initially regulated by the now defunct National Lottery Commission. Today, regulation responsibility lies with the Gambling Commission and the current games include Lotto, Lotto HotPicks, Thunderball, Set For Life, EuroMillions, EuroMillions HotPicks, UK Millionaire Maker as well as Scratchcards and Online Instant Wins.