The online gaming platform provider 888 Holdings has enjoyed a period of increased revenue thanks mainly to its casino and betting verticals. The company issued a trading update which revealed that revenue was up 2%, albeit up 6% on a like-for-like basis. This boost covers the period of the first 15 weeks of the year, from January 1 to May 18. The gaming company, who recently acquired Irish betting firm BetBright, attribute most of their rise on a strong performing sportsbook.

The company’s revenues generated by sports betting climbed by 29% on a like-for-like, while casino revenue rose to 13%. Revenue was also boosted both by increasing the amount of money spent on marketing campaigns as well as the launch of 888’s new Orbit Casino platform, which have both been credited with helping to increase player acquisition by up to 20% year-on-year.

On the downside, 888poker has under performed once again with poker revenue dipping by 28%, and bingo revenue flat-lining year-on-year. It means that, for the first time, poker revenues have fallen behind that of the company’s sports betting product. This is largely due to a poor 2018 performance that saw 888poker lose 28% of revenues as well as giving up significant ground to their main competitors, PokerStars and partypoker.

Strong Performance In The UK 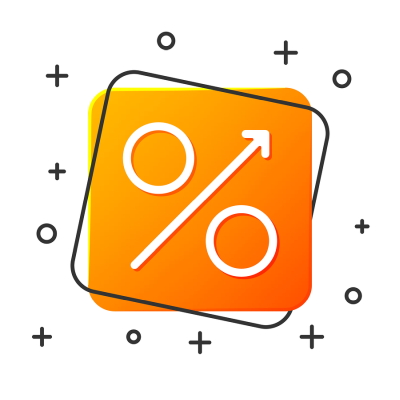 In particular, 888 pointed to the United Kingdom as a major factor in the strong performance. Here, the company enjoyed a total revenue increase of 18% on a like-for-like basis and 8% on a reported basis. As such, the board at 888 Holdings has stated that they are confident that the operator will achieve their end of year targets in line with initial expectations.

“888 has enjoyed a solid start to the year with strong momentum in casino and sport across a number of the Group’s major regulated markets. Whilst poker has remained challenging, we were pleased to see an improving revenue trend in Q1 2019 against Q4 2018.  In addition, we are very encouraged by a 20% increase in first time depositors across the group’s B2C business in the period; this reflects 888’s outstanding marketing capabilities and is a key indicator of our growth prospects.

As a diversified operator that owns its own technology, the board continues to believe that 888 has a unique platform to deliver continued growth in the dynamic global online gaming industry.”

The brilliant performance is made all the more miraculous given that just two years ago, 888 Holdings were on the receiving end of a record fine issued by the Gambling Commission. In 2017, 888 briefly fell £39.3 million into the red after being forced to pay £7.8 million for outrageous behaviour. This record punishment was issued for failing to protect vulnerable customers from gambling-related harm.

It was discovered that over 7,000 888 account holders were able to access their accounts despite voluntarily banning themselves from being able to gamble. A total of £3,5 million was wagered over 13 months despite the self-exclusions meaning that, while self-exclusion options are available on 888 sites, they are not enforced anywhere near strictly enough to protect vulnerable account holders.

This included one customer who wagered 850,000 bets for the amount £1.3 million, £55k of which was staked in stolen funds, over a period of thirteen months. The customer gambled on an average of three or four hours a day while 888 looked the other way. This, according to the Gambling Commission, amounted to serious flaws in their operation, giving them sufficient cause for concern to warrant a punishment.

The £7.8 million penalty was made up of the repayment of the £3.5 million of deposits made by the self-excluded customers plus £62k compensation to the employer from whom money was stolen. Another £4.25 million was paid to a socially responsible cause to be invested in measures to tackle gambling-related harm.

Back in March of this year, 888 purchased the Irish sports betting operator BetBright’s sportsbook platform for just £15 million from Dedsert Limited. Almost immediately, BetBright ceased gambling operations as their product began its integration into 888’s wider, Kambi powered, platform. 888 plans to launch their first BetBright backed sportsbook in Sweden in the first quarter of 2020. 888 was founded back in 1999. It is headquartered in Gibraltar and is listed on the London Stock Exchange.