On the 10th of May 2022, Lionel Messi flew to Saudi Arabia in order to take part in an event with the country’s Ministry of Tourism. It was believed by many that the Argentinian striker was there in order to finalise his new position as a Tourism Ambassador for Saudi Arabia. Though Messi is one of the best-paid players ever to grace the game, thanks to his unbelievable ability on a football pitch, he still felt that it was necessary to earn more money by representing a state that is rife with corruption and human rights issues.

Messi’s visit to Saudi Arabia took place just a couple of weeks before the Champions League final was due to be held in the Russian city of Saint Petersburg. It was moved to Paris not because of the corruption that is apparent in Russia, but because of Vladimir Putin’s invasion of Ukraine months earlier. Later in the year, China is due to host the Winter Olympics. Sports in general seem to have a relationship with corrupt states and companies that are less than ethical, but why is that the case and can anything be done?

Regardless of the sport that you’re thinking about, there is little doubt that money talks. Whether it be football, golf or the Olympic Games themselves, it is always possible for the people that make the decisions of where they should be hosted to be susceptible to bribery. We know that that is what happened with the awarding of the 2018 World Cup to Russia as well as the same event heading to Qatar four years later, yet nothing happened in the years that followed the revelations. Why? Because it would have been too expensive to move them elsewhere.

From little things such as the advertising and memorabilia through to the massive stuff like the cost of building venues, there are any number of costs associated with hosting one of the world’s biggest sporting events. Countries that have spent money on such costs will want some form of recompense on occasions when the tournament is taken away from them, even if they have been guilty of corruption in order to win the right to host the competition in the first place. That cost would then need to be borne by the governing body that is responsible for awarding the hosting, so they ignore it all instead.

It isn’t just that that matters from a financial point of view either. Hosting one of the major tournaments in sport brings in huge sums to the local economy. Thousands if not millions of tourists head to the country in question, spending money in local shops and restaurants and boosting the coffers of their inhabitants, who then go and spend the money on new houses, cars and other items that prove economically beneficial to the country. Capital keeps circling well after the event is over and the circus has left town, so it is little wonder that countries are so keen to have the honour.

Indeed, it is so important to economies that countries are willing to spend millions in bribes in order to have the right to play hosts. This, in a nutshell, is why so many sports are tied so closely to corrupt countries. If those at the top of FIFA, UEFA or the International Olympic Committee are going to see their own pockets bulge as a result of awarding the hosting rights to the country that pays the most money, it is hardly a surprise such corruption tends to be rampant. That is clear for all to see, with Qatar being the obvious example.

If an organisation like FIFA can award the hosting of the World Cup to a company that needs to use modern day slave labour in order to get the stadiums built in time to host the competition, what depths would they be unwilling to sink to? That is the question that people need to ask, not only of FIFA but of all sports governing bodies that are so closely tied to regimes that are corrupt. The argument of giving the sport to parts of the world that has previous been forgotten is one that doesn’t wash, but what is the next step on that road?

Will we see teams like Saudi Arabia, Qatar and Iran be giving favourable draws in order to ensure that they go further in competitions? Russia were an under-performing nation heading into the 2018 World Cup and one with a well-documented doping system. Is it possible that blind eyes were turned to the results of anti-doping tests as the country made the semi-finals of the tournament as hosts? Or are we supposed to believe that it was merely the support of the home crowds that helped to push them on to victories?

Companies Will Pay Big Money For Contracts, Too 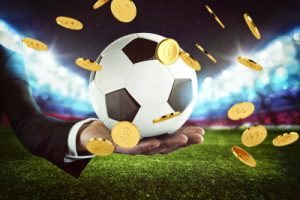 It isn’t just countries that are willing to pay big money for the right to be associated with a sporting event on the scale of the World Cup or the Olympics. It is very much in the interests of big companies to be sponsors of such tournaments, given the sheer amount of publicity that they gain all around the world thanks to the deals that they have in place. So it is that the likes of Gazprom are able to become huge sponsors of organisations such as UEFA, making it difficult for a sport’s governing body to distance itself from them when bad news leaks out.

When the world moved against Russia in the wake of the country’s invasion of Ukraine, UEFA felt as though it was backed into a corner over its sponsorship agreement with Gazprom. By tearing it up and seeking an alternative main sponsor, the governing body for football in Europe was walking away from tens of millions of pounds in sponsorship money for the foreseeable future. Gazprom sponsored the Champions League to the tune of £34 million per season, so it is hardly a surprise that the body was reluctant to give that much money up.

The extent to which sponsors may or may not have paid backhanders for the right to be involved with certain tournaments is unknown, but it is far from a shock to suggest that such a thing might happen when you consider what we know about the corruption in place in general. If a company such as Gazprom is willing to spend £34 million per season in order to sponsor the Champions League, the money that they make as a result must make it worth doing so. Is it outrageous to suggest that they might also pay some money to certain quarters off the books in order to ensure that the deal goes their way in the first place?

Is It Wrong To Give Such Countries Legitimacy?

Anyone that is familiar with what is happening at the likes of Manchester City and Newcastle United will be familiar with the idea of sports washing. In essence, it is when an association with a sporting event, competition or institution is used in order to alter the reputation of the person, nation state or corporation that is involved in it. As an example, by having a controlling stake in Newcastle United, albeit via a body that is once removed from the country itself, Saudi Arabia is able to turn people’s attention away from its human rights record.

When Russia hosted the 2018 World Cup, it did so at a time when its reputation was low on the global scene thanks to its aggressive foreign policy. In the wake of the World Cup, many people were talking instead about the friendliness of the Russian people and the success of the hosting of the tournament. That is sport washing in action, whilst countries getting involved in the financing of football clubs has another added benefit: the manner in which the club’s supporters will then go to bat for the country in the face of any criticism.

You need only look to how large amounts of Manchester City supporters will be defensive when questioned about where the money came from for the strengthening of the team. Sheikh Mansour is a hero to many at the club, all whilst the human rights of people in the United Arab Emirates are being abused by the government of the UAE. A report into the UAE by Amnesty International concluded that it held unfair trials, didn’t investigate allegations of torture, discriminated against women and abused migrant workers, yet City fans turn a blind eye or even argue against such findings.

By allowing football clubs to be bought by the government of the United Arab Emirates or Saudi Arabia, the Premier League, UEFA and FIFA are complicit in the whitewashing of their reputations. Similarly, when the Olympics are hosted by China or a Formula One race takes place in a country with a dubious human rights record, there is a sense that said country is being given legitimacy by the sports involved. It is bad enough when individual sports people choose to get involved in such countries, let alone the governing bodies.

Though Tyson Fury is a problematic individual with sexist and homophobic views and therefore his decision to host a fight in the Middle East should be a surprise to nobody, many thought that Anthony Joshua was above such things. Then his rematch bout with Andy Ruiz Junior was held in Diriyah in December of 2019. The move was heavily criticised, but it didn’t stop the boxer from also considering the country as a host location for his rematch with Oleksandr Usyk in 2022. If the money is there, the sports people won’t be far behind.

Can The ‘Addiction’ Be Broken? 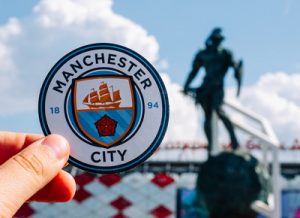 Whichever way you look at it, it seems as though there is a big problem with sports and countries that are corrupt or have appalling human rights records. Unfortunately, it seems as though very little can be done about it. As long as the money is there, different forms of sport will be happy to take a tainted dollar. Articles written in 2014 that promise a world of ‘fair, ethical sports for all’ seem quaint when compared to what has happened in the years since. There is a naivety to such claims that can’t be ignored, wishful thinking seemingly the watch words.

It isn’t even as if all of this is a new thing. In 1978, for example, the International Basketball Federation’s World Championship was held in the Philippines under the regime of Ferdinand Marcos. Five years earlier, Pierre Fourie and Bob Foster held their light heavyweight boxing match in the South African city of Johannesburg during the apartheid regime. The following year, the now famous ‘Rumble in the Jungle’ between Muhammad Ali and George Foreman took place in what is now the Democratic Republic of the Congo.

Nearly 50 years have passed since then, yet the same sports are making the same decisions because of the financial benefit of doing so. What does that tell us about the ability to break to habit in the future? Despite all of the fuss kicked up over the ownership of Manchester City by a country intent on sports washing, when another nation state came along to buy Newcastle United both the Premier League and the British government twisted themselves in knots in order to ensure that the sale went through without a hitch.

It is difficult to envision a future in which such things don’t continue to happen. At the time of writing, Manchester City have won four of the previous five Premier League titles, yet there is no desire to do anything about their dominance in English football. Beijing is due to host the Winter Olympics, with no conversations taking place about whether the right should be removed from China as a result of the dictatorial nature of the country. Perhaps in the future such discussions will take place, but as long as money talks louder than human rights, that seems extremely unlikely.