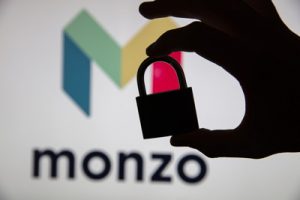 The United Kingdom has seen a flurry of activity from the Gambling Commission in the past couple of years to try and get its gambling sector on track. This has led to fines for online casino operators like LeoVegas and 888 Holdings, after certain transgressions that went against their official licence rules. And in more recent times, the government has said that it is in the process of overhauling the Gambling Act 2005, in order to create a more relevant set of laws pertaining to modern day gambling in the UK.

There is one area of online gambling that is in a bit of a flux at the moment though, and that relates to making payments to betting sites. While numerous payment methods are generally supported at online casinos and sportsbooks, bank transfers and debit card transactions are two of the primary ones. However, some banks have brought in functions where a user can block transactions through their bank account to online gambling sites. A user can simply turn this on and any time they try to make a deposit at a platform, it is outrightly denied. But should this be something that all banks currently provide to their customers?

Monzo certainly thinks so, and it has gone a step further to explain that it think gambling blocks should be a mandatory function of banks, rather than something they voluntarily introduce. This way, more people would be able to utilise such a function if they wanted to do so. What exactly are the rules surrounding this though, and is it likely that more banks will ensure that they include transactions blocks for gambling platforms?

How Monzo Is Leading the Way

It was back in May of 2018 that Monzo announced it was starting to work on a feature that would help its customers be able to self-exclude from gambling sites. It then went through a series of trials with some customers who had requested such a function, before being officially launched the following month.

This made Monzo one of the first banks to allow its customers to block gambling transactions from their bank account. The process of doing so is a simple one too, with customers simply needing to switch the function on via the app or by contacting someone from the Monzo support team. Once the feature is active, all payments that you try to make to gambling merchants from your Monzo account will be blocked. Simple, right?

It is not only that either, but Monzo knows how impulsive some gamblers can be. Therefore, it requires users to go to a little bit of extra effort when trying to turn the feature off. Essentially, users need to contact customer support, who will go through a series of questions with them beforehand. There will then be a 48-hour time-frame put in place before customers can finally elect to turn the gambling block off completely. Therefore, it gives gamblers a bit of time and space to think about if it is something they actually want to do.

However, Monzo wasn’t finished with just allowing its own customers to utilise such a feature. It has since campaigned for all banks to let customers block gambling transactions. And this, it says, should be a mandatory function of all financial institutions, not something that they can simply choose to do (or not to do in some instances).

Proposals currently being led by Monzo are being directed towards the government, which state that it should force banks to let customers block betting transactions. It also suggests that gambling firms hand over specific data so as to ensure that such a feature is watertight.

Monzo united with campaigners and problem gambling experts to direct a letter to the sports minister, Nigel Huddleston. He is currently overseeing the review of the Gambling Act 2005, and the campaigners would like the government to use this opportunity to remove obstacles for those people who wish to stop betting. Through this proposal, all providers should be forced to offer their users tools which would allow customers to bar themselves from proceeding with gambling transactions via a debit card.

The data that would be required from the gambling firms is their own bank details, which would be stored on a central registry. That would help the banks block all forms of payment from customers who want to utilise the feature, and thereby prevent them from using other options so as to circumvent the card blocks in place.

Halifax was the most recent major bank to join a selection of seven others providing such gambling blocking services. HSBC had announced a similar feature just one week prior to Halifax’s decision towards the end of 2019.

At the moment, the Monzo, Barclays and Starling lenders have introduced functions that allow users to block gambling transactions on their bank accounts or debit cards. Lloyds Bank, the Bank of Scotland and MBNA also provide their customers with a card freeze function for such transactions at the moment. With the addition of HSBC and Halifax, eight financial institutions have voluntarily introduced such blocks for their customers to use. According to reports, more than 15,000 debit card users have already signed up for the gambling blocks across those brands. Unfortunately, some of the tools available only provide a certain sort of gambling blocking service to particular accounts.

Research done by GambleAware suggests that around 40% of current account customers across the United Kingdom do not have the option to ban such transactions. That equates to about 28 million people. At the same time, about 40% of users are not even aware that such a function is available to use through their bank.

Monzo has stated that it currently has 275,000 users with active gambling blocks on their accounts. Fewer than 10% of those opt to deactivate the block once it has been switched on. Speaking of the desire for mandatory controls like this, Monzo CEO TS Anil said:

“We believe the government should take the opportunity afforded by the Gambling Act review to make sure every consumer in the UK can access these blocks, regardless of who they bank with”.

The letter forwarded on to Mr. Huddleston was also jointly signed by researchers at the University of Bristol, firms that provide gambling blocking software, a leading NHS gambling disorder expert and multiple gambling addiction campaign groups as well.

While it is true to say that various UK banks provide gambling blocking options, these are not all the same. Each bank has its own form of blocking such transactions and different services to do it through.

Other Prospects From The Government Letter

Two other points are raised within the Monzo and co. letter to the Government. These are whether gambling firms should be forced to disclose their bank details on a central registry for blocking purposes, and whether loot boxes in video games can be differentiated from normal gaming purchases.

The way forward for Monzo with regard to loot boxes is for the Government to work with gambling firms to seek out a way of making the separation clear between typical gaming purchases and the similarity to gambling with the boxes.

Loot boxes have been quite the area of speculation by many countries, and gambling charities in the UK have voiced their concern over the addictive qualities of them. Because younger people tend to play video games a lot more, those qualities that are similar to betting or spinning a wheel at an online casino for example, have left these charities concerned for the welfare of this demographic.

Unfortunately, financial services are unable to tell the difference between a loot box and standard video game purchases. Whether someone purchases a base game or a loot box within a game, this does not stand out as being anything different to a bank. Monzo argues that if there was a way of being able to differentiate between the two, it would be easier for banks to block transactions for loot boxes in a similar way to gambling transaction blocks. 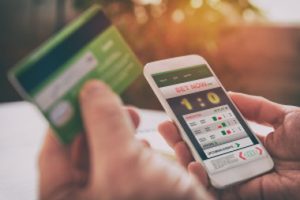 The general consensus behind both of the issues being raised in the letter to the Government, is that gamblers need to be able to have more control over their spending. Transactions to online gambling sites should be able to be blocked as a way of preventing gambling addiction. Despite the fact that rules were introduced in April 2020 that stops credit cards being used for online and offline gambling within the country, it took two years for that law to be enforced. And even the reduction in maximum bets on FOBTs was delayed before finally being enacted.

These slow changes have demonstrated how tardy the UK Government is when it comes to incorporating changes to gambling legislation. Even with concrete ideas like mandatory gambling blocks being introduced to all UK banks, it could take another year or two before that kind of thing is officially enacted. Which is why the overhaul of the UK Gambling Act is a definitive prime time to insert such an alteration. This way, it is not something that will be considered only after that legislation is adjusted to suit modern day gambling setups.

The Gambling Act has been acknowledged by the Government as being the basis of just about all regulation when it comes to the gambling scene in the country. And this needs to be suitable for today’s digital age. Yet, it is also the case that the possibilities for funding an account should be suited to this, too. And so too should the options for blocking such transactions, should a player need to do so.