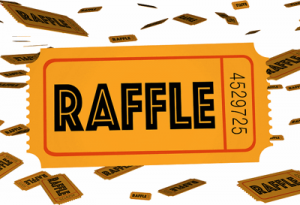 It has become more and more popular for people in the United Kingdom to run their own raffle for any number of things. The proliferation of the internet has meant that people are able to set up raffles for pretty much everything, up to an including their own home. The question is, is it legal for them to do so? Many people forget that raffles are gambling, meaning that they come under the control of the United Kingdom Gambling Commission.

The fact that the UKGC is responsible for monitoring the likes of raffles means that people have to tick certain boxes in order to keep them legal. Whilst it might seem like a quick and easy way to raise money, they are subject to laws about how they can be run and who is allowed to run them. They technically count as a lottery, so running them in the incorrect manner means that you’re breaking the law.

What Is A Raffle?

It might seem like a question with an obvious answer, but part of the question around raffles and the legality of them comes in identifying what a raffle actually is. The Cambridge Dictionary defines a raffle as follows:

“An activity in which people buy tickets with different numbers, some of which are later chosen to win prizes, that is organised in order to make money for a good social purpose.”

The key part of the definition is the final section, which references that the raffle is organised in order to make money ‘for a good social purpose’. The Gambling Commission also follows that definition, stating on its website that raffles, or lotteries, ‘can only be run for good causes’. This means that if you want to host a raffle then any money made must be going towards a charity, hospice or ‘other not-for-profit cause’.

A raffle, then, is a competition in which people have their name or a something that has been assigned to them, such as a number, drawn at random. The draw is associated with a prize, which is sent or given to the person after the draw has been made. Though organisers are allowed to charge money for raffle tickets, any money raised must either cover the cost of the raffle or else be given to a charitable business or organisation. 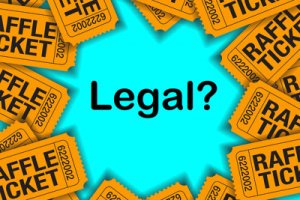 Legally, there are specific requirements around licences that people running raffles must adhere to. Whether you need a licence from the United Kingdom Gambling Commission or just a registration with your local authority will depend on which type of raffle you’re hoping to run. If your draw is worth less than £20,000, you don’t need a licence from the UKGC but do still need to register it with your local authority.

If, however, the draw that you’re making has proceeds that will exceed £20,000, or will exceed £250,000 in a 12 month period, then you’ll need to get a licence from the Gambling Commission to run it. Regardless of which type of raffle you’re looking to have, the responsibility for ensuring that it is legal to run it lies with you. As a result, anyone in any doubt should seek legal advice before running the lottery.

When it comes to legal questions, this includes the advertising and promotion of lotteries and raffles. If the Gambling Commission believes that you’re operating an unlawful raffle then they will work with social networking sites to stop it from being promoted and will work with payment processing sites to shut it down. If you promote an illegal lottery online then you could end up being fined, imprisoned or even both.

Is It A Prize Competition Or Free Draw?

Many of the competitions that you see online on social media sites are actually not lotteries at all. Instead, the organisers add an aspect to the competition in order to make it a free draw or a prize competition, which have different rules around them and can be used to make a profit. They still have to be set up correctly, though, and if they’re not then they might still qualify as a lottery and result in the organiser breaking the law. 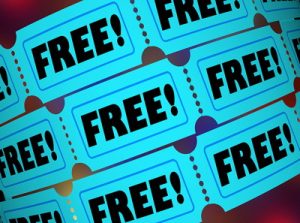 Free Draws are the less common method of awarding prizes seen online, largely because they must give participants a free method of entry. This can be online or via the post, with the latter only allowed if it incurs a ‘reasonable cost’ to participants. Genuine free draws do not class as gambling, meaning that they do not require a licence and the UKGC has no regulatory responsibility for the manner in which they’re run.

Free draws can be organised for a profit, with many being arranged as a product promotion. The Gambling Commission is unable to offer advice on how they should be structured, but they do monitor the boundary between a free draw, a lottery and a prize competition. As with other things in which there is a prize that can be won, it is the organisers responsibility to ensure that the draw is legally compliant. 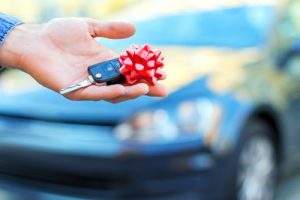 Most of the draws that you’ll see being made online, especially when it’s for something like a house, is actually a prize competition. As with free draws, it is not a form of gambling and so there is no need to gain a licence in order to run one. The key thing is to make sure that it is not organised in such a way that would make it into a lottery, which would then be illegal if run for profit and without the necessary licence or permission.

The answer to the article’s title, then, is that you can run your own raffle legally, but it cannot be to make you any personal profit and must instead be for a charity or good cause. If the proceeds are going to be less than £20,000 then you need to register the raffle with your local authority, whereas if the proceeds will be over £20,000 or £250,000 in a year then you’ll need a licence from the UKGC.

If you want to raise money, it will need to be either a free draw or a prize competition.