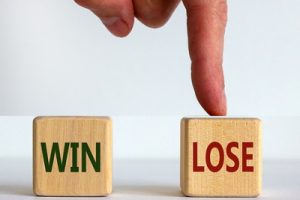 When most of us think about betting, we think of it as being a positive. That is to say, when we consider the wager we want to place, we think about betting on something to win rather that to lose. You look at the list of horses taking part in a race, for example, and ask yourself which of them will win the race that they’re taking part in rather than which of them will come in last place. Not everyone likes to think that way, however, and may therefore wish to bet on something not winning rather than coming in first place or being victorious.

Though it might seem a strange approach, there are numerous reasons why you might want to bet on something not winning. If there is an outright favourite for a horse race, for example, you will almost certainly get better odds on it not winning than on it winning.  You don’t think the favourite will win but you are not sure who else will win in its place so you want to bet against the favourite. Whilst some bookmakers might offer ‘not to win’ or ‘not to place’ markets, it is more common for punters looking to place such a bet to turn to the exchange in order to lay the horse, team or player that you don’t think will win than it is to use traditional bookies. 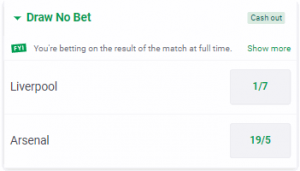 Depending on what it is that you’re thinking of betting on, traditional bookmakers may well have an option for you if you want to bet on it not winning. Imagine, for example, that you’re watching a football match between Chelsea and Southampton. Chelsea have been in brilliant form for the weeks leading up to the match taking place and Southampton have lost their last four games, meaning that the odds on Chelsea being victorious are stupidly low and barely worth taking a bookie up on. What can you do to get a value wager?

You know that Chelsea’s main striker has picked up an injury in training whilst Southampton’s best player has just returned from suspension. You think that the bookies have got it wrong, so you look at the various markets to see what options are open to you and there are two main ones that stand out: Draw No Bet and Double Chance. The former means that you can bet on Southampton under the Draw No Bet market and if Saints win then you win, but if the game finishes in a draw then you get your stake money back.  This is also referred to as a cover bet.

Double Chance, meanwhile, will offer you a selection of markets like the following:

Opting for the Southampton / Draw wager means that you’re betting on one of those to things to happen, which is the equivalent of a bet on Chelsea to lose. Alternatively, you could also opt for Single bets on the Southampton win or the match ending in a draw, which is also equatable to betting on Chelsea not winning. Obviously none of these things are direct bets on Chelsea not winning, but they are alternatives that essentially mean exactly the same thing, so they are at least worth thinking about.

Alternatively you can place two bets, a bet on Southampton to win and a bet on a draw.  The issue here is only one of those bets could win and therefore you will always lose at least one of those stakes.

Finally if no market is available you can ask a bookmaker directly using bet request features.  Here you could ask them for odds, say for ‘Man City to not win the league’.  They often will then give you odds, although be careful as these odds are often poor value.

It is generally much easier to bet against something winning in the world of horse racing. It is common for bookmakers to offer markets such as ‘Not To Win’ or ‘Not To Place’, both of which are equatable bets to a wager on something not winning. It is easier to understand in horse racing because the field is typically much easier to get your head around than if you were betting on something like a football match or a rugby game. The horses will race and one of them will cross the finish line before the others, deciding things definitively.

As a result, you can bet on all sorts of various markets, including betting ‘on the field’ instead of the favourite. Both of the bets mentioned here are easy enough to understand, given that they basically mean that you think the horse that you’ve chosen will either not win or will fail to finish in the places. The odds will work in the opposite way to how straight Win odds will work. A horse that the bookies think has little chance of winning will be 1/100 on in the Not To Win market, for example, rather than 20/1 to win. Horse that might win, meanwhile, will have much shorter odds to win, e.g. 1/2 and higher odds not to win, e.g 13/8.

Betting On The Exchange 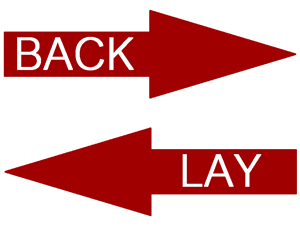 Placing a wager on a betting exchange is not something that you should do without understanding what it is that you’re engaging in. Whilst it is simpler than it initially appears, there’s no doubt that it is more complicated than placing a bet with a traditional bookmaker. Even so, you’re much more definitively able to place a bet on something not to win by betting with the exchange; just don’t rush to do it without first doing some research on how the bet types work. Here’s what each of them means:

To look at things in more simplistic terms, let’s imagine that you’re betting on that Chelsea game against Southampton, but this time doing so on an exchange. You’re given the option of Backing Southampton at odds of 4.31, placing a bet worth £20. You bet will be a winning one provided Southampton win the match, with a draw or a Chelsea win meaning that your bet is a loser and you’ll lose your stake as a result. A Southampton win results in you being paid £66.20 and getting your £20 stake paid back to you.

The alternative is a Lay bet on Chelsea. This is the equivalent of saying that Chelsea will not win the match. This is the type of bet that can make exchange betting seem quite complicated. What you’re doing now is choosing an amount of money that you’ll stand to win if you win your bet, which exchanges call a ‘Lay Bet’. You’ll also be told what your liability it, which is the amount that you’ll lose if Chelsea do win, against what you thought would happen. The exchange site will take a commission form the winning bet, which operates in place of a margin built into the bets.

Exchanges in effect let you bet against other people.  The converse of that is you can take bets from other people (laying).  This makes you your own micro-bookmaker, you can choose to take bets on all sorts of markets, effectively betting on something not to win, while someone else takes that bet and backs the selection to win.