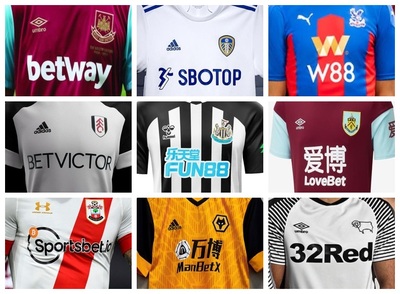 The topic of gambling addiction is never far from the headlines, and for the sport of football the link is especially problematic because so many clubs have historically been sponsored by gambling firms.

This means their logos have been plastered on the front of shirts, training kits, and other merchandise, which is then seen by and promoted to everyone that watches or supports the team in question.

This includes a great number of supporters under the age of 16, which is at odds with the current drive to clean up gambling and keep it away from those who are at risk and those that are under age.

The Government is even considering a blanket ban on gambling firms making deals to be a club’s shirt sponsor, and this will hit the clubs in the pocket, as these deals can be worth millions of pounds per season.

How are the gambling firms and the football clubs responding to this pressure from lobbyists and the government?

How Many Premier League Teams Have Gambling Sponsors?

Interestingly, the Premier League isn’t the prime target for betting companies, but for the 2021 campaign there were still 10 teams out of 20 sporting the branding of a betting site.

That’s 50%, making gambling the biggest sponsorship sector by far, with the next biggest sector being financial services.

This is a pretty consistent ratio too if we look back at the number of teams sponsored by gambling firms over the last few years:

As you can see, it has been wavering between 40% and 50% for some time, and although it dipped towards the lower end of the spectrum last season it is back up to 50% this year. This is partly because newly promoted teams find it so difficult to turn down the money that betting firms can offer.

But shirt sponsors are only part of the story, because many teams also have official gambling partners.

For the current 21/22 season, the teams with gambling sponsors or partnerships of any kind are:

Those of you that know the Premier League well will have spotted that only three teams, Norwich City, Liverpool, and Chelsea, have no affiliation with any betting companies at all.

That means that a massive 85% of Premier League teams earn money through sponsorship by betting brands for the 2021/22 season.

Of those with shirt sponsors, the deals they have in place are worth the following:

You might expect the Premier League to be the holy grail of sponsorship deals, but actually, for gambling companies at least, it is the Championship that is the biggest target.

This was more so the case in the 2019/20 season, when 17 out of 24 clubs were wearing the brands of betting firms on their jerseys, as we covered in our article at the time. Last year there were 13 teams wearing betting brands. Over the last few seasons, between 50% and 70% of teams have played wearing a gambling firm’s branding, compared to between 40% and 50% in the Premier League.

The Championship is watched by many many fans, big teams are involved, but the cost to the sponsor is much lower. This makes it a perfect place to get value for money, although for the 21/22 season these numbers have come down.

However, the same cannot be said for the bottom two leagues in the EFL (although the EFL itself is sponsored by Skybet), and the stats speak for themselves.

If you are wondering how the Championship can have a different number of sponsorship deals than it can have shirt sponsorship deals, it’s because many deals only cover specific criteria. So a shirt deal may cover the front of the shirt only, or it may also include the betting firm as the club’s official betting partner.

However, some teams have a non-gambling related shirt sponsor and an official betting partner deal with a sportsbook.

You can see far less interest from betting brands in the bottom two tiers of English football, and this is normal as local companies tend to take the packages offered by lower league clubs, while national and international brands are more likely to throw themselves at clubs in the top two footballing tiers.

Even in the lower leagues for the 2021/22 season, 2 of the 4 clubs with an official betting partner share the same betting company, Betting.bet, so only 3 gambling brands are actually present in that league. So in the bottom two tiers of English football one betting company covers 50% of all gambling sponsorship.

Despite so much pressure on football as a whole to do something about gambling harm, including the potential new laws banning shirt sponsorship all together, the reaction from clubs and brands has been mixed.

The Championship has seen a huge drop in front of shirt sponsors from gambling companies this season, but the reasons for this aren’t 100% clear. In some cases it may be down to the heat, and in others it may be more to do with a club’s moralistic stand point, while for some it may simply be because the best offer was from a different sector.

In the Premier League there has been no change worth mentioning other than a few clubs taking a stand of their own accord.

Everton are a good example. They dropped their gambling sponsors, SportPesa, mid-contract, because the brand no longer fitted their commercial strategy. This was a big deal because at £7 million a year it was the biggest sponsorship deal Everton had ever signed.

However, Everton are a big club in the Premier League and not only do they have other sources of income, but they could pretty much guarantee that another company would come along and want to fill the gap – and this is exactly what happened when they signed a deal with Cazoo, worth even more at £9 or £10 million per year. Clubs in the leagues below do not have the same luxury, with the financial gulf between them making lucrative sponsorship deals difficult to turn down.

This isn’t stopping all clubs though. Among others, Tranmere Rovers and Luton Town will not accept sponsorship money form gambling companies, and are actively combatting harmful gambling by offering help to those affected and promoting responsible gambling.

There have been some other reactions too. Interestingly, in League 1, Ipswich Town’s shirt sponsor was Magical Vegas, but they gifted their deal to the Carers Trust, so although a gambling firm is still footing the bill a charity is getting the publicity. 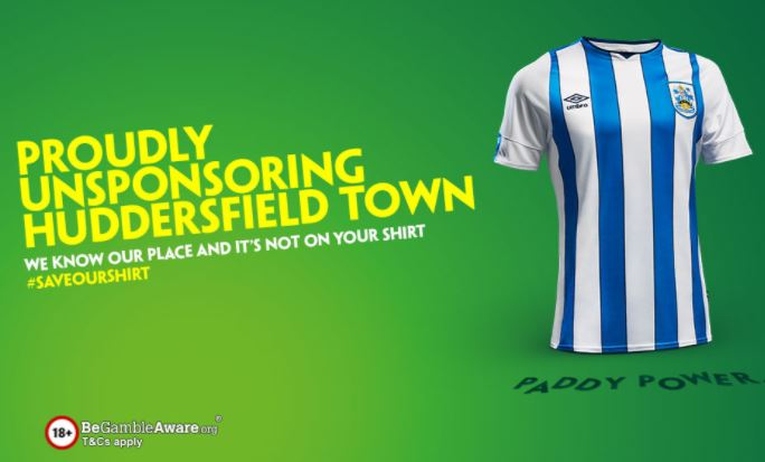 Paddy Power did something similar in 2019 when they sponsored Huddersfield, although for them it was more of a publicity stunt than an act of charity. They sponsored the shirt but agreed to remove their branding, leaving it just showing the club’s colours. They called it the ‘Save Our Shirts’ campaign and did the same at four other clubs.

Some gambling companies are even getting behind the proposed ban on football advertising, with GVC (now Entain) removing all advertising from their brands (so Ladbrokes, Coral, and others) from football shirts, pitches, and websites. They will not sponsor football in any way and even want broadcast advertisements limited.

What Will Happen if Gambling Brands are Banned From Football Jerseys? 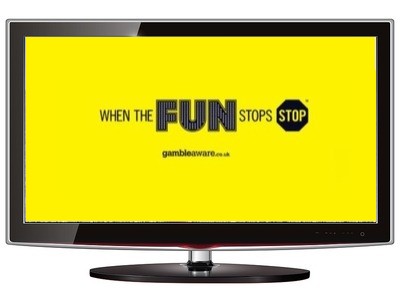 If the ban comes in, then we can probably expect to see gambling companies trying to find ways of staying present in the world of football without directly advertising.

For example, many companies already use their expensive TV advertising time to promote responsible gambling rather than their offers or new products. This still advertises the brand, but in a more positive light and without attempting to hook customers with a specific campaign.

Some version of advertising boards saying “Betting Brand X Says Please Gamble Responsibly” might be how they do it, as they will still want their brands to get picked up in TV footage and media coverage.

Of course, if the ban affects more than just the front of the shirt then this will be much harder to do, and brands will have to turn to social media instead, maybe even fan sites and the like.

They could even start to develop non gambling products and promote them instead. A ‘Betting Brand X Blog’ that is separate from the gambling site itself perhaps.

Something else we are starting to see is the introduction of trading websites sponsoring football shirts. SpreadEx and FBS are two that spring to mind, sponsoring Burnley and Leicester respectively. SpreadEx has a sports betting side now, and although FBS focuses on FOREX trading, for many this is only a slightly different shade of betting.

This sort of sponsorship could quite possibly be a more common occurrence over the next few years.