In football, so many factors can end up affecting the final score of a match. From tactical tweaks to refereeing decisions, and even weather – it doesn’t merely come down to the talents of the 22 individuals on the pitch.

However, there is an additional factor that can sometimes play a massive role in deciding the outcome of games. The distance an away side has to travel, and the time it takes them to do so, has long been posited as a reason why some travelling sides don’t play to their full potential. But to what extent is this actually true? Let’s find out.

The Importance Of Playing At Home 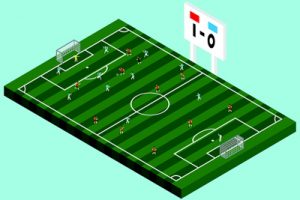 Since the very inception of association football, home advantage has been crucially important. Unlike in some sports, where there are standardised venues and neutral crowds, every football stadium is uniquely different. Taking away the travel element for one moment, an away team has to contend with different pitches, hostile fans, and perhaps unfamiliar weather climates.

Such is the importance of playing at home, that in many competitions such as the Champions League, an ‘away goal rule’ was implemented to try and reward teams that successfully mitigated the task of playing on enemy soil. The rule dictates that, if the score is level after two legs of a knockout tie, the team that scored more goals away from home would advance to the next round.

While it has now been scrapped, its importance in the early years of European football shouldn’t be overlooked. Back in the 1950s and 1960s, English teams would frequently venture behind the ‘Iron Curtain’ when playing in the old European Cup. This saw them play in countries like Yugoslavia, the USSR and East Germany, which would have felt entirely alien at the time.

Wolverhampton Wanderers were one of the first English clubs to play in the USSR in the mid-1950s, but despite being regarded as the world’s greatest side at the time, they lost to both Spartak and Dynamo Moscow during their time in the nation’s capital.

In the era of the internet and globalisation, the modern jet-setting footballer is better prepared to play in far-flung regions of the world, although it still isn’t easy to perform in an entirely new and unfamiliar environment. After all, every football crowd offers something different, as indeed does every stadium. Abuse from the stands, as well as small and uncomfortable away dressing rooms both have the potential to throw a player off his game ever so slightly.

Nevertheless, aside from the aforementioned, the greatest advantage of playing at home is that you are extremely familiar with your surroundings, and you barely have to travel to reach the stadium. This is where we get to the discussion of distance travelled, and how it might impact away sides.

What Are The Longest Journeys In English Football? 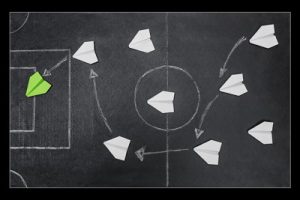 While England is one of the smaller footballing giants, much to the relief of fans up and down the country, there are still plenty of fixtures that provide a logistical challenge to teams and supporters alike.

Here are some of the longest journeys possible in the top four divisions of English football, in terms of sheer distance covered:

The difficulties faced by teams in the North-west of England are clear, as virtually every journey is burdensome in some way. As the table below demonstrates, the situation is even trickier for Premier League side Newcastle United, with no other North-west club currently in the top flight. This means that they travel further than any other club during a campaign – and by some margin.

Distance travelled by Premier League clubs during the 2018/19 season: 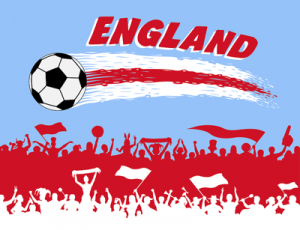 With all of this in mind, we should be able to identify a clear and obvious trend of distance covered negatively impacting teams the further they travel. And yet, while this may be a logical assumption to make, we do have to acknowledge one or two factors that could quash this theory.

Firstly, for most top-flight and financially well-off football clubs, long-haul journeys within the same country will simply be done via air travel, rather than on trains or coaches. While a long distance is technically being covered, the time is going to be relatively short – and not very arduous at all. Those same teams will be travelling in the most comfortable of environments, even if they don’t fly. For most Premier League sides, the journey is a small inconvenience.

To this end, when looking at the correlation between performance and distance covered for away days, the best sample set in English football is going to be the lower leagues – where air travel to games is far less common. For this, we can look at a 2017 study by football analyst Gwliym Lockwood, which attempts to track whether teams that have travelled more on average suffered as a result of this on the pitch.

This is surprising, but there could be several reasons contributing to this:

Along similar lines, a 2016 analysis by Mathematically Safe also showed that, in English football, the difference between short and long journeys in terms of points gained by the away side was minimal.

According to their data, distance travelled is not a significant inhibitor of performance overall. Across the Football League, the number of goals per game remains identical whether a team has travelled long or far, with the away team scoring an average of 1.18 (GpG) regardless. 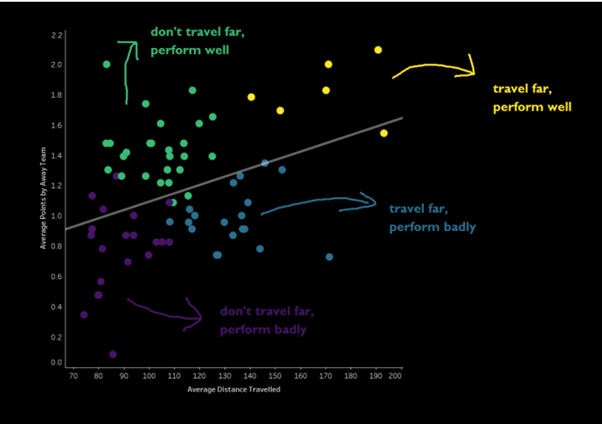 Is The Story Different Abroad?

The question becomes altogether different when we look at other leagues around the world, where away journeys dwarf that of Carlisle to Plymouth. Here are just some of the longest recorded domestic away days in world football:

The promotion of Khabarovsk to the Russian Premier League in 2017 created a logistical headache for 2008 UEFA Cup winners Zenit. The 10-hour flight from the Russian city of St Petersburg, which is near Scandinavia, takes the players to a different continent altogether – almost 11,000 miles away.

This A-League clash, between two of Australian football’s biggest clubs, can only be undertaken via plane, as a drive across the Outback would be virtually impossible. Uniting the only major Western Australian club with the league’s only non-Australian club in Wellington, players must take a six-and-a-half-hour flight either way.

Spanning two North American countries, this MLS clash sees the two teams take six-hour flights either way. Going diagonally across the US and then Canada, it’s a highly unique trip for a domestic league match. 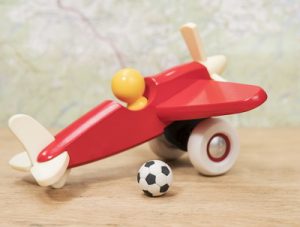 In the case of the three aforementioned fixtures, there still doesn’t appear to be a huge disadvantage when travelling such long distances. SKA-Khabarovsk have only played Zenit once at home since 2017, on account of being relegated after just one season in the Russian Premier League.

Zenit won both ties convincingly, earning their biggest win of that season at home to SKA 6-0. The Russian giants had a much better side, having finished 5th in the league that year, although, arguably, SKA’s long journey to the West coast did hurt their performance in St Petersburg.

As for Perth v Wellington in the A-League, the New Zealand outfit appears to have been unfazed by their 6,542-mile trip to Western Australia in recent years, having beaten Glory three times away from home since July 2020.

Orlando City v Vancouver Whitecaps, meanwhile, also shows no clear and obvious advantage to the respective home side when they meet. Having played each other just five times since March 2015, the team playing at home has won just two of those overall.

The Impact Of Weather Conditions Away From Home 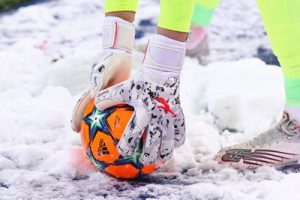 The importance of external factors, such as climate, shouldn’t be overlooked when it comes to football matches. For instance, while a team travelling up to Newcastle from the South coast of England may be weary after the long journey, their performance could also be adversely affected by the colder weather conditions in the North-East.

This is true across the board, as any team that is travelling long distances to a place with slightly different weather conditions than their own will have to try and adapt quickly.

Oftentimes, distance travelled can combine with weather conditions to undermine a campaign. At the 2014 World Cup in Brazil, England were eliminated in the group stage, having failed to earn a win in three attempts. This humiliation wasn’t just put down to the failings of the players and manager Roy Hodgson.

Instead, the sweltering South American heat, as well as the ludicrous mileage the players had put in by the end of the three games, was also used as an excuse for their performance.

The Three Lions played their opening game in the humid Amazonian city of Manaus, before heading down to Sao Paulo, and then finally, Belo Horizonte. By the end of the group stage, they had travelled over 3,500 miles, more than eight times the length of their home country.

“Guys that play in Europe … for the most part you’re taking a bus, a train or a one-hour plane flight.” England’s early exit from that World Cup cannot be blamed squarely on travel or heat, but it certainly wouldn’t have helped their cause either.

In summary, it’s hard to definitively conclude that distance travelled has a major bearing on the performance of a given team. While it may have been the case in years and decades gone by, for the truly elite clubs and national sides, air travel and luxurious train travel have made these trips much less burdensome.

Even in the case of some long-haul journeys, such as Perth against Wellington in the A-League, there seemingly isn’t a huge advantage for the respective home side when they meet. Instead, other factors such as weather and the nature of the trip appear to have a greater influence on how a team will perform.

For instance, a European team playing in humid South American heat, or a poorly funded club that must travel to an away stadium via coach, will generally struggle more than a side that flies 6000 miles to an away game in first class.

When it comes to long-haul travel, is it the loyal away fans to whom we must extend our sympathies, as modern luxuries make it easier than ever for the players to mitigate the effects of hours in transit.