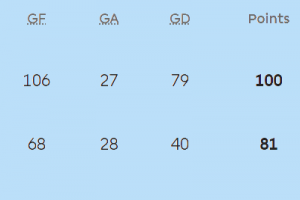 In tiebreaker scenarios, football leagues and governing bodies around the globe have a litany of options at their disposal to separate two or more evenly matched sides. While head-to-head records and ‘goal average’ have both historically been used, goal difference has become the de facto tiebreaker of choice for most major competitions.

But how did we get here, and more to the point, how important has goal difference become in the modern game? The following piece will explore such questions in detail, looking at how this tiebreaker solution has changed the game since first being introduced over 50 years ago.

Before Goal Difference We Had Goal Average 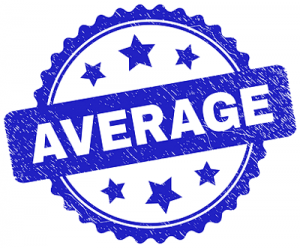 Long before we saw goal difference introduced on football tables everywhere, there was a so-called ‘goal average’. A more convoluted and flawed system, it was utilized several times to decide the fate of the old English First Division title when two sides ended the season level on points.

The main reason goal average was replaced by goal difference was due to the former’s encouragement of lower-scoring games. For example, a team that scores 70 in a league season while conceding 40 would have a lesser goal average (1.750) than another team that scores 69 while conceding 39 (1.769). Further issues arise from goal average when a team concedes no goals (as was the case at the 1966 World Cup – mainly because a value cannot be calculated. It also led to different table outcomes when compared to the goal difference tiebreaker, as you can see below.

There are two major post-war examples of the English First Division championship being settled by goal average. In the 1952-53 season, Arsenal pipped Preston North End to the title after averaging 1.516 to the Lilywhites’ 1.417. Just over a decade later, in 1965, Manchester United won a momentous league title under Matt Busby, edging out Leeds United on goal average after both clubs earned 61 points. One of the great flaws of goal average was exposed this season, as Leeds’ average of 1.596 was actually lower than third-placed Chelsea’s, who had five fewer points. This antiquated metric was soon scrapped thanks to the introduction of goal difference. Simply put, a team’s GD (goal difference) is the number of goals they score, minus their goals conceded.

When Was Goal Difference First Introduced? 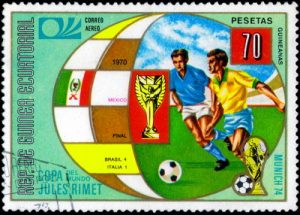 Goal difference, in its current form, was first introduced into the beautiful game in time for the 1970 FIFA World Cup in Mexico. FIFA used the tiebreaker solution in the round-robin group stage, which determined who then reached the knockout rounds. As it turned out, only one of the tournament’s four groups needed to use goal difference to decide who finished where – that being group one.

This saw host nation Mexico beaten out to top spot by the USSR, not on goal difference, but via the drawing of lots. This was because both sides had the exact same goal difference, and number of goals scored, exposing one key flaw of GD at the very first tournament it was trialled in.

*USSR finished 1st after the drawing of lots

Despite its relative lack of impact, goal difference would be implemented by the English First Division six years later, replacing the antiquated goal average system that was also used at the 1966 World Cup in England. From there, the tiebreaker solution would remain an ever-present on the first division table, even surviving the league’s transition into the Premier League in 1992. 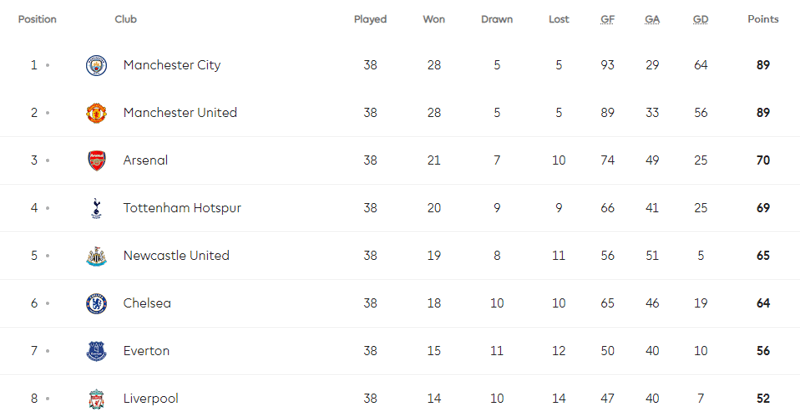 While still a rare occurrence, we have seen a few instances of league titles being decided on goal difference, whereby two or more sides were level on points after the final matchday. In terms of the major European leagues, one of the most notorious examples came back in the 2006/07 Eredivisie season, where three sides had the opportunity to win the league heading into the final matchday weekend.

AZ Alkmaar, Ajax and PSV were all on 72 points after 33 games, with AZ holding a healthy +6 goal difference over their rivals. However, when only PSV and Ajax won their final matches, the title came down to goal difference. PSV legend Phillip Cocu scored in the 77th minute against Vitesse to make it 5-1, and thus, hand his side the Eredivisie title by a single goal.

Moreover, it isn’t only in mainland Europe where goal difference has made all the difference in a title scrap. Back in 2012, the Premier League title was won in the most dramatic of circumstances by Manchester City – who lifted the trophy for the very first time thanks to goal difference. On the final day of the 2011/2012 Premier League season, City scored a 94th-minute winner against QPR to beat crosstown rivals Manchester United to the title by eight clear goals.

Just before the inception of the Premier League, Liverpool and Arsenal would have to be separated by goals scored, as the two sides battled it out for the 1988/89 First Division title. The two titans of English football met at Anfield on the final game of the season, with Arsenal needed to win by two clear goals to overturn Liverpool’s point and goal advantage.

They did just that, thanks to a late Michael Thomas strike, which handed the Gunners a 2-0 win. With both sides finishing the season on 73 points and +37 GD, Arsenal’s 73 goals scored to Liverpool’s 65 was just enough to bring the trophy back to Highbury.

Does It Encourage Teams To Score More Goals? 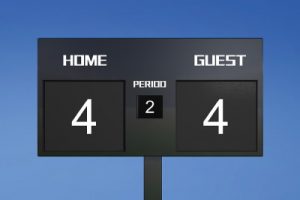 Every team chasing a title, a European spot, or simply trying to avoid relegation will want to achieve their target by earning more points than their direct rivals. However, it’s entirely possible that GD has made managers and players more aware of the number of goals their side scores/concedes.

For instance, going back to Manchester City’s 2012 Premier League triumph, one of the most notable results that season was the Sky Blues’ 6-1 dismantling of United at Old Trafford. The away side kept their foot on the accelerator, long after the game was already won, whereas other teams may have simply opted to conserve energy in the latter stages.

Whether this was a decision motivated by GD remains to be seen, but it made all the difference come the end of the season – as City held a clear GD advantage over their neighbours.

You can find plenty of examples where a side has been punished for not scoring enough goals, with one of the best-case studies being the Scotland National Team at the 1978 World Cup. In the group stage, the Tartan Army headed into the final game needing to beat 1974 finalists Holland by three clear goals to advance to the next round. They could only manage a spirited 3-1 win, inspired by an Archie Gemmill double. It was a potentially decisive moment in Scottish football history, as Holland went on to reach the final of the 1978 World Cup.

Overall, while GD may not be the sole motivation for big winning margins, it has arguably made teams more ruthless when in a commanding position, as many will go for the jugular, rather than easing off in the closing stages. 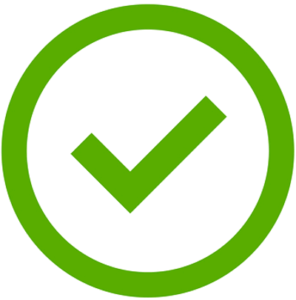 Quite simply, deciding league or group position based upon goal difference seems to be the fairest tiebreaker of them all. With replays, playoffs, and coin tosses all relics of eras gone by, it rewards teams who win matches decisively, rather than by sheer luck.

It also feels like a more representative tiebreaker than one alternative that is used in other sports – that being head-to-head. When that is used as the primary tiebreaker, a team who has theoretically scored far fewer goals, and conceded far more, could win a title if they have managed to eke out a result over their title rival earlier in the season. In such an example, one game would decide the title. 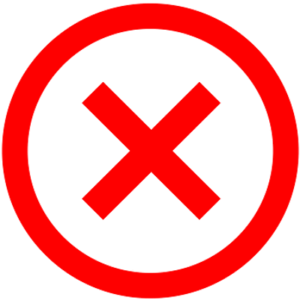 With that being said, GD still isn’t a perfect solution. It can be the case that it massively disadvantages defensively minded sides, where the scoreline may not be the truest reflection of a side’s supremacy. There is also a fairly compelling case as to why GD should be scrapped altogether in round-robin scenarios, such as in a World Cup or Champions League group stage.

With sides only playing three other teams in a group, one could argue that head-to-head becomes a more representative tiebreaker to use, as progression to the next round might otherwise come down to who scored more goals against the group’s whipping boys. With so few games played, GD can be limited in terms of separating teams.

Is Goal Difference Here To Stay?

The short answer is yes. Where other tiebreaker solutions historically created issues, few can argue against GD as a concept for separating extremely well-matched sides.

After all, every team that starts a league or group campaign is fully aware of which tiebreaker can and will be used. This gives them the opportunity to change the way they approach certain games – to try and score more against the weaker teams, and in turn concede fewer goals against the best of the best.

It should also be pointed out how rare it is for GD to be called into action – at least in the major five European leagues. Over the past 10 Premier League seasons, GD has decided the title just once (in 2012) and hasn’t been needed at all to allocate the relegation places. Further to this, it has only been used as a tiebreaker once to decide the final Champions League place, and once to settle the Europa League spots.

The story is similar for the first 19 years of the Premier League (1992-2011), as the graph below demonstrates:

The implementation of the goal difference tiebreaker has proven to be immensely useful in football over the past half a century. Still used frequently in major competitions to decide who will progress from a round-robin group, its simplicity, compared to that of ‘goal average’, is its great strength.

It can be said that GD plays a more important role in the game now than it ever has before. This is chiefly because of how the tiebreaker is used in the European Championships. At Euro 2020, third-place finishers in each group were in with a chance of progressing to the Last 16. Finishers with the most points in each respective group would progress, and then, if sides still couldn’t be separated, the 3rd placed teams with the best goal difference would advance.

The importance of GD has been underlined by such innovative competition formats, even if it’s hardly ever called upon in the Premier League. Fundamentally, it remains the fairest way of all for titles and relegation spots to be decided when there is little else to differentiate well-matched sides.