If you’re ever watched an event such as the Olympics or an athletics meeting, you’ll know doubt be familiar with the sports that make up the likes of a triathlon. Asking competitors to take on running, cycling and swimming is considered by many to be on the of the key tests that a true athlete can compete in. Whilst the triathlon is probably the most famous such event, it is not the only multi-discipline sporting event that comes under the vague bracket of being an ‘-athlon’. The pentathlon and decathlon are also well-known tests of sporting prowess.

The question is, where did such multi-sporting events come from? Is there a reason the sports that were selected for them were the sports that they were? In the modern pentathlon, for example, horse racing was mixed with fencing and shooting, up until after the 2020 Summer Olympics. The mix of sports in the various events has always been designed to show that the competitors have the ability to take on disciplines that show off numerous different aspects of being a sports person, competing in the disciplines to the best of their ability in the hope of winning.

The Origin Of Multi-Sports Contests

The post-script word of ‘-athlon’ comes from the Greek word ἆθλον, which means ‘sport contest’. It can also mean ‘prize of a contest’ or ‘place of a contest: arena’, which gives you some sense of the origins of it. The history of the various events differ, however, with the specific event dictating when it began and why it takes place. Looking at the triathlon, for example, it is believed by many that it grew out of multi-disciplinary events that took place in France at the turn of the 20th century, using different combinations of three sports.

In 1901, for example, the area of Joinville-le-Pont in the region of Val-de-Marne hosted ‘les trois sports’ events, which asked competitors to run, ride a bike and then use a canoe. The decathlon, meanwhile, is similar in nature to the pentathlon that took place in the ancient Greek Olympics. It is also closely linked to a competition known as an ‘all-round’, which was first contested at the United States Amateur Championships of 1884. It wouldn’t appear in the Summer Olympics until 1912, but when it did it is likely it was seen as being a combination of the ancient pentathlon and the ‘all-round’.

We will start by exploring some of the more well-known -athlons that exist in sport. Whilst the likes of the tetrathlon might cram a wealth of sports into it, it isn’t celebrated enough to find a place on our list. Similarly, the likes of the duathlon combines running and swimming, but by limiting itself to two sports it doesn’t quite make the list. The same rules apply to events such as laser run, ski archery and chess boxing; all excellent additions to the sporting world but hardly well-known in the true sense of the expression. 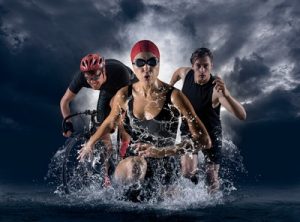 As the name suggests, a triathlon is a combination of three sports. Typically speaking, it asks competitors to engage in a 1.5 kilometre swim before cycling for 40 kilometres and running ten kilometres. The choice of the sports was essentially random, with the triathlon as we understand in the modern era growing out of the ‘les trois sports’ events in France, first started in 1901. Back then, competitors were asked to do a run before cycling and finally getting into a canoe. By 1921, the canoe section had been replace with a more traditional swim.

As the 1920s developed, three-sport events began to spring up around France before moving further afield. Despite this, no unified rules of a triathlon appeared until a swim, bike and run event took place in California in 1974. That is considered to be the origin of the modern version of the sport, moving back to Europe in the 1980s. The European Triathlon Union was established in 1985 and triathlon became a demonstration event at the Summer Olympics seven years later. The International Triathlon Union was established in 1989 and recognised as the sport’s official body by the IOC in 1991.

Whilst it might feel as though it’s a sporting event that is as old as time, the International Olympic Committee only agreed to add it to the roster as a medal-earning sport for the 2000 Summer Olympics. As you probably know already, there are numerous different versions of the triathlon that have taken place since including the following:

There is a sense of uncertainty around the creation of the modern pentathlon. The founder of the modern Olympic Games, Baron Pierre de Coubertin, did claim that he created it, but the President of the Organising Committee for the 1912 Games, Viktor Balck, suggested that he used the tradition from the Swedish military of multi-sport events to create it. Regardless, the name of the sport comes from the Greek ‘péntathlon’, which means ‘contest of five events. So it is that five sports are competed over, much like the original pentathlon.

Whereas the Ancient Greek version of the sport involved a foot race, wrestling, a long jump, javelin and discus, the modern pentathlon sees competitors take part in a fencing round, freestyle swimming over 200 metres, equestrian show jumping and a final event that sees athletes run a total of 3,200 metres cross-country, stopping every 800 metres to shoot laser pistols at a target. The original pentathlon was designed to showcase the perfect soldier, with the modern version also asking participants to show their expertise in important military areas.

The horse racing was the subject of some controversy at the 2020 Summer Olympics when numerous athletes struggled to control their steeds. This led to a coach from the German team to strike one of the horses, which in turn resulted in criticism of the event as a whole. At the time of writing, the horse racing event has been dropped from the Olympic roster but a replacement sport hasn’t yet been decided upon. As with the triathlon, there are different versions of the pentathlon that have taken place over the years, including the following: 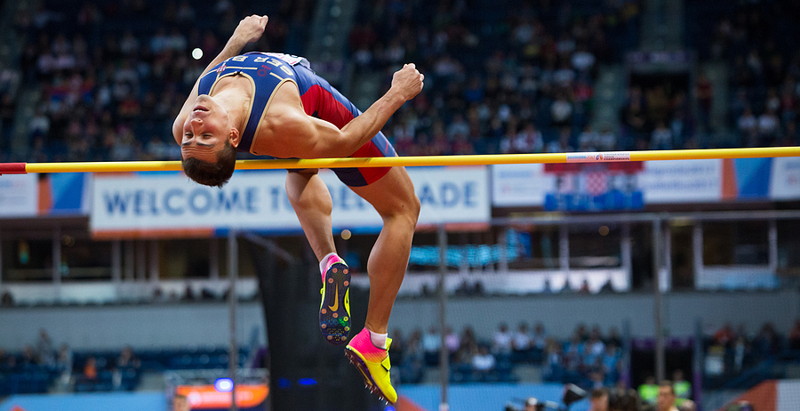 With a name deriving from the Greek ‘επτά ἄθλος’, the heptathlon is a seven-sport event. There are two different heptathlons, one for men and another for women, including different events and a different way of working. The men’s heptathlon, for example, tends to be held indoors, whilst the women’s is an outdoor event and was only introduced to the Olympics in 1984. For the men’s event, competitors are asked to take on the following seven disciplines:

The athletes score points according to their performance, with the one that achieves the highest number of points winning the event. At the time of writing, the following minimum benchmarks apply, which the athletes would beed to hit in order to earn 1,000 points per discipline:

For women, the event is commonly held outdoors and is usually split over two days. On day one, the following disciplines will be competed:

The final three disciplines are usually competed on the second day and are as follows:

The heptathlon replaced the pentathlon as the primary combined discipline event for women in the 1980s, with the javelin throw and the 800 metres being the additions. They were added to the Summer Olympics roster in 1984. Here are the benchmarks for 1,000, 900, 800 and 700 points in each discipline:

Unlike other sports, there aren’t many variations on the heptathlon theme. Instead, there are just other multi-discipline events that take place at the likes of the World Championships and the Olympics. 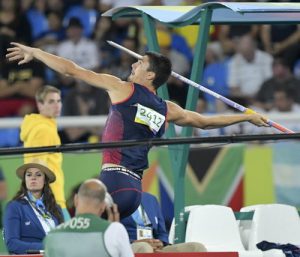 One such multi-discipline event is the decathlon. Coming from the Greek δέκα ἄθλος, meaning ‘ten contest’, it sees athletes take on ten different disciplines over two consecutive days, with the winner being the person that performs the best in all disciplines. The outcome of the event is decided according to the awarding of points, as opposed to the positions that the athletes finish in. The winner is often thought of as being ‘the world’s greatest athlete’, which is what Gustav V of Sweden called Jim Thorpe after he won the decathlon in the 1912 Summer Olympics.

The event is similar in nature to the pentathlon that was held in the Ancient Greek Games, as well as having linked to the all-round that was first held at the United States Amateur Championships in 1884. The modern version of the decathlon took place in the Summer Olympics for the first time in 1912. Previously, the decathlon was only competed by men, with women doing the heptathlon instead. In 2001, though, World Athletics, then operating as the International Amateur Athletic Federation, approved scoring tables for a women’s decathlon.

The events are the same for men and women, with the only difference being the days on which the compete them. On top of that, the men do a 110 metre hurdle event whilst for women it is the 100 metre hurdles. Here’s how the men’s works out:

Now compare and contrast with the order of events for the women:

There is also a variation of the decathlon called the One Hour Decathlon, in which competitors have to start the last of the disciplines within one hour of the start of the first one. That obviously asks huge amounts of the competitors, offering them little-to-no recovery time. Otherwise, the major alternatives are simply other multi-disciplinary events.