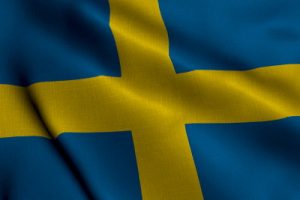 There is a huge number of betting companies operating today, and while it is true that they base themselves out of different locations, many of them originate from Sweden. It probably would not be the first country that people would think of when online gambling is thought of, which poses the question, why do so many betting companies come from Sweden today?

This is what we will be having a look at today and seeing if there is something behind the fact that so many brands come from the country. For a country that has previously been quite strict with its rules surrounding gambling for its own residents (which changed in 2019 with the introduction of a new Gambling Act), how is it possible that so many of these gambling-related businesses have been in operation for so long? Let us find out more about the fact that so many betting companies can be found in Sweden. 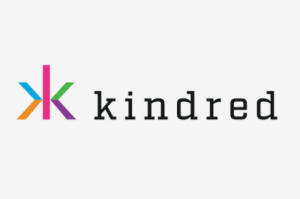 It would take a lot of room up to mention every single online gambling company that was founded and created within Sweden. Some of the more prolific ones include LeoVegas, the Kindred Group (formerly known as Unibet Group Plc and owner of Unibet, Maria Casino, 32Red and others), Betsson, Boss Media and Global Gaming 555. It is these companies and others that have led to a wide range of online casinos and sportsbooks being launched from within Sweden. And not all of them are specifically for Swedish players, either. Many of them are actually licensed outside of the country, too.

However, the number of companies looking to now be licensed within Sweden has grown, thanks to the new regulations. Some of the brands that were operating previous to this already had a strong enough presence in Sweden though, such as the ComeOn brand, which began its life as a startup in Stockholm in 2008. Since then, it has expanded its presence to include offices in the UK and Malta, and has launched multiple subsidiary sites. It remains very much present in Sweden as well.

This has been the story for many brands in Sweden, and in fact, the country was one of the very first within the European Union (EU) to recognise the potential of the online betting sector. In 2001, Sweden passed legislation that addressed this industry, although it remained the case that the government had the monopoly on betting for many years. It took immense pressure from the EU for Sweden’s government to relinquish its monopoly on the gambling industry, opening it up to other brands from elsewhere.

However, even before this, Swedish companies were able to start up, obtain licences from other jurisdictions, such as the UK and Malta, and operate their gambling services. With various software developers also being founded and operating from Sweden, such as Netent and Yggdrasil, this only seemed like quite a match made in heaven. And there is little doubt that the country has been responsible for some exceptional casinos and development companies over the years. 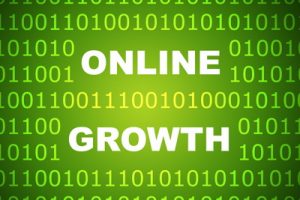 Because of the fact that Sweden was one of the first countries to put its faith in online gambling back in the day, this remains a key to its success. After all, if your country believes in something, why wouldn’t you get involved in trying to make it work? That’s what various gambling associated brands did in Sweden, and it resulted in the start-up of numerous betting companies. Even though they were not able to offer their services to players based in Sweden, these brands threw their doors open to players throughout Europe and beyond at a time when many other countries were not.

Therefore, brands like Betsson and ComeOn have built up their names from the ground to make them what they are today. Several other countries only really started to accept such online betting scenarios in later years, which is why there is not a mass of them currently being crafted elsewhere. Still today, Sweden has one of the highest output rates of online betting sites, which works even better for these businesses now that Sweden’s own gambling market has opened up beyond the government-controlled options.

The largest companies in Sweden by turnover within the gambling and betting activities sector are as follows:

Of those six companies, Evolution Gaming is the brand that employs the largest number of people, with 6,994 staff members on its books. This is followed on by Svenska Spel, with a decidedly less 1,675 and then Betsson with 1,522 in total. And even though Evolution is fourth in the list of total gambling company turnover, as can be seen above, it is second in the list of most profitable companies. Only Svenska Spel exists above it in this category.

Can it be said that Sweden still has a huge faith in online gambling today, though? Well, yes it can. The number of software companies and online gambling brands remains at a strong enough level, and the likelihood is that this will continue to grow. Even though there is a population of just over 10 million in Sweden, it continues to see the bigger picture outside of its own borders. 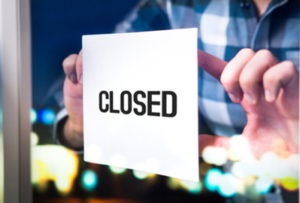 In 2016, a report was published by Henrik Jordahl and David Sundén, which focused on the Swedish gambling industry. According to that report, the land-based gambling market regulated by the government was shrinking, while the online scene was continuing to expand. In 2015, companies licensed and regulated abroad accounted for 55% of the online gambling market within Sweden. It was around this time that conditions for gambling operations in Sweden were being discussed, and that report laid out various necessities to make it successful.

Furthermore, it was said that at the time, the owners of Swedish gambling companies, as well as some of the founders of such, included Swedish banks and funds, as well as the national pension funds. In total, holdings worth 1.4 billion Swedish krona were owned by the pension fund in foreign gambling companies. Furthermore, it reported at the time that in the space of 20 years, the private Swedish gambling industry had grown to more than twenty companies, employing around 7,300 people. Fifteen of those were listed on the stock exchange, valued at a combined total of 69 billion SEK.

Once the Swedish government were aware of these facts and some others, such as the fact that many of the world’s successful online gambling operators utilised software from Swedish companies Netent and Evolution Gaming, it looked to bring some of that revenue back home for itself. Unibet and Betsson were also named as being amongst the largest private online gambling operators within Europe, offering a wide range of games on their sites. After winnings paid, the private sector’s total gambling revenue was marked as being around 4.4 billion SEK in 2015. That marked an increase of 6% on 2014’s figures.

The fifteen companies that were at the time listed on the stock exchange included AHA World, Angler Gaming, Betsson, Cherry, Evolution Gaming, Gaming Corps, Kambi, LeoVegas, Mr Green, Netent, Net Gaming Europe, Nordic Leisure, PlayHippo, Spiffx and Unibet. With a combined market value of 69 billion SEK, it is little wonder that Sweden decided to open up its regulated gambling industry in the end.

The fact remains that gambling companies in Sweden receive quite heavy backing from big names and companies. As noted, the national pensions fund invested plenty into such companies, with Unibet receiving 2.3 billion SEK alone. It also holds shares in a number of other companies, including foreign-based ones, like Playtech and Betfair. Major shareholders of betting companies include Per Hamberg, who has 3.7% of Betsson and 6.3% of Netent, Rolf Lundström, who owns 6.5% of Netent, and Anders Ström with 4.5% of the Unibet brand.

And this is not backing that has only recently picked up, either. Swedish gambling companies have had large amounts of money pumped into them so as to not only give them a great start, but to see them experience continued success rates. Clearly, with companies like Unibet, Betsson and so on, that has worked. Can it be said that betting companies in other countries have received such backing?

Sweden at the Forefront of the Digital Age 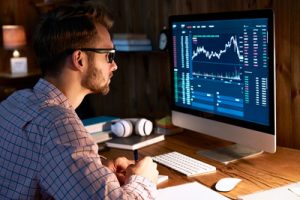 There is little doubt that Sweden is one of the countries that can be considered at the helm of things when it comes to digitisation. In terms of the progress made in this area, it is one of the top five countries in the world. However, the success of these online gambling companies is also due to the fact that Sweden has a strong entrepreneurial spirit and exceptional information technology skills. Those are both things that very much work in the favour of online gambling.

When compared with many other worldwide countries, Sweden has a unique approach to industry, in the sense that it does not discriminate against specific companies, organisations and so on. This provides competitive companies with various opportunities to grow and evolve at the same pace as societal and technological changes. This means that the state will not dictate the terms of where growth must take place. Therefore, many of the online companies within the betting sector have been able to start up and then grow by exploiting the country’s competitive advantages. Companies that start up in Sweden also tend to stay there, even though they may launch offices in different countries as well.

That being said, due to the monopoly that the government had on the gambling sector for so many years, this meant that companies could not provide their services to Swedish nationals. In the end, this did not seem to hinder their progress outside of the country’s borders. And, as noted, once the government saw the success the online betting scene was having outside (and amid pressures from the EU), it relinquished its hold on the industry. Since 2019, both Swedish companies and foreign companies have been able to enter into the Swedish gambling market – provided they possess a legitimate licence from Spelinspektionen. It did not take companies long to apply for such, with brands like BetConstruct finally being able to enter into that market. By mid-2020, 97 companies in the betting sector had received an official licence from the regulatory body to operate in Sweden.

Why do so many companies have betting operations founded from within Sweden? Well, if you were able to get backing from national banks and pension funds, then would you not want to involve yourself in that? Sweden often knows how to do things the right way, and we are not just talking about in the world of betting here, either. Scandinavian countries are often known for their forward thinking, and when it comes to the betting world, this is no different.

Over the years, brands have launched in Sweden and built themselves up thanks to significant investments from big companies, organisations and individuals. And this was even the case before the government was allowing its own citizens to bet at them and foreign companies to involve themselves in its market. The future is therefore quite the bright one for Swedish betting companies.