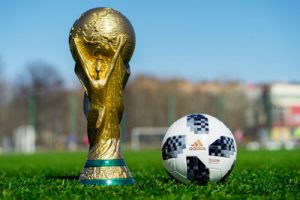 When it comes to goals scored in FIFA World Cup matches, you would think that heavy goal thrashings would be common place given the gulf in class between some nations.

As groups are drawn comprised of teams from every continent, miss matches are always likely even if the quality of the players playing for the minnows is rising.

In the summer of 2021, we took a deep dive into the average number of goals scored per game in the UEFA European Championships and seeing as 2022 is a World Cup year, we thought we would do the same for the biggest event in international football, the FIFA World Cup.

This is, after all, good data that we can all harvest when looking ahead to making future bets on the Over/Under markets and the Both Teams To Score (BTTS) markets.

So, in order to know what may come next, we have taken a look into what has happened before.

The inaugural World Cup took place in 1930 in Uruguay, the nation that won the first two ever stagings of the tournament.

13 teams took part spread out over four groups and all of the matches were played in the host nation’s capital city Montevideo.

The tournament produced a match goal average rate of 3.89.

The highest average goal per game rate of any World Cup came in the 1954 event which was held in Switzerland.

This event produced an average of around 5.38 goals per game.

Overall, in 21 renewals of the FIFA World Cup there has been a total average of 3.01 goals per game.

In its history the World Cup has gone from being contested by 13 teams to a present day high of 32.

Naturally, the more teams involved means there are a greater number of games to be played which should, hopefully, result in more and more goals.

Since the tournament was raised to 32 teams for France 98, there has been a total average of 160 goals scored in a World Cup so we can expect a similar ratio in Qatar 2022.

Although, given that all of the matches will be played within the tiny emirate, travel between matches, training, hotels, etc will be less of an issue than in previous tournaments, so maybe we can hope for another all time high.

The current goals per tournament record is shared by the 1998 World Cup in France and Brazil 2014 both of which produced 171 goals.

At the last World Cup in Russia in 2018 there was a total of 169 tournament goals at an average of 2.6 goals per game.

The odd statistic in there is Switzerland 1954 where, on average, more than five goals were scored in every game resulting in a total of 140 goals being scored.

This was at a time when, up until that point, the highest amount of goals scored in a World Cup was eighty, not far off half of the amount that would be scored four years later.

True, the 1958 World Cup would also boast a high number of 126 before averages returned to normal, flatlining back to their sub one hundred.

But what made the Switzerland event so special?

What Happened At Switzerland 1954? 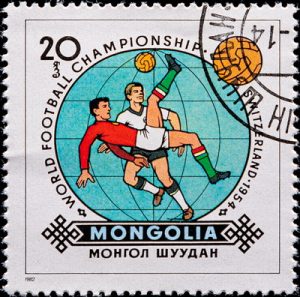 At the 1954 World Cup, there were 26 matches played, 18 of which featured five goals or more and two of those matches that featured more than 10 goals scored.

Of course, with the reduced number of games and such a high total this is the World Cup with the greatest ever average of goals per game with 5.38.

In fact, in contrast, every other World Cup since 1970 has not averaged higher than 2.97 which was set that very year.

Coaching has improved over the years, particularly around the art of defending which should help to explain why the averages have levelled out, while in the fifties this perhaps wasn’t the case.

Although they didn’t win the event, Hungary, famously nicknamed the Mighty Magyars, came into the 1954 World Cup unbeaten in 28 matches since 1950 and were the reigning Olympic champions.

Prior to the tournament, they were sweeping aside everyone that they came across, beating Italy 3-0, Sweden 6-0 and England 7-1, which remains a record defeat for the Three Lions to this day.

Featuring the stellar talents of legendary players such as Ferenc Puskas and Sandor Kocsis, Hungary carried their form into the tournament proper hammering South Korea 9-0 in the opening game and later destroying West Germany 8-3.

In all, what is credited as being one of the greatest national teams of all time, notched up 27 goals in just five games before they eventually lost out 3-2 to West Germany, who had got their revenge, in the final.

It wasn’t just Hungary plundering goals for fun though.

Brazil, West Germany, Uruguay, Turkey and Austria all scored five goals or more at some point of the 1954 World Cup, while England’s opening game produced a 4-4 draw with Belgium.

At the time, the W-M (3 – 2 – 2 – 3) formation was very much in favour which means there are more attacking players high up the pitch but leaving a shortfall in midfield, producing matches where goal opportunities were rife.

Throw in the fact that back then the minnows really were minnows, a lack of sport science and that the two seeded teams in each group didn’t play against each other and it’s very easy to see why Switzerland 54 broke so many records.