Back in January 2018 Mr Green (a man that lives in Lincolnshire not the casino of the same name) was playing Frankie Dettori Magic Seven Blackjack late at night with Betfred on his mobile when he hit a £1,722,923.54 jackpot that was then credited to his account.

When Mr Green attempted to withdraw the money the request was however denied.  Following this a director called him to say the payment had been rejected on the basis of a ‘software error’ referring him to their 49-page T&C’s that state all ‘pays and plays’ can be voided if there is a malfunction.

Betfred offered the Lincolnshire man £30,000 as a so called ‘goodwill’ gesture, which he immediately refused, they upped this to £60,000 and again this was rejected.  Luckily Mr Green took a screenshot, something that is highly recommended if you have a big win.

The case has now ended up in the High Court with the claimant asking for the £1.7M in winnings to be paid along with interest that the money would have earned over the previous 3 years.

Betfred are standing by their terms and conditions stating this is a malfunction and on that basis it does not need to honour the prize.  These terms are common with all casino operators and is designed to be an insurance policy for instances where game errors issue incorrect payments.

It is not actually Betfred that run the game, they license the Frankie Dettori Magic Seven Blackjack from Playtech, who are the software developer that designed and operate the game.

Despite the terms being a long read at 49 pages the company believe that by Mr Green agreeing to these terms he therefore has no claim on this prize as it was the result of a software error.

What Is The Basis Of The Case? 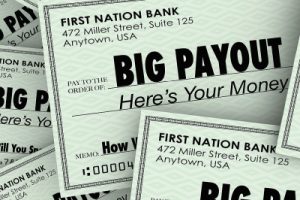 The crux of the argument is proving their was a genuine problem, which up to this stage Betfred has not done.  Effectively Mr Green believes the payment is being withheld without sufficient cause or reason.  As the case is ongoing Betfred have not commented at this stage.

What Does This Mean For Future Errors? 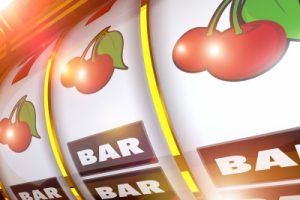 Most games in online casinos are instant play, this means the games themselves run on a server that is operated by the game developer.  The majority of games are not made in house by betting companies but rather are licensed from software developers, like Playtech.

It is however the betting site, in this case Betfred, that hold the gambling license and are responsible for you, your money and the games they provide.  This makes them very much liable if they cannot prove their was a malfunction in line with their T&C’s.

The nature of any software is it can have bugs and errors that on occasion can cause the game to crash or malfunction.  This is why operators have a long list of terms covering these events, which by default will void bets placed during a malfunction.

In this case it seems Betfred either cannot or are reluctant to show detailed evidence of the malfunction and how they handled this in relation to all customers, not just Mr Green.  The operator have also so far refused to bring Playtech themselves to the table and as they are the developer and can shed the most light on software issues this seems a strange move.  In effect Betfred’s entire argument is based on their own T&C’s.

The reason this is important is the result of the case set precedent that then has an effect on all players that have been the subject of game errors.  This could lead to a glut of similar claims against operators for past and future errors that could have a dramatic effect on the online casino industry.

Once the result of the case is know we will update you as to what has happened and what it means for the future.