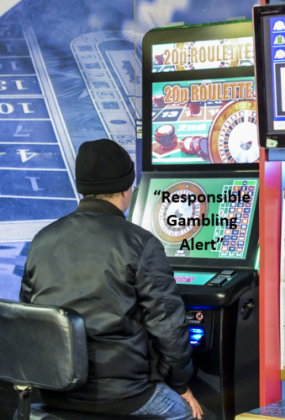 The new representative body for the UK gambling industry, the Betting and Gaming Council (BGC) has this week unveiled their new “cooling-off” plan for bettors playing in licensed betting offices (LBOs). The new measures are designed to help recognise and reduce potential problem gambling in at risk clients and allow them time to consider their next (non gambling) move.

The Anonymous Player Awareness System (APAS), two years in the making, is one such measure and will set time and spending limits on gaming machines in high street bookmakers, while utilising algorithms to identify characteristics of player behaviour that could indicate harmful play.

Should such a breach take place, an on screen “responsible gambling alert” will be triggered and flash up a warning to the player to take a break from the game. This warning will also flash up on staff systems making them aware of the situation and allowing them to intervene under the banner of responsible gambling interactions (RGI).

”I see this as an opportunity to champion the highest standards and share best practice on safe betting and gaming, and we hope these new measures are a sign of intent.
I’m convinced that this approach can help restore public trust, and I look forward to working on further safer betting and gaming initiatives across our industry.”

On top of APAS, the safer gambling commitments includes £10 million worth of funding which has been set aside for the next four years in order to fund a national education programme for young people by the YGAM and GamCare charities.

Lottery Sales On The Up For 25th Birthday

One sector that the BGC are not responsible for is lotteries and today National Lottery owners Camelot announced increased ticket sales of £3.92 billion for the first half of the financial year, up 13.5% from this time last year.

This rise, in which digital sales totalled £1.16 billion, marks the first time that digital sales have surpassed £1 billion, £749 million of which were generated by mobile sales. Of those sales, draw-based games made up the majority, bringing in £2.26 billion, while National Lottery instant win games and scratchcards weighed in with £1.66 billion.

The good news is timely for Camelot who launched the National Lottery on the 14th November 1994 and so comes as the game is celebrating its 25th birthday.

“It’s 25 years to the day since we started selling tickets for that first Lotto draw, and our record half-year performance clearly shows that The National Lottery is in its best-ever shape.

Not only are sales up across the board, but we’ve also delivered over £3.2 billion to Good Cause projects, players and retailers in just six months – underlining the incredible difference that, over two decades on, the National Lottery continues to make to the lives of people and communities throughout the UK.”

Camelot reckoned on only 1% of all National Lottery players being at risk from addiction but felt the move was necessary regardless. This initiative was soon welcomed by the United Kingdom Gambling Commission who felt that the association of problem gambling with the £10 scratchcard was such that it was not consistent with it being a legitimate leisure activity.

A spokesperson for the UKGC said;

“After careful consideration of new evidence both the Commission and the Licensee agreed that all scratchcards at the £10 price point should be removed from sale until we are satisfied that the risks posed to our duties are mitigated.
Whilst there is likely to be some negative impact on good causes, the Commission is satisfied that this decision reflects the primacy of our first two duties and was necessary and proportionate.”

Any unclaimed winning prizes that have already been purchased will still be honoured by Camelot while, currently the highest priced Lotto branded instant win game is £5.