In a move to pre-empt incoming regulations being imposed from the government, up to ten UK based betting companies have agreed to commit to five safer gambling commitments. The operators’ commitment comes after years criticism that the industry wasn’t doing enough to curb the risks of gambling harms.

The firms involved are Ladbrokes and Coral owner GVC Holdings, Bet365, William Hill, Stars Group, Rank Group, Playtech, Caesars, Aspers and Genting. The chief executives of these firms have issued a collective statement that declared the commitments to be the most extensive set of measures from industry leaders when it comes to supporting the UK Gambling Commission (UKGC), themselves recently under fire.

“These commitments are an important step forward for the sector in their own right and also signal a genuine desire to ensure that acting responsibly is at the heart of our businesses.”

The five pledges, which are made at a time when shares in UK gambling firms lost nearly £1.2 billion, are:

The commitments put forward were actually devised by the betting firms themselves. They were, however, drawn up in consultation with the Senet Group, an independent body set up to raise standards in the sector and support the UKGC in making services safer and fairer.

Already announced is a four year national programme designed to educate young people. This will be overrun by GamCare and the Young Gamers and Gamblers Education Trust (YGAM) and funded by a £10 million grant from within the industry. The aim is to ensure that no underage individuals are allowed to access betting services and ensuring young people remain protected.

The programme will see charities working with young people and their families to heighten awareness of the risks that come with gambling. The operators involved have also pledged to improve transparency and accountability, whilst agreeing to regular and public checks with independent monitors such as the UKGC, HM Treasury and the UK Evaluation Society. New codes of practices regarding marketing will also be drawn up.

Last year, a UKGC report declared there to be around 430,000 problem gamblers in the United Kingdom, with a further two million more people at risk. More recently, a second study revealed that the number of children classed as having a gambling problem had quadrupled to more than 50,000 in just two years.

This week, the UKGC themselves came under fire when a report branded them unfit for purpose. The Betting and Gaming Council (BGC) accused the regulator of neglecting to consider deductions to online stakes similar to those now applied to Fixed Odds Betting Terminals (FOBT) in the high street. The Commission was also accused of allowing the industry to prey on vulnerable gamblers, a claim the regulator has since rebuffed.

The new commitments were announced with especially good timing given that this was the same day that the Betting and Gaming Council (BGC) formally launches. The BGC will monitor the sector across all verticals including betting shops, casinos and online gaming businesses having been established to unite the industry for the benefit of everybody.

Back in July, it was announced that the Remote Gambling Association (RGA), which was formed in 2005, and the Association of British Bookmakers (ABB) were to be replaced by the Betting and Gaming Council. Together, RGA and ABB had over 100 operators, ranging from independent bookmakers to listed corporations, among their members.

Now these operators, as well as others with a UK gambling licence, will be invited to sign up to the BGC which will aim to represent for more than 90% of the entire gambling sector, save for lotteries. A new code of conduct for members to adhere to has now been established in order to ensure the highest industry standards are upheld.

The council will be chaired by Brigid Simmonds OBE, previously executive of the British Beer & Pub Association and who also served on the Sport England Lottery Panel as well as the main board of Sport England. 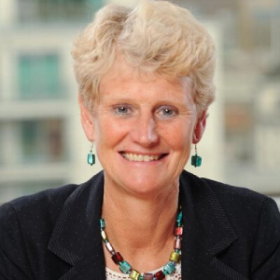 “The Betting and Gaming Council welcomes these commitments from the chief executives. This is a major step towards preventing underage gambling and addressing harm. Working together as an industry we will create a culture of safer gambling – increasing the competency of professionals who educate young people, increasing support for treatment, strengthening and expanding codes of practice and empowering consumers.

These are commitments that the BGC will champion and drive forward to build public and institutional trust in our industry.”

Meanwhile, Labour’s Deputy Leader Tom Watson has announced his resignation after stepping away from the upcoming General Election. Watson was one of the loudest voices in the call for gambling reform in the UK and the gambling industry now waits for the implications of Watson’s resignation.