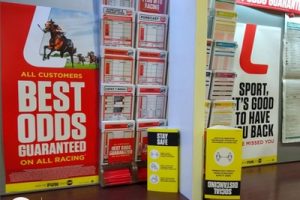 Does the roadmap to lockdown ending spell good things for the gambling industry? The British Prime Minister Alexander Boris de Pfeffel Johnson has announced his plans to see England come out of lockdown, which could spell good news for the Gambling industry. His four-step plan includes the lifting of all legal limits on social contact by the 21st of June, on the proviso that a number of strict criteria are met. The current date for bookmakers to reopen has been mooted as the 12th of April.

Whilst this will be too late for bookies to cash in on the likes of the Cheltenham Festival in March and the Grand National two days before they reopen, it will mean that they’re able to take bets from bettors in person for the likes of the flat racing season. The end of the Premier League will also be something that is popular with punters, whilst the European Championship is also one of the industry’s big money-makers.

Bookies To Reopen & Fans Can Come Back 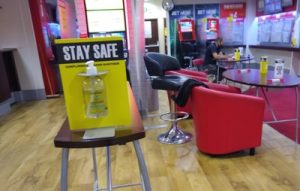 The Prime Minister’s lockdown plans involve a four-stage set of instructions. Happily ignoring what has been achieved in the likes of Australia, New Zealand and Japan, Boris Johnson declared that there is ‘no credible route to a zero-Covid Britain’. Instead, he feels that we’ll have to learn to live with Covid-19 and cope with whatever comes next as a result. The first step of unlocking the country will come on the 8th of March.

That is the date that all schools will reopen, sending hundreds of thousands of children in to mix with each other freely. Provided there is no upsurge in cases around the country after that, outdoors gatherings will be allowed for six people or two households from March the 29th. Outdoor sports facilities will also reopen at this point, including organised sports and grassroots football starting back up again.

Next on the list will be the re-opening of non-essential retail, which will include the likes of hairdressers and, more importantly as far as we’re concerned, bookmakers. On the 17th of May we’ll see most outdoor social contact rules being lifted, which may well lead to a return of people to major sporting events. Up to 10,000 people will be allowed to attend outdoor seated venues such as football stadiums, for example. 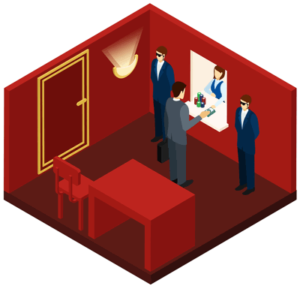 The news for the betting industry is mixed, with venues such as casinos and bingo halls not able to reopen until May the 17th until the earliest, meaning a huge amount of lost revenue in those businesses. As with previous lockdowns, they will be the last sorts of venues to reopen and customers will not be able to enter them until then. There’s also the fact that all of the steps of the ‘roadmap’ require certain conditions being met.

There will be four tests on things such as vaccines, new coronavirus variants and infection rates before the next stage of the plan will be implemented, with any sign of rising rates likely to lead to further delays. The former Eton pupil said that the plan was a ‘one-way road to freedom’, but that he ‘could not guarantee it would be irreversible’. The positivity comes about after it was revealed that the vaccine rollout was stopping ‘serious illness’.

What it means for the betting industry as a whole is that the amount of people placing bets is likely to increase. Whilst most punters have made the transition to online betting, there are still a wealth of people that like to place their bets in person and the reopening of betting shops will allow them to do this. In addition, the likes of Fixed Odds Betting Terminals will be used again, even with their reduced stakes

Which Events The Bookies Will Catch 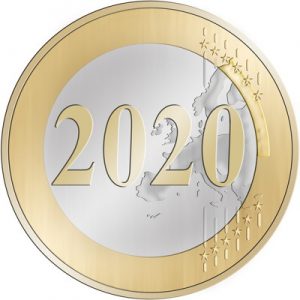 Whilst the re-opening of bookmakers will be too late for the likes of the Cheltenham Festival, the Masters at Augusta and the Grand National even without any delays, there are still a number of big sporting events that bookies will be able to take live bets on if they’re able to reopen on the 12th of April as planned. The first big one that will come up, for example, is the World Championship of Snooker at the Crucible from April the 17th.

The decision to move the League Cup final to the end of April means that that will also be available for people to bet on in person, with the Scottish Cup final coming a couple of weeks later and the English FA Cup a week after that. Lesser events such as the European Championships of aquatics will happen after bookies have reopened, as will the ever-popular Monaco Grand Prix and the French Open in tennis.

For football fans, both the Europa League final and the Champions League final are to be held at the end of May, so you can expect bookmakers to make plenty of hay out of those. Euro 2020 is also scheduled to start on the 11th of June, a year after it was originally planned for. At the moment it’s unclear where it will be hosted, given the original plan to have matches take place around the continent still looks like complete folly.

Here’s a look at some of the other major events that bookmakers will hopefully be able to open their doors for and offer bets on:

Obviously all of these events are just as susceptible to changes as the government’s much vaunted Roadmap to Freedom, but if things go as planned then it’s entirely possible that they will not only take place but also that there will be crowds in attendance. That would be great both for the spectators and for the bookies, who will doubtless be hoping that it will re-engage enthusiasm for major sporting events taking place around the world.

Grand National May Be Moved For Shop Opening 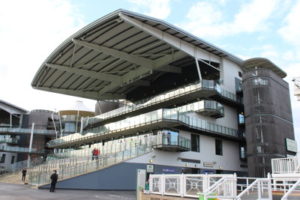 There is talk that the Grand National, due to take place on the 10th April, will be moved to the 17th or 24th April. With betting shops not able to reopen until the 12th April the industry is expecting a lot of lost revenue if people cannot place their traditional annual bets in shops.  It is not all about the bookies profits either as some money from horse racing bets goes back into the sport through a levy and the Grand National is usually relied on to contribute a fair chunk to that pot.  That is a pot that is already dangerously low following the previous year.

Moving the National will not be easy with the flat season getting underway with the Guineas in early May, delaying the race will also mean warmer weather, not what you want for a race over four miles and over 30 fences.  Even moving the race back by just one week would risk conflict with the Scottish Grand National in which many of the same horses often compete.

Given the National was cancelled in 2020, the first time the event has been cancelled since war time, organisers will want to make sure they can get the best out of the event this year.  Given there are no spectators anyway moving the event may be a viable option.

There is a wider issue with the Grand National as it is part of British culture, as is having a bet on it.  Moving it by a week or two will allow people to place bets in bookies shops as has become traditional for many and that may help in bringing a sense of normality back to life rather than simply helping the bookies.