Last Monday, new government enforced slashed limits on fixed odds betting terminals (FOBTs) from £100 to £2, came into force. The new moves, which were originally planned for this spring anyway, were brought forward to this week after the government performed an embarrassing U-turn having come under fire for delaying their implementation for six months.

The government insisted the belated date of October 2019 was not a delay, saying it had in fact brought the date forward from April 2020. Either way, the drop in stake funds is set to hit the gaming industry hard over the next few months.

Bookmakers are readying themselves for shop closures and job losses across the country as these machines are said to account for over 50% of a shop’s income. According to the Guardian, Ladbrokes have already nominated 71 out of 1,000 shops to be among the first to go at a likely price of £50,000 per shop. While many believe such numbers to be fictional and an attempt to paint bookmakers as the victim, a report by the Association of British Bookmakers predicted that 4,500 shops could indeed be in the firing line, which is more than half of all the shops in the UK.

FOBTs By The Back Door

In the fallout from last year’s announcement of the cuts, Paddy Power stood out as a lone voice within the industry, especially given the gloomy reactions from William Hill and GVC Holdings, who own Ladbrokes Coral. Instead, Paddy stated that such cuts would help clean up gambling’s image and that it didn’t expect any of its 320 shops to close. It is a shame then, that Paddy Power, along with Betfred, could face sanctions from the Gambling Commission after they attempted to get around the new rules by introducing new roulette-style games similar to those on FOBTs, on the very same day as the new rules came into play.

“We have been absolutely clear with operators about our expectations to act responsibly following the stake cut implementation this week. We have told operators to take down new products which undermine the changes, and we will investigate any other products that are not within the spirit and intention of the new rules.’’ 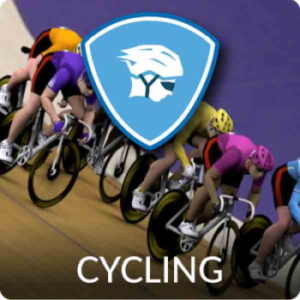 Paddy Power’s roulette-esque Pick ’n’ 36 came with a maximum stake of £100 and allowed players to bet on numbers between one and 36, while Betfred’s Virtual Cycling game, on which players bet on an animated cyclist riding around a track based on numbers, again similar to roulette, allows a stake of up to £500, although not as regularly as on FOBTs.

For their part, Betfred argue that, because bets need to be filled out on a betting slip and handed over at the counter, these are not machine games but over the counter bets.

Although the machines were immediately withdrawn, these firms could still face regulatory action, while William Hill, acting on advice from the regulator, abandoned their plans to launch their own game, Wonderball.

Tracey Crouch MP, who resigned as sports minister in anger at the original proposed delay, branded them “FOBTs by the back door” adding;

“Any attempts to circumnavigate measures that reduce harm would be morally irresponsible. If bookmakers had taken their responsibilities for player protection more seriously there wouldn’t have been a need for government or regulator intervention.”

Crouch, MP for Chatham and Aylesford, resigned in November as Sports Minister after the government refused to back down on their original six month delay. In her resignation letter to Prime Minister Theresa May, she welcomed the cut in the maximum FOBT stake but cited that there was no reason why implementation could not have come in sooner than October and that the extra six months would result in over £1.6 billion being lost to those machines, effecting people in the most deprived areas, including her own constituency.

Even then, Liz Truss, the Chief Secretary to the Treasury, had made it clear that the government would not be changing its plans. It is even more embarrassing then that less than 24 hours after announcing that the Treasury was holding firm, the government was forced into a climb down.