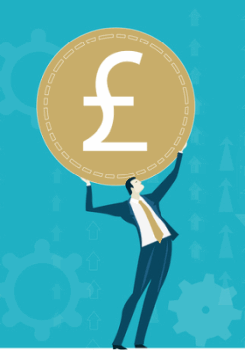 In an attempt to pre-empt a government crackdown on gambling, the UK’s most prominent bookmakers have agreed to offer the government a collective £100 million to put towards gambling charities, £30 million more than the UK Gambling Commission requested. Ladbrokes Coral, William Hill, Betfair Paddy Power, Bet365 and Skybet each agreed to the proposal which will raise their contributions to government, said the BBC on Wednesday. The companies already pay into a levy on their gambling profits and the new figure will be created after firms will voluntarily increase that levy on their profits.

The pledge was made in a letter to the Department for Digital, Culture, Media and Sport (DCMS), offering to raise the existing levy from 0.1% to 1% over the next half decade, increasing the donation ten-fold by 2024. This move will create an extra £100 million a year, money that will be redistributed to gambling charities. Last year, the voluntary levy raised by £10 million, so the new number is a significant increase.

Jeremy Wright, Secretary of State at the DCMS, said;

“I want the gambling industry to step up on social responsibility and keep their players safe, including through making more funding available for research, education and treatment to tackle problem gambling. I have met the major players in the sector recently and my department is in discussions with them on a strong package to increase their financial contribution, as well as make meaningful commitments on other measures to help ensure people gamble safely. Protecting people and their families from the risks of gambling-related harm is a priority for this government and I am encouraged that the sector now recognises that they need to do more.”

According to estimates, there are upward of 430,000 people with a serious gambling addiction in the UK which left untreated could rise to 2 million. This has led to the UK Gambling Commission admitting there is a desperate need for more staff, research and treatment into the crisis. To achieve this, they requested an extra £70 million from gaming operators, who have in turn, responded with a more generous offer in the hope of receiving some good faith in light of new crackdowns.

The same gambling operators also said that they would likely consider raising the amount of messages that promote safer gambling attitudes as well as launching reviews into the tone and content of their marketing promotions. It is believed the firms affirmative action is down to a desire to avoid, or at the very least delay, a proposed ban on gambling advertising and football shirt sponsorship, a proposition initially made by GVC Holdings, the owners of Ladbrokes Coral.

In January, GVC partnered with Harvard Medical School in the hope of learning more about gambling problem preventions and also showed momentum in removing Betdaq’s sponsorship of SkyBet League One side Sunderland AFC. The sponsorship deal was honoured in full leaving Sunderland to display the registered charity Children With Cancer on their jerseys instead.

A month after GVC’s announcement, Sunderland took their place in the League One play off final at Wembley against Charlton Athletic, also sponsored by Betdaq. Charlton, who won the game late in the match, will still wear the name of the betting brand next year.

Currently, GVC contribute 0.2% of their profit, a higher rate than the industry standard 0.1%, and have also pledged to voluntarily increase investment on research, education and treatment (RET) from 0.2% of gross revenue to 1% by 2022 as part of their Changing For The Bettor campaign, which aims to promote safer gambling.

Together, these gaming companies have already agreed to a whistle to whistle blackout of advertising during live televised events as of August 2019, when the new football season begins.