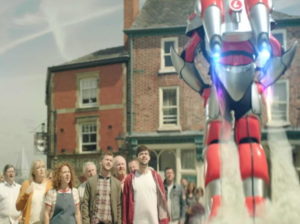 Online gambling companies have reacted surprisingly positively to the prospect of having their marketing wings clipped during live televised sport thanks to a pre-watershed ban on TV advertising. In fact, some firms, led by industry giant GVC Holdings, have even called for a total, outright ban and have encouraged others to follow suit.

In December last year, the Remote Gambling Association (RGA) decided that all live sports advertising would cease on events starting before, or ending after 21.00 p.m., from August this year onwards.

The corporation that operates LadbrokesCoral, Bwin and the Party brands lent their enthusiastic support to a blanket ban on sports betting advertising in Britain. This ban would also extend to football shirt sponsorships, and possibly even event sponsorships as soon as current contracts expire.

Currently GVC has a number of event sponsorships ongoing. Ladbrokes sponsors the Rugby Football League Challenge Cup and the Scottish Professional Football League as well as some snooker and darts, as does Coral, while partypoker’s name can be seen on pool’s Mosconi Cup.

Impacts on the industry would be far reaching with one of the Stars Group sponsoring The Football League and PokerStars partnering with the Ultimate Fighting Championship. William Hill, who are in the final stages of acquiring the entirety of Mr Green, have sponsorship deals with the Scottish FA and Anthony Joshua, while half of all Premier League teams have an official betting partner such as West Ham and Betway, or Liverpool’s tie-in with BetVictor.

Changing For The Bettor 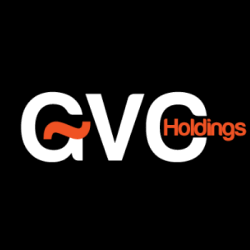 The moves taken by GVC come as part of the Changing For The Bettor Campaign and they have also pledged to increase investment made from gambling revenues on Research, Education and Treatment (RET) from 0.2% of gross to 1% by 2022. The UK’s largest gambling company is already committed to pumping $5 million into a five-year research project on responsible gambling, it announced in January.

The company, which also includes Sporting Bet, Foxy Bingo and Betdaq, will also remove their brands visibility from the advertising hoardings that mark the perimeters of a particular live sport contest. GVC have also confirmed a new independent trust designed to fund treatment into problematic gambling is to be established, plus the introduction of new software called GamBan will detect and offer help to any customers who demonstrate the signs of problem gambling on any GVC Sites.

They have also called on industry rivals to support an end to all sports betting TV ads in the UK with the exemption of horseracing, of which both the Coral and Ladbrokes brands sponsor multiple Horse Racing events. This has been refuted by Kindred branded online casino 32Red, who have multiple football shirt deals in place, and claimed that “a blanket ban on sponsoring clubs will not stop problem gambling.”

“Whilst the vast majority of our customers enjoy our products responsibly, it is high time that the industry did more to protect its customers from potential harm. As the UK’s largest gambling company, and owner of Ladbrokes and Coral, we at GVC are doing exactly that. I call on our industry peers to help us bring about an end to broadcast advertising which promotes sports-betting in the UK no matter the time of day.”

The moves follow fears that were sparked after the Gambling Commission released a report that voiced concerns that the number of children with a gambling problem has quadrupled in two years and advertising during live sport was one of the root causes of the explosion in underage gambling.

Worryingly, the report indicated that 55,000 children aged between 11 and 16 could be categorised as problem gamblers. Originally, betting companies agreed to a whistle to whistle ban on advertising that would begin five minutes before pre-watershed live sports events and ending five minutes after the event has finished.