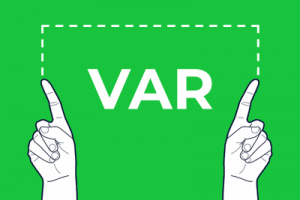 Up until the start of the 2019/20 Premier League football season especially, betting enthusiasts did not necessarily have to think twice before they placed a bet. They had enough stats on teams and players to make an informed decision, likely starting lineups and even who the referee was going to be. What they could not prepare for, was the effect that technology would have and we’re not talking about flood lights or sound systems.

The introduction of VAR divided opinion at the time and is still doing so, with so much frustration from fans regarding decisions about disallowed goals and offside judgements, with some being the very finest of margins.

For fans of football betting, this has also had many effects as well, with some of the most controversial VAR decisions being the difference between not getting considerable payouts on bets, with some of these ruining many football wagers.  Conversely VAR has made some bets that would have gone down without it.

The question is does VAR enhance the betting experience or reduce it?  What is certainly true is, just like the players on the field and the fans watching, we can no longer instantly celebrate a bet coming in as we now have to wait to see what the technology says first.

Over the last couple of seasons, we have witnessed some big VAR decisions that have had major effects on the outcome of games and also the potential points tally for clubs as well. Let’s take a look at some of the most controversial incidents during the 2019/20 Premier League football season.

The Greek centre back must have thought that he had secured a win for Arsenal against London rivals Crystal Palace, though VAR ruled the goal out after deciding that Gunners defender Calum Chambers committed a foul in the build-up.

Up until this point, it was the only game that eventual title winners, Liverpool had failed to win and when United forward Rashford dispatched there was controversy with the Reds claiming Victor Lindelof had fouled Divock Origi in the build up to the goal. However, following a consultation with VAR, it was decided that the goal should stand. At a time when the Reds were on a roll, there would have been many punters who would no doubt have been backing Liverpool to continue their fine form.

Billed as a significant game at Anfield, with title implications, VAR ruled out that Reds right back Alexander-Arnold had committed a handball offence in the penalty box. Not long after, Liverpool scored through Fabinho, piling on more misery for City.

Another crucial decision that went against Manchester City that season; forward Jesus dramatically had a goal ruled out via VAR in injury time, when the technology adjudged that defender Aymeric Laporte’s hand had made contact with the ball before Jesus put it in the net.

This was judged to be controversial because it literally was the finest of margins; an armpit in fact, which saw forward Firmino’s goal ruled out against Villa. Not even the linesman had raised his flag.

Penalty for Brighton versus Everton

The Seagulls were 2-1 down when VAR ruled that Michael Keane had stood on Adam Conolly’s foot (albeit accidentally), with even the commentators stating that it wasn’t a penalty. VAR thought otherwise and awarded the penalty, with Brighton going on to win the game 3-2.

Once more, Firmino was the centre of more VAR attention when the Brazilian’s goal was ruled out after ruling that Virgil van Dijk had fouled United goalkeeper David De Gea.

Another London derby that was filled with controversy, this saw Spaniard Delofeu, perhaps unfairly not given a penalty for Spurs centre back Jan Vertonghen’s rather overly exuberant challenge.

It seemed Spurs had some good luck with VAR during the 2019/2020 season. McGoldrick had his goal ruled out because VAR ruled that John Lundstrum was millimetres offside during the build up to the goal. Without VAR, this would probably have been given.

Wolves’ Pedro Neto has goal ruled out versus Liverpool

Perhaps another contributing factor to the Reds’ title win, Wolves were unlucky not to score when VAR ruled that a fraction of wing-back, Jonny’s foot was fractionally offside in the build up to Jonny’s goal.

Following a frustrating time for clubs with VAR in the campaign before, it begs the question, as to whether this got any better for the following season and whether any teams benefitted from VAR overturning initial decisions made by the referee. The table above looks at which clubs were the unluckiest.

When you look at the Premier League table for the end of the 2020/2021 season, the above statistics in some way help to paint somewhat of an accurate picture, especially when you factor in some teams.

West Brom for example, were by far the unluckiest team where VAR was concerned, finishing bottom of the above table, while also being relegated from the Premier League. In addition, the three VAR decisions that Chelsea had overturned could well have been the difference between them finishing in the top four.

While, there is in no way any kind of accurate correlations with these statistics, compared to where each club finished in the Premier League, there is no doubt that these are contributory in some aspect.

Future Of Betting With VAR 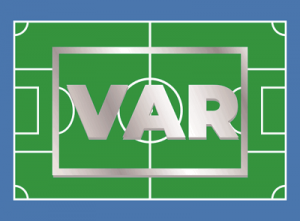 One thing that many punters will not take into account, even now, when they are making a bet, is the role that VAR may play in a game. It has proven over the last couple of seasons that it is completely unpredictable, and has led many to call for it to be scrapped, because of some of the variables involved.

This is reflected in some of the previous examples listed, such as an armpit being ruled offside – a part of the body that doesn’t necessarily have any direct involvement in the game of football to be able to play it adequately.

How can a punter predict events at a football match taking VAR into account, unless they can actually bet on how many VAR decisions there will be? However, some of the above examples are evidence that VAR can actually help, especially if a referee has missed something obvious.

In years gone by, especially relating to the goalscorer market, there are some players that if they were playing today might have been constant victims of VAR. Former Manchester United striker Ruud van Nistlerooy, for example, caused a lot of controversy with opposition teams and scored a lot of goals from marginal positions, where there could easily have been cases for him being offside. The same could well have been said for ex-Liverpool striker Michael Owen, who used his pace operating on the last man of the opposition team, where the margins were very fine.

While there are a number of examples to back up both sides of the argument, for now at least, it seems that VAR is going nowhere, so the next time that you make a bet, you may well want to bear this in mind.