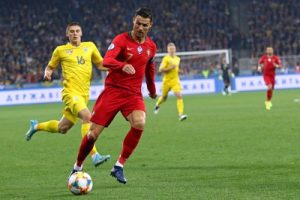 With Euro 2020 just around the corner (albeit a year late it will still be known as Euro 2020), there is much anticipation among fans that, having missed so much live football over the last 18 months, that a summer of live, international football will make up for it.

As most of Europe steadily eases back into life before the pandemic, this will be partially reflected by the fact that UEFA will allow host countries to fill 25 percent of their stadium capacities (as it stands), which should help to provide a ‘feel good factor’ that is often associated with summer international football tournaments. While it won’t be the usual carnival-like atmosphere that we have become accustomed to from previous editions, it should at least provide an element of normality.

Or will it? Over the years, we have seen the tournament throw up many shocks and surprises. Perhaps 2004 when underdogs Greece saw off hosts Portugal, or 2008 when Spain won their first international title for 44 years before following it up with a 4-0 thrashing against Italy four years later.

When you look at the last few tournaments, regardless of who won it though, it got us wondering whether older, more seasoned players tend to perform better. Is it somewhat of a ‘last hurrah’ on the international stage, or does experience play a part?

Of course, you could make exceptions. In 2004, an 18-year-old Wayne Rooney burst onto the scene for England scoring four goals in three games (two in two consecutive matches), before lasting just 24 minutes in the next match; the quarter-final against Portugal. A match steeped in controversy with then, Manchester United teammate, Cristiano Ronaldo seemingly playing a part in getting him dismissed. 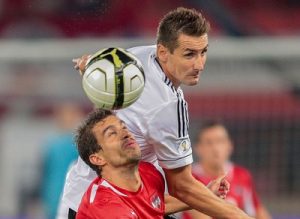 There are perhaps quite a few names who spring to mind when you think about this, and maybe even some that you had forgotten, though there have been quite a few evergreen players over the years who have taken international tournaments by storm.

An obvious name that stands out, would have to be Polish-born Germany battering ram Miroslav Klose, who at the World Cup in 2014 and aged 36 set a new record for the most goals in tournament history with 16 goals as the nation won the trophy. In his last tournament he contributed two goals in a bit-part role, though four years earlier, aged 32, he found the back of the net four times.

Many would argue that the Dutch national team should have done better at previous tournaments, before they lit up the 2014 World Cup, shocking favourites and holders Spain in their opening group match with a 5-1 victory. The fact is that the Dutch were written off; a team scattered and leaderless with players regarded as ‘past their prime’ though the tournament provided the perfect platform for elder statesmen, Robin van Persie, Arjen Robben and Wesley Sneijder to impose themselves in emphatic style.

The opening match saw the trio dominate, with both Robben and Van Persie bagging a brace and Sneijder creating two, pulling the strings and outshining the likes of previously metronomic midfield trio Xabi Alonso, Xavi and Andres Iniesta in the process.

At the time, both Van Persie and Robben were 30, while Sneijder was a year their junior, though it could be argued, had their finest hour on the big stage. Van Persie would go on to score another two goals in the tournament dispatching to contribute towards the 3-0 win over tournament hosts Brazil in the third place playoff. Robben, meanwhile managed three goals and three assists, while Sneijder finished with two assists and one goal. Despite this, he was crucial to how the Netherlands played in this edition and was shortlisted for the player of the tournament award.

Who can forget Portugal’s Euro 2016 triumph when they shocked France in extra time, with talisman Ronaldo practically managing from the touchline after he hobbled off injured? Key though to their triumph, was perhaps a player who many wouldn’t think of. Unglamorous yet uncompromising, it was Real Madrid stalwart centre back Pepe, who led from the back at the age of 33 and performed consistently throughout the tournament.

Older defenders in general have a great track record at international tournaments. While the Spain side that dazzled the world, winning three in a row had an abundance of attacking flair, yet many forget the contribution of Barcelona centre back Carles Puyol, who was 32 when he lifted the World Cup trophy aloft with Spain in 2010.

In 2006, we saw ageing underdogs Italy overcome a France side that included Zinedine Zidane, Thierry Henry, Patrick Vieira and Claude Makelele to win 5-3 on penalties. The Azzurri were littered with players who were either approaching 30 or past 30 with the likes of Francesco Totti, Luca Toni (29 and 28 respectively) leading the line with stalwarts Fabio Cannavaro and Matteo Materrazi (both 32) holding the defence together, with the latter also scoring in this game. Then what about their flying full-backs – Fabio Grosso and Gianluca Zambrotta (28 and 29), who simply didn’t stop running.

In fact, it was the lung-busting run of the former who scored an emphatic opener in the semi-final against Germany on 119 minutes, with veteran striker Alessandro Del Piero (31) adding another one a minute later. It should be noted that the defence conceded just two goals in the entire tournament; one of these coming in the final. Prior to this, they recorded four successive clean sheets on their way to its conclusion. 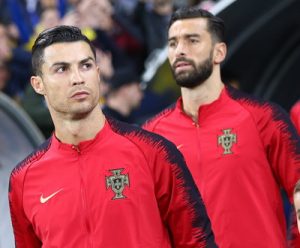 When you consider the winners of the past few tournaments, with the exception of the Italian side that won in 2006, the majority of those teams that won were not really made up of a lot of older players; especially many over 30 years of age.

In 2008 the Spain side that beat Germany in the final, with the exception of Puyol (30), starting left back Joan Capdevilla (30) and Sergio Busquet’s predecessor in the national team, Marcos Senna (31) all of the other starting players were quite a few years younger. The exception being reserve defender Juanito (31) and back-up goalkeeper Andres Palop (34) who both barely featured.

Two years later, the Spain outfit that won the World Cup for the first time in the country’s history, there wasn’t a lot of difference, with new blood introduced to the squad. While Puyol and Capdevilla were both 32, Xavi had reached 30 by this point though he could easily have been 10 years younger, while first choice reserve option at centre back, Carlos Marchena was also 30.

Having reached their peak by 2012 when they blew Italy away in the final, obviously, the majority of the Spain squad were closer to 30, with captain Iker Casillas aged 31, while Xavi was a couple of years older. For all intents and purposes, this statistic is essentially irrelevant.

Age had clearly started to show in 2014, when the nation was eliminated at the group stage, though there was a sleeping giant of Europe ready to awaken.

In this instance, the majority of this Germany side were under 30, with only reserve goalkeeper, Roman Weidenfeller (33) and mercurial captain Philip Lahm (30) being a couple of exceptions in addition to one other. Striker Klose continued to roll back the years at the age of 36 with a few cameo contributions in the tournament, dispatching against Ghana and then the 7-1 humiliation of hosts Brazil. A poetic sense of irony saw him overtake the current leading World Cup scorer, Selecao striker, Ronaldo during that game in his home country while he could only watch on, helpless and humbled, albeit as a fan.

You could argue that at Euro 2016, winners Portugal had somewhat of a mix of youth and experience in the squad as a whole, though the starting XI was filled with players who were under 30 years of age. This is of course, with the exception of the captain, Ronaldo (31) and Pepe (33). Perhaps astonishingly, centre back Ricardo Carvalho was picked in the squad at the age of 38, playing more of a bit-part role. Interestingly, Portugal broke two records in that tournament; they had both the oldest and youngest ever European Championship champion in Carvalho and Renato Sanches (18 years and 327 days), respectively.

In terms of key players two years later – for winners France, only captain and goalkeeper, Hugo Lloris (31) and rotational striker Olivier Giroud (also 31) could take any credit for having only the slightest influence on their World Cup victory. This was arguably one of the most exciting and youngest squads to win the tournament when you consider the potential factor. With influential attackers Kylian Mbappe (19) and then Paul Pogba, Antoine Griezmann and Ousmane Dembele all in their early to mid twenties, clearly they weren’t flustered. 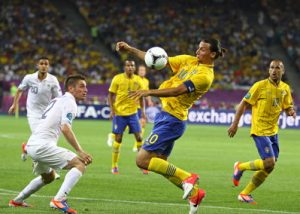 While a particularly young England side exceeded expectations in 2018, reaching the semi-final only to be agonisingly knocked out by Croatia, many have billed either Euro 2020 or World Cup 2022 for them to come of age. Boasting even more young talent to choose from this time around again, it will be a tough choice for manager Gareth Southgate as to whether he brings in more youngsters or sticks with the majority of the squad that got the Three Lions so far last time around.

No doubt France will be big favourites, with some of their squad now arguably reaching their peak (three years older), while it will be interesting to see how Spain in the middle of rebuilding their identity on the national stage will perform without any major big names of the past.

We will conclude this with just four words though…

Sweden, Zlatan Ibrahimovic (39) anyone? (that is if he is allowed to play!)