Troubled white label supplier EveryMatrix has exited the UK white label market after deeming their that part of their business to be irreparably damaged.

Following their suspension from service under orders of the United Kingdom Gambling Commission (UKGC) for non-compliance, the Malta based firm initially responded favourably to the penalties incurred, not least by partnering up with a dedicated compliance specialist, in this case the London start up beBettor.

Although EveryMatrix were originally keen to get the suspension lifted, they have now deemed their business beyond salvageable and, despite efforts to prove their ability to operate in a safe, responsible and compliant manner, will cease to reinvigorate their B2C operating licences for remote betting and casino in the UK.

EveryMatrix, who have been operating as a white label businesses since 2014, will continue to provide gambling software to its UK licensed clients as it has retained its software provision licence in relation to remote gambling software.

The CEO of EveryMatrix, Ebbe Groes, said the following;

“We fully respect UKGC’s decision of suspending our license and we acknowledge their wish for a substantially changed way of operating white label businesses in the future.
“We regret the impact this suspension has had on our loyal players, on our brands, and on our long-standing white label partners in UK, but this business has by now become unsalvageable.
“We will use this highly unfortunate event as positive as we can and we are keen on maintaining EveryMatrix’s leading role as a provider in the B2B space, in the UK and globally. This is where our company has enjoyed tremendous growth in the past several years and we will now focus even harder on this.”

EveryMatrix are not the only gaming firm reducing their operations. Citing what it describes as negligible return on investment, Gaming Innovation Group (GiG) are to permanently close down their proprietary game studio, GiG Games.

GiG launched the in November 2017 with its first title, Wild Reels, released to operators in October last year. With more titles planned but now left in limbo, the studio managed to publish just the four games, Book of Souls, Fruit Slot and Popstar. However, poor ROI has seen the Swedish firm opt to halt activity in to their failing investment.

The studio had provided a place of work for as many as 25 employees who have all received termination packages, and of whom three have been retained to maintain the existing GIG games portfolio until the end of the year.

The move, GiG estimates, will generate around €250,000 per month in savings alone, making it worth more dead than alive, for the time being at least. GiG haven’t ruled out the prospect of reviving something similar at some point in the future but for now will only offer third party content via their platform. 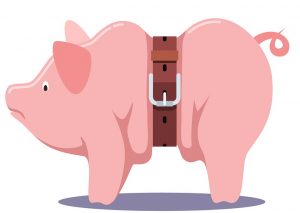 ”The decision to halt in-house content production is a strategic choice to facilitate full focus and resources on becoming the platform of choice for the iGaming industry.

This forms part of recent strategic initiatives taken to reduce non-marketing related OPEX, together with our commitment to execution and bottom line earnings. I would like to thank everyone who has been involved in building our own games for their contribution and dedication to the company.”

In June, GiG also launched their new sportsbook through their Guts brand as part of their plans to reposition themselves as a sportsbook first operator. At the time, GiG were optimistic of the games studio turning a profit also. Only last month, they approved the sale of the High Roller casino in order to focus on Rizk and Guts.

32Red And The Beanstalk 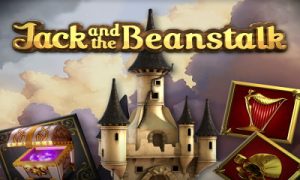 Another operator to fall foul of the law recently is 32Red. The Kindred owned firm have seen two adverts banned by the Advertising Standards Authority (ASA) for appealing to children.

The Paid Media team at 32Red had forked out for two Google adverts that would see their Jack and the beanstalk slot frequently show up in regular Jack and the Beanstalk Google searches.

Jack and the Beanstalk is a slot game produced by NetEnt and available on 32Red. However, it is clearly based on the popular children’s fairy tale meaning under age internet users, or adults in the presence of children, could inadvertently bring up the slots game rather than a story for young people.

32Red, who announced that it would immediately rollout companywide checks in order to ensure that no other game of chance returned in similar search engine requests, also removed the ads as soon as they were brought to its attention.

The ASA announced itself pleased with 32Red’s swift response.