Online gaming software supplier and site operator, EveryMatrix have seen their business grounded in the UK after the United Kingdom Gambling Commission (UKGC) suspended their GB licence with immediate effect. The suspension comes after an investigation was launched into their compliance activity which will be now be followed up by a review into practises at the firm.

UKGC’s decision was based on a review of EveryMatrix’s customer interaction framework that was found to be in conflict with section 118(2) of the Gambling Act 2005. This act allows for the Commission to suspend a licence in order to carry out a review into a business if it believes that certain conditions warrant it so.

The regulator cites concerns over potential licensed activities undertaken in a way that is inconsistent with the objectives of their licence. They also have sufficient reason to believe that EveryMatrix have failed to cooperate with reviews, acted inappropriately within the terms of their licence and may have even breached their licence. The Commission did not disclose any further details beyond these. 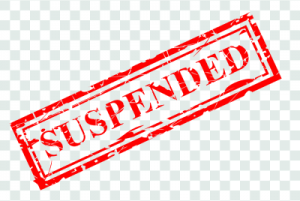 EveryMatrix are now in the process of settling up on any ante-post bets which were placed prior to the suspension, while also allowing customers to access their accounts in order to withdraw any remaining funds.

In a press conference last week, the UKGC said the following;

“We have not suspended the licensee’s activities of manufacturing, supplying, installing or adapting gambling software. The suspension of EveryMatrix Software Limited takes effect immediately. We have instructed the operator that it may settle ante-post bets that have been placed prior to the suspension coming into force and facilitate customers’ accessing their accounts to withdraw funds.”

While EveryMatrix owned gaming sites have been frozen in the UK, the same does not apply towards the company’s software operation as their B2B UK licence remains active. The firm have been permitted to, and indeed pledged to, carry on producing and supplying gambling software as before.

“During this period EveryMatrix will continue to deliver a fair and safe experience to its players. All players will be able to access their accounts and withdraw any funds held in it at any time. Ante-post bets will be honoured, so if you have placed bets on future events these will be paid out as usual if they become winning bets.” 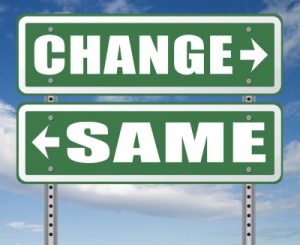 For their part, EveryMatrix responded positively to the suspension, promising to use the review to enhance its compliance procedures and processes. In order to do this the firm have outlined plans to address the concerns that were flagged and have pledged to improve how they interact with customers going forward.

The software supplier was also at pains to point out that the suspension is not the result of player complaints, neither does it have anything to do with failing a technical audit. While admitting that the penalty was issued because of the UKGC’s evaluation of their procedures, they added that they are committed to providing a fair and safe experience to its players.

In the same statement, EveryMatrix continued;

“EveryMatrix sees this licence review as an opportunity to further strengthen its compliance processes and procedures. The company is taking the Commission’s concerns extremely seriously and has already taken swift and effective actions to address the Gambling Commission’s concerns sufficiently. EveryMatrix has fully cooperated with the Commission throughout the licence review and has communicated all the steps and actions it has taken to meet its social responsibility obligations. EveryMatrix is hopeful that the suspension will be lifted shortly.”

In the meantime, if players are at all concerned, they are advised to contact EveryMatrix directly.

Conservative MP Helen Whateley is to take over from Rebecca Pow as the new Parliamentary Undersecretary of State at the UK’s Department for Digital, Culture, Media and Sport (DMCS), with responsibility for gambling and lotteries falling under her remit.

Whateley will become the third politician to hold the position inside a year after Tracey Crouch left the role in last November. Crouch, who resigned in in protest at delays to the new fixed odds betting terminals, was replaced by Pow in July by Boris Johnson, after she agreed to take on the job for a second time having served in the same position under former Prime Minister Theresa May.