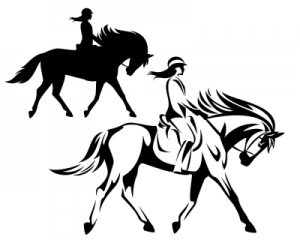 According to a study by the University of Liverpool, over the past five years, in at least four of those years, bettors that exclusively backed female jockeys in National Hunt races will have enjoyed a better return on investment than punters that opted for male only rides. The study suggests, unsurprisingly, that with the majority of male punters, female jump jockeys are wrongfully underestimated.

The study is backed by data from The Racing Post which shows that show that over the last five National Hunt seasons, women have outperformed their male counterparts in the rider’s seat in all but one campaign, that of the 2016/17 season.

The university study chose to monitor data over an 18 year period, covering some 1.6 million rides. What they found was that female ridden horses at odds of 9/1, had an equal chance of winning as a horse with a man in the saddle priced at 8-1.

As recently as this year’s Cheltenham Festival where, despite only being offered 9.2% of the total number of horses available, female ridden winners accounted for 14.3% of victories, thanks to two for Rachael Blackmore and one each for Bryony Frost and Lizzie Kelly.

Author of the University of Liverpool research and PhD student, Vanessa Cashmore said;

“This analysis seems to suggest there is a significant difference between the material performance of female jump jockeys and the public perception of their capability.
The betting public consistently underestimate these jockeys. This could be an indicator of negative public opinion about the ability of female riders, but also ensures there is value to be found in backing horses ridden by female jockeys in jump races.
I hope this research can move us another step closer to altering attitudes towards female jockeys and more importantly, driving behavioral change.”

This project was financially supported by the Women in Racing’s bursary fund and the Racing Foundation.

Women in French flat horse racing are enjoying even better success, making up seven of the country’s top 50 jockeys, up from zero in 2016. That’s five more than in the UK where currently only Hollie Doyle and Nicola Currie are representing their gender in the top 50 racers. 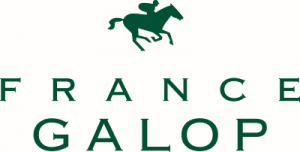 Two years ago, in a move designed to help women in the sport, horse racing officials at France Galop, who govern Horse Racing in France, introduced a new 2kg weight allowance, which has since been further reduced to 1.5kg.

Women jockeys starting to do so well would seemingly point to the initiative being a success even if things did get off to a slow start at the time. In the first year, uptake by trainers and owners had been slow resulting in just one female jockey making France’s top 50 and she was way back in 32nd place. And, by 2017, there were still only three women in the top 50.

Fast forward to 2019, however, and a jump to seven women jockeys in the top 50, proves that things are improving, not least as highlighted by Mickaelle Michel who led the jockeys championship for months in the first half of last year before eventually finishing 12th.