Paddy Power Betfair parent company, Flutter Entertainment, have agreed a deal to purchase the entire shares of The Stars Group, the home of BetStars and SkyBet as well as the other Stars and Sky brands. The new business, which will become the
biggest gaming operator in the world, is now predicted to generate an annual revenue of £3.8 billion based on the pair’s previous, individual, performance.

Once the merger is complete, Flutter shareholders will own around 54.64% of the new, as yet unnamed, company, while Stars shareholders will retain approximately 45.36% of the share capital. Both firms are valued at around £10 billion according to the deal and overnight and an excited Dublin market helped shares in Flutter shoot up over 12%.

Flutter’s all-stock offer for Stars Group’s equity was worth $6 billion which creeps ever upwards to $11 billion when you factor in the debt that Stars have accrued, and Flutter will duly assume. The Stars Group’s operating profit is forecast to exceed $700 million by 2020 which, when added to $170 million of cost savings, deducted taxes and an accepted expectation that returns will breach 7.5% within the next three year, seems plausible.

Now, the deal will move to the approval stage which should be complete by around the second quarter of 2020 after the deal gets ratified by the FCA, London Stock Exchange and Euronext Dublin. It is also required to satisfy all the terms of numerous merger controls, foreign investment and gaming related approvals in Australia, where they operate BetEasy, the UK, Ireland, the US and Canada, the very land where PokerStars started out on September 11, 2001. 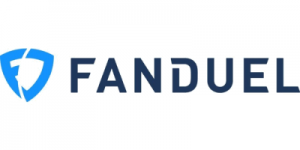 With all eyes cast towards the American market, the newly formed super group is further bolstered by Stars’ existing US partnership with FOX Sports as well as Flutter’s FanDuel US business. Flutter merged with the daily fantasy sports company last year in a deal that they believed at the time would create America’s largest online gaming business.

As part of the new deal, FOX Sports now has the right to acquire around 18% of FanDuel, who no longer operate in the UK, at its then market value in 2021. Boyd Interactive Gaming and Fastball Holdings, who are FanDuel co-shareholders along with Flutter, will receive a payment of 12.5% of the increase in FOX Sports’ market value between the date the merger goes through and when, and if, Flutter exercise their option to acquire Fastball’s remaining FanDuel stock in July 2023. 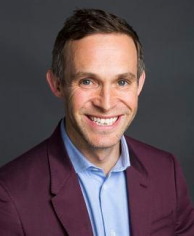 Flutter CEO Peter Jackson said; “The combination will turbocharge our existing four-pillar strategy and provide world-class capabilities across sports betting, gaming, daily fantasy sports and poker, as well as greater geographical and product diversification.
“We believe the combination of Flutter and TSG will deliver substantial value for shareholders. We will have an exceptional portfolio of leading recreational brands and best-in-class products on industry-leading technology platforms.”

On completion, Jackson will become CEO of the new group, which will be headquartered in Dublin and listed on the London Stock Exchange, while current CEO of The Stars Group Rafi Ashkenazi will take on the role of COO.

Ashkenazi added; “This exciting combination will allow us to enhance and accelerate our existing strategy. In recent years, we have transformed TSG from a single product operator in poker, to a diverse global leader with multiple product offerings across poker, gaming and sports betting. The combination with Flutter will further enhance our company’s core strengths and position us strongly for the future in this rapidly evolving industry. I’m delighted to be joining the Board of the Combined Group and to serve as its COO.”

Consolidation has a greater strategic importance within the industry these days given operators are under increased pressure while facing greater regulation in their traditional comfort zones and established markets such as the UK, where increasingly the UKGC are required to get involved.

Of course, all industry eyes are currently trained on the States where sports betting was made legal following a Supreme Court decision in May 2018 and has promoted a digital gold rush.

Stars Fluttering In The Sky

PokerStars, who were previously owned by Rational and Amaya, are now operated by The Stars Group who merged with SkyBet in 2018, while three years ago in 2015, Betfair and Paddy Power also joined forces. 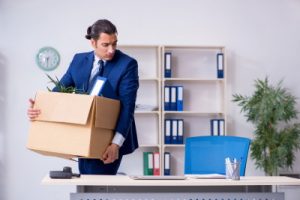 Only last week The Stars Group confirmed around 50 redundancies in their Malta office. Prior to that, jobs were also lost in Stars Group’s Isle Of Man headquarters.

The Stars Group, who will maintain a presence in Malta, blamed an evolving industry for its need to reduce numbers. The firm also saw an 11.7% decrease in international poker revenue during the second quarter of 2019 citing regulatory changes in Switzerland and Russia. The Stars Group first opened its Malta office in 2012 and just months ago opened a new office in Bulgaria.