Monday 10th November, a top civil servant in the department for culture and media announced to the All Party Parliamentary Group on gambling, that despite the review into Gambling Act 2005 being ear marked to take place this month following previous delays due to the COVID 19 pandemic,  there is set to be yet a further delay.

Sarah Healey, the culture department permanent secretary had told the committee in place for the planned review:

“I’m not able to give a firm timeline, we will seek to publish is as soon as possible.  I would not expect to see it imminently”

A proper review of the Gambling Act 2005 was a firm commitment of the Conservative Party manifesto after it became a key debating point in the 2019 general election.  Now MPs are furious that the review is not taking place as planned in 2020.   Interestingly we see there are no planned future meetings dates published on their website at the time of writing this blog, with the last meeting taking place on 7th October.  It all seems very cloaks and daggers from where we are sitting.

Review: ‘A Matter Of Life And Death’

Considering MPs announcing yesterday that the postponement of the review really was a ‘matter of life and death’ for the families of gambling victims, and that coronavirus pressures should not be getting in the way of the review.  What really is happening behind closed doors in Department for Digital, Culture, Media and Sport? We thought this review was a non-negotiable based on our previous blogs and information shared by the government in early 2020.

Tory Richard Holden, a member of the Commons public accounts committee echoes the concern of the delay in his comments this week:

“The fact that the most senior civil servant in the culture department now seems to be backing away from getting the gambling review kicked off is very worrying.’

For several years now the gambling industry and the UKGC in particular have come under increasing pressure for not doing enough to regulated operators and protect problem gamblers.  This is combined with the belief that the 2005 Gambling Act, which acts as the basis for what the Gambling Commission do, is now outdated and does not reflect the needs of an age where most betting is now done online.

In fairness to the UKGC they are a body that are drastically underfunded for an industry worth over £15 billion.  Over the past few years the body has enacted rules that have lead to the reduction in stakes on in-shop fixed odds betting terminals, increased verification requirements, banned the use of credit cards and also implemented emergency measures during the initial corona virus outbreak to help protect problem gamblers.

Still, the body has become the whipping boy for all of the issues that exist in the industry and being hampered by an out of date act many were hoping a review would be completed this year.  This will then lead to a new gambling act that will focus more on the harms from online gambling as well as possibly a new body, or multiple bodies with different responsibilities, to replace the UKGC. 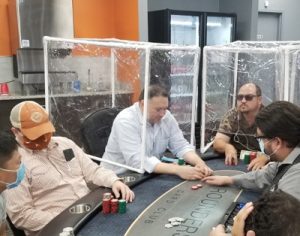 Hearing this news made us consider whether the situation caused by corona virus and change to life as we know it had any impact of gambling behaviours and whether it has caused a rise in gambling harms.

GambleAware had recently published a report into the effects: “The impact of the COVID-19 lockdown on gambling behaviour, harms and demand for treatment and support”.  As expected, from the study making a comparison between the same cross section of participants (identified under the Problem Gambler Severity Index ) between October 2019 and May 2020, there was a significant decrease in gambling activity, this covering all forms of gambling.  However, there was a significant increase in casino game usage, increasing from 1.5% in October 2019 to 2.3% in May 2020.

The change recognised in gambling motivation during lockdown was not linked to money worries or concerns about not winning if they don’t play, rather people gambling for fun or to ‘escape boredom’,  which we know many people encountered during lockdown.  The lack of sport being available seriously reduced gambling harms during this time.  Perhaps these preliminary findings have given food for thought.  We are keen to see what the second lockdown bring in relation to gambling, especially as we have sport back on our television sets.

Two members of the Parliamentary All Party Betting and Gaming Group have recently taken consulting jobs with GVC and BGC providing advice on ‘responsible gambling and customer service’.

Ladbrokes GVC has paid MP Philip Davies a pretty penny, £396 per hour to be precise, to support an internal review into Ladbrokes commitment to reducing gambling harms, whilst MP Laurence Robertson sits with the Betting and Gaming Council doing much the same.

Of course, these appointments spark heavy criticism from Labour MPs reminding those that are interested, that both Davies and Robertson are still members of the All Party Parliamentary Betting and Gaming group yet have also have been advocates of the horse racing and betting industry for many years.

Labour MP Carolyn Harris, who is a strong participant in gambling reforms said:

“Laurence and Philip Davies are the two people who’ve spoken out most in support of the industry.

“There’s a conflict of interest here, isn’t there?”

This isn’t the first time we have heard of MPs getting into bed with bookmakers.  In September Tom Watson, the form Labour Party deputy prime minister,who stepped down during the labour party election leadership race, takes a job with Flutter Entertainment, the owners of Paddy Power.

This is an interesting career choice for Tom particularly as in his resignation letter to Jeremy he was loud and clear about his aim for further devotion to reducing gambling harms.  Of course, he isn’t taking the role as head promotions advisor, that would be very strange, instead he is, like Philip Davies advising Paddy Power on its approach to reducing gambling harms.

Its obvious why he has taken this job.  The only way to really make a difference is by changing attitudes from within the demon.  He will be waxing lyrical to Paddy Power.  I wonder if he passes his probation period?