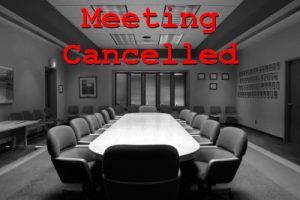 GVC, William Hill and Flutter Entertainment CEOs have come under fire this week after puling out of meetings with members of the government to discuss the dangers of online betting. The bosses of all three were due to be quizzed about their current efforts and forthcoming plans to combat the harms caused by betting online. Previously, the CEOs of all three confirmed their participation in a Westminster meeting due for this week.

GVC have Ladbrokes and Coral under their umbrella and also, to a lesser extent in the UK, Bwin, while Flutter Entertainment were formerly known as Paddy Power Betfair so, together with William Hill who own Sporting Bet, make up a vast portion of the UK online betting scene.

As such, MPS have branded their withdrawal, which all came within days of each other, as outrageous.

The session was arranged by the All Party Parliamentary Group (APPG) which is chaired by Carolyn Harris MP. She had this to say about their absence;

”These are men who run companies that feed addiction, amass vast profits from the vulnerable and take home huge pay packets, yet they are too afraid to appear before MPs. They seem to think they have better things to do than to explain their actions publicly. They are running scared and their actions are cowardly in the extreme.” 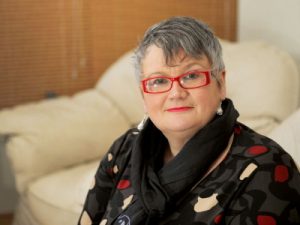 The first of the three to pull out was Kenny Alexander, the chief executive of GVC Holdings. Prior to this, Alexander had been looped in to a series of emails sent from a compulsive gambler to Harris, which may or may not have sparked Alexander’s rebellion.

The gambler in question had included details of Ladbrokes Coral encouraging him to play with tens of thousands of pounds while ignoring any clear signs of gambling addiction. While this can’t be used to justify Alexander’s decision to withdraw, indeed a spokesperson blamed business commitments, Alexander has agreed to reschedule and attend an alternative meeting at a later date.

However, within 24 hours of Alexander’s withdrawal, Philip Bowcock who holds the same position at William Hill, also pulled out of the meeting, this time citing UK licensing commitments as well as scheduling conflicts with shareholder meetings. Hills did, at least, offer to send a representative in UK and Ireland Managing Director of Online Betting Phil Walker.

The meeting was given a third blow soon after when Flutter Entertainment’s Chief Executive Peter Jackson became the next to cancel and gave his reasoning as unforeseen travel, and will send Dan Taylor, Chief Executive of European operations instead.

Elsewhere, Betfred CEO Fred Done will also be absent but had never pledged to attend, while both SkyBet and Bet365 Chief Execs are due to, at the time of writing at least, attend this Wednesday’s meeting in Westminster.

Huddersfield Town’s well documented sponsorship stunt with Flutter Entertainment’s Paddy Power has landed the Championship side with a hefty £50,000 Football Association fine. The fine, which also comes with a warning, has been issued after the stunt, in which Paddy fake sponsored the team’s kit with an oversized logo only to ‘unsponsor’ the side a few days later, was found to be in breach of kit and advertising regulations, specifically FA Regulation C.2(i), which limits sponsor logos to within 200 square centimetres and must only appear on the front. The team even wore the kit during a pre-season friendly match against Rochdale AFC.

The whole saga turned out be a part of the bookmaker’s Save Our Shirt campaign which also took in Motherwell, Macclesfield Town, Southend United and Newport County, all of which are playing this season in shirts without sponsor’s logos, save for manufacturers, on them.

While the Save Our Shirt campaign is, so it is said, aimed at dissuading betting operators from sponsoring football team’s shirts, the size of the fine faced by HTAFC has drawn criticism from some quarters.

Only one month previously, the FA concluded that a fraction of the penalty dished out to Huddersfield was a worthwhile punishment for racist chants at a football match. The £10,000 sum, which came with an order to “implement an action plan”, was demanded of Millwall FC for racist chanting.

This is considerably less than Huddersfield’s £50,000 for last month’s kit stunt and has naturally led to attacks from some quarters that the FA simply do not take racism seriously.

The FA went on to add that Millwall had failed to use all due diligence in ensuring that their fans refrained from using racist language as evidenced by video footage posted in an online forum.