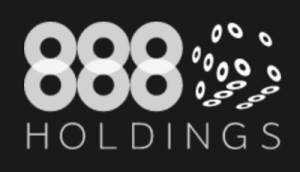 888 Holdings PLC is more commonly known as 888.com, which is its official website for online casino gaming, sports betting and poker gameplay. The public company that it is owns several popular gambling brands and online sites, including its own launches in 888Sport, 888Casino and 888Poker. Basing itself out of Gibraltar, the company is also listed on the London Stock Exchange and makes up part of the FTSE 250 Index as well. It has already marked its 25 years of activity within the gambling world, having started out in 1997, and it has come a long way in those proceeding years.

An In-Depth Look at 888 Holdings

The 888 brand was founded in 1997, basing itself out of the British Virgin Islands, and starting out its life as Virtual Holdings Limited. In that same year, the Antiguan subsidiary of the company managed to acquire a gaming licence in Antigua, and from there, it based all of its management, gaming servers, member support functions and technical and payments employees. It was then in May of 1997 that the company’s first proprietary product was launched in Casino-on-Net.

One year later, in Tel Aviv, Israel, Random Logic Limited was established. This was set up so as to provide research and development, as well as marketing services, to the 888 Holdings brand. Things proceeded at a steady rate for the next couple of years, before in 2002, the company launched its second casino service in Reef Club Casino. It was also later on in the year that 888.com was opened, featuring its own multi-player poker room, Pacific Poker. An extra office would also be established in London, sourcing its offline advertising in the United Kingdom.

As of July 2003, 888 acquired its gambling licence from Gibraltar, and this saw the company move its headquarters, management team and so on from Antigua to that location. Two years later, the company was listed on the main market of the London Stock Exchange, and it became one of the founding members of eCOGRA, dedicated to providing top-quality customer protection.

All of the company’s activity in the United States would cease in 2006, thanks to the passing of the UIGEA law in September. And it was in 2007 that it turned to the world of takeovers and acquisitions, setting the company off on a path that it is still following to this day – to become the biggest and the best gambling provider in the world.

Today, 888 owns and operates some of the globe’s most exciting and trusted online casino, sports betting, poker and bingo gaming brands available. And it has a strategy in place to experience continued growth in the future. Through this, the company aims to develop what it defines as “state-of-the-art technology”, as well as new products, which allow users to have a fun, fair and above all else, safe digital gambling experience. It has four key pillars to focus on to do this – Market Focus, Sustainable Competitive Advantages, Value-Enhancing M&A, Made for the Future.

In order for the company to grow at a significant rate, it has acquired several other brands, with the first of these takeovers occurring in 2007. These brands operate alongside the original launches by 888, ensuring that it has quite the scope of the iGaming and betting scene in its path. Take a look at some of the acquisitions that have been snapped up by 888 Holdings across the years below.

Brands that have been acquired by the company have all been brought under the singular “888.com” brand, and they include:

It hasn’t all been plain sailing for the 888 Holdings company, though. At times, it has been the receptacle of fines relating to misconduct. What were these fines for and how much were they? Take a look at some of them below.

888 Holdings has grown considerably over its many years of operation and has a strong financial status in the gambling industry, too. Take a look at some facts and figures relating to this below.

The primary office location for 888 Holdings can be found in Gibraltar, which is where its headquarters are found. Yet it also maintains offices in various other cities around the world, including: