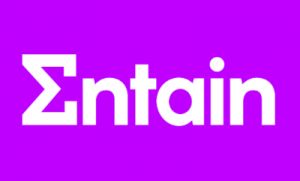 Entain plc started out life in 2004, going by the name of Gaming VC Holdings. Founded in Luxembourg, the sports betting and gambling company has built itself up to become a powerhouse in the iGaming world. Today, it is listed on the London Stock Exchange and makes up part of the FTSE 100 Index.

Throughout the years of its operation, Entain has acquired a variety of other brands, including bWin, Coral, Ladbrokes and PartyPoker, amongst others. In 2010 it was reorganised to be known as GVC Holdings before becoming Entain in September of 2020.

An In-Depth Look at Entain

As one of the world’s largest sports betting and gaming groups, Entain provides its services to both the online and offline gambling scenes. While originally starting out in Luxembourg, the company’s main headquarters are today found in London, while a registered office can also be found in Douglas, Isle of Man. It moved from Luxembourg to the latter of these two locations in 2010.

Entain has always had a vision to be the world leader in betting, gaming and interactive entertainment. And this has been the case ever since it was known as GVC Holdings. Its primary aims were refreshed in 2020 when it had its rebranding, with sustainability and growth being two large focus areas for the brand. By the end of 2023, Entain aims to have 100% of its revenues coming from regulated markets around the world, meaning that it is already in the process of withdrawing from markets that do not fit into this sector.

Entain has not chosen to centre itself on any specific gambling area, instead combining various companies from the sports betting, gaming and US brands, keeping itself involved in different zones. And it has been acquiring other brands, casinos and so on ever since it started operating back in 2004. Its very first takeover was of the Casino Club brand, before 2007 rolled around and it launched its own sportsbook after acquiring a licence from the Malta Gaming Authority.

As the years have passed by, Entain has secured more and more businesses, growing bigger and bigger. Additional licences have also been provided to the company, with it now being licensed and regulated in 27 jurisdictions around the world. It also has 24,000 full-time employees working under it and offices based in 18 territories across five continents.

Throughout the years, Entain has taken over a variety of other companies and brands, adding them to the ever-growing collection under its umbrella. Doubtless, these brands have helped to expand the reach of the company, and there is likely to be more acquisitions in future. Here are some of the takeovers that Entain has been involved in over the years:

As well as acquiring all of those companies listed, Entain got its hands on a variety of other brands as a result. The Ladbrokes brand goes all the way back to the 1880s and has taken its own route to securing additional brands throughout its years of operation. The company purchased the Coral brand in 1998 for £363 million, although it was ordered to sell it by the Government after the Monopolies and Mergers Commission found the acquisition was anti-competitive. It was only in 2015 that Ladbrokes announced it was in talks with the Gala Coral Group regarding a potential merger. When this deal went through in 2016, the merger created Britain’s largest bookmaker. Everything associated with Ladbrokes and Coral was then acquired by Entain in 2017.

Entain has also been responsible for launching its own brands, including the popular PartyPoker platform. This launched in 2001, and it remains as one of the most recognisable brands for poker players.

The complete selection of brands that Entain has acquired or launched are as follows.

One final part of the Entain brand is that it provides B2B services as well. These are offered to a number of gaming operators, including Danske Spil (Denmark’s state-owned operator providing online gaming), PMU (the French betting provider for online poker) and AGT (as part of a joint venture to provide virtual sports betting in China).

It is prominent to note that Entain has indeed been on the receiving end of fines during its years of operations, and these date back to its time as GVC Holdings. Take a look at some of the penalties it has had to pay: 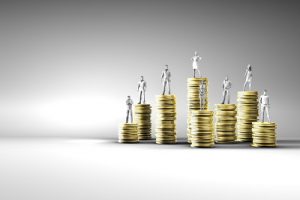 To find out more about the financial status of Entain, here are some figures regarding such for the 2020-21 financial year:

As well as having its head office in London, England and the other in Douglas, Isle of Man, Entain has offices in various other locations. These include: