Flutter Entertainment Plc is a company that has not been around for such a long period of time in its current form but was created by the merger of two large brands with a lot of history behind them. It was in September 2015 that the company was created, thanks to the merger of Paddy Power and Betfair. And due to Paddy Power shareholders possesses 52% of the business, the company became known initially as Paddy Power Betfair plc. It was in 2019 that it went through a rebrand to its current name, which occurred a few months prior to it taking over control of The Stars Group. Today, Flutter is the parent company for some of the world’s largest betting and gaming brands.

An In-Depth Look at Flutter

The formation of Flutter came about when a deal was entered into between the Irish bookmaker Paddy Power and one of its British rivals in Betfair. Terms for the merger of the companies were agreed to on September 8, 2015, with the deal finalising on February 2 of the following year. It wasn’t long before an announcement was made that 650 jobs in both the United Kingdom and Ireland would be lost at what was then known as Paddy Power Betfair Plc.

Back in October of 2016, a massive payout of $1.1 million was handed over to those punters who wagered on Hillary Clinton securing the presidential election in the USA. Trump, of course, won that election.

Flutter has its headquarters in Dublin, Ireland, which has been the case ever since the merger was agreed upon between Paddy Power and Betfair. Stepping up to the plate of CEO in mid-2017 was Peter Jackson, who also served as the CEO of Worldpay UK, and he succeeded Breon Corcoran in his position with Flutter.

For Flutter, it has the aim of bringing entertainment to life for millions of avid gamblers, but also providing a safe and responsible way of doing that. Sustainability is also high up on the company’s agenda, and the company constantly explores new spaces and markets to expand its reach even further.

While achieving successful progression and delivering on its goals of 2018, Flutter went through a sort of refresh of its primary aims in 2021. Currently, this strategy aims to see it deliver and defend its prime positions in existing businesses, whilst also cultivating an innovative mindset as a way of capitalising on any potential opportunities coming around in the future. Those new priorities have been set out across four pillars of focus – Grow, Invest, Build and Future. 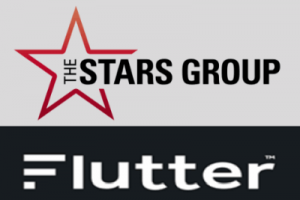 After the two powerhouse gambling companies united to create Flutter (which it rebranded to in March of 2019), it set about trying to expand to even greater lengths. This resulted in it acquiring a number of other brands, bringing them under its umbrella, as well as crafting some of its own online operations alongside. These are some of the takeovers that Flutter Entertainment has partaken in over the years:

Flutter, through its acquisitions of other brands and launches of its own products, is responsible for a number of brands. As part of the takeovers that it has been involved in, Flutter is now also the owner of Sky Betting and Gaming, a highly popular brand in the United Kingdom. Sportsbet is also under the Flutter banner, and due to its acquisition of The Stars Group, so is the online poker platform PokerStars.

It is also the case the Flutter is responsible for Junglee Games – a pioneer in the Indian online gaming space, as well as the fastest-growing skill games company based in Southeast Asia.

Not only that, but the company owns the TVG Network, which serves as an online horse and greyhound racing betting business as well as an American sports-oriented digital cable and satellite television network. Sporting Life also comes under the ownership of Flutter, providing horse racing tips and results, football scores, greyhound racing insights and so on.

The complete selection of brands that Flutter has acquired or launched are as follows:

Flutter may have excelled in various areas, but it is also the case that it has been on the receiving end of one or two fines over its years of activity. Here are details of some of those penalties imposed upon the company: 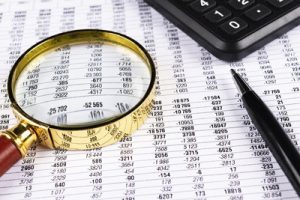 Flutter is one of the world’s largest parent companies of gambling services. Take a look at some of the facts and figures relating to its financial status at the moment.

The head office for Flutter can be found in Dublin, Ireland, at Belfield Office Park, which is where it has been based ever since it started operating as a combination between Paddy Power and Betfair. It also has an office located in London, on the Waterfront at Hammersmith Embankment.