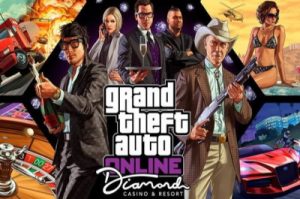 Rockstar Games, the makers of the popular Grand Theft Auto (GTA) titles, have announced a new online update for the fifth instalment of the series in which a casino will open in the fictional city of Los Santos that will, for the first time ever, allow video game players to effectively “bet” with real money. While the game does come with an 18 certificate in the UK, it remains popular among young teens.

The new Diamond Casino and Resort online release allows players to buy in-game “dollars” with real money which can then be exchanged for gambling chips to use at on roulette, blackjack, slot machines, at the poker table or to bet on virtual horse racing. The in-game money can also be used to purchase cars, weapons, cosmetic items or for furnishing your casino penthouse.

Although winning wagers will not pay out in actual cash, consumers and watchdogs alike are undecided whether or not the new feature constitutes gambling, although it certainly closes the gulf between video games and gambling. Rockstar, who are no strangers to controversy, have also included an array of missions, story scenes as well as new vehicles in the update, all of which are centred around the casino resort. 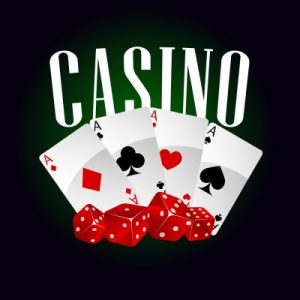 Rockstar’s previous release Red Dead Redemption 2 and its predecessor both included poker in the game, while the former also added the inclusion of blackjack. Although, at no point, have players been required to upload personal funds in order to play.

Before the launch, or grand opening, of the new casino it was unclear whether or not real money would feature in the new release. One popular gaming site, Kotaku, suggested that any chips would need to be earned in the game, as is the case in RDR 2.

That though is clearly not the case and currently around GTA $500,000 can be acquired for £5.99 and, as is often the case with such things, there are discounts applied for higher bulk purchases. There is also a limit on how many chips can be bought every hour in the new casino.

This is not the first time that gambling has entered into video games by the backdoor. Twelve years ago, another title with an in-game casino caused similar controversy. Back in 2007, Minden Lab’s Second Life was put under pressure from the US’s Department of Justice as well as similar agencies overseas to self-ban similar virtual casino offerings.

The fact that in-game gambling winnings cannot be converted back into real money is likely to prove the saving grace for Rockstar as the United Kingdom Gambling Commission (UKGC) noted a key distinction.

The UKGC has distanced itself from overseeing the purchase of in-game content, telling the Department for Culture, Media and Sport select committee on Monday that, because a prize has to be either money or have monetary value and there is no official way to monetise the winnings, they do not consider such items, namely FIFA player packs and video game loot boxes, as gambling. Admittedly, that was only a few days before GTA Online released the new casino update. 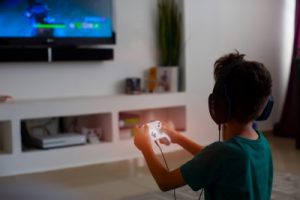 Their position though is clear that, because no ‘official’ way to sell on the contents of the loot boxes currently exists, it doesn’t legally count as gambling. However, unofficially there is an online black market in some games where third-parties allow players to sell the in-game items they have won, such as highly prized Counter-Strike: Global Offensive skins. Since the skins can be sold for real money, many have suggested that this does constitute unlicensed gambling. In GTA, however, this is harder to achieve seeing as items are tied to a player’s account.

Understandably, many parents are upset as children routinely spend heavily on in-game purchases and this could link to future gambling, although, again, the game does come with an 18 certificate. In truth, very often age ratings are not enforced, or even taken seriously, by most parents. In turn, even though a game is rated adult, they can still be bought for minors by well-intentioned but misinformed parents, and by paying for their child to buy in-game add-ons, they have just inadvertently endorsed virtual gambling, which some parents may not mind but others certainly will.

Diamond Casino Banned In Over 50 Countries

The new content has not been met well in some regions where players have reported that while they are free to walk around the casino floor, gambling tables were blocked in countries where gambling is illegal

In fact, one 54 strong list on Reddit named countries where the gambling element is restricted due to the region’s approach to gambling laws. Most of Western Europe, North America and Japan are not on the list, which is important for Rockstar as these are key markets for them. 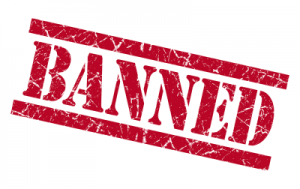 There is a flawed logic to some areas though as Belgium banned loot boxes as gambling in 2018, as did The Netherlands, but has allowed players to play with real money at The Diamond Casino, however in Poland, Portugal, and Greece, players are restricted. Similarly, Argentina and Portugal have also been blocked but loot boxes and online gambling remain freely available there.

One option open to Rockstar is to apply for government licenses from those countries, such as Portugal and Malta. Elsewhere, people are reporting being able to get around the ban by using a VPN.