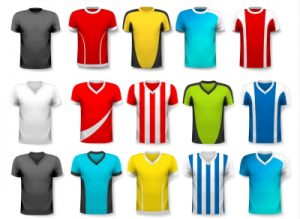 That’s because last season only nine sides were sponsored by a gambling firm and one of these, Huddersfield, has since been relegated to the English Championship, sponsored by Sky Bet, where the problem is even worse. There, 17 out of 24 clubs will display a betting logo on their jersey bringing the total number of club’s with such an association in the top two flights of English football to 27 out of 44.

Currently, none of England’s top six have a gambling sponsor, at least as their main sponsor, but the gambling industry still accounts for 10 from the other 14 clubs. The biggest deal among these others is Betway’s £10 million deal with West Ham United. The others – Everton, Wolves, Burnley, Crystal Palace, Newcastle United, Watford, Aston Villa, Bournemouth and Norwich City – will all pick up healthy sums for promoting betting operators, while newly promoted Norwich recently switched Leo Vegas for Dafabet.

While the figures above refer to shirt sponsors, most clubs also have betting firms as kit sponsors or even as “official betting partners”. Take the big six. Last season Liverpool’s training kit was sponsored by BetVictor, a deal that has expired this season. While AXA insurance will do the same job for the club this season, it hasn’t stopped Liverpool from signing a deal with 1xbet who do not, as yet, operate in the UK.

1xbet also penned a deal this summer with Chelsea, another member of the top six, while Manchester United have a similar deal in place with MoPlay, who are the club’s official betting and gaming partner. Last summer, Manchester City’s deal with BetSafe expired leaving them free to tie up with Marathon Bet instead, while BetConstruct’s B2C online sportsbook brand Vbet replaced Betfair as Arsenal’s principle betting partner earlier this year. The final member of the England’s top six, Tottenham, consider William Hill to be their betting partner also.

Elsewhere, Newcastle have doubled down by this week signing a new deal with MansionBet to be their official UK Betting Partner, despite displaying the sportsbook and online casino brand FunB88 across their shirt. Leicester City, Premier League champions in 2016, have associations with both Betway and Bet365, with only Southampton and Sheffield United seemingly free from such an association.

The news comes just as LadbrokesCoral owner GVC and, more recently, Paddy Power Betfair have backed moves to remove sponsorships of any kind from football shirts. Only this month, Paddy Power staged another elaborate publicity stunt in which they claimed to be the new shirt sponsored of recently relegated Huddersfield Town.

When the initial kit was launched it featured a huge Paddy Power sash-like logo running diagonally down the shirt. While many suspected foul play on Paddy’s part, Huddersfield even took to the pitch wearing the controversial kit during a pre-season friendly. However, the very next day, it was announced that the whole thing was part of Paddy’s ‘Save Our Shirts’ campaign which has since been extended to Motherwell, Newport County and Southend United.

GVC Holdings have also launched a campaign, theirs being ‘Changing For The Bettor’, which includes initiatives designed to increase understanding, heighten education, promote responsible attitudes, decrease marketing aggression and increase funding for research.

A spokesperson for GVC said; “we are committed to unilaterally ending all football shirt sponsorship deals with UK teams and banning perimeter board advertising at football grounds, to allow sporting fans to watch their favourite teams without seeing any incentives to bet.” 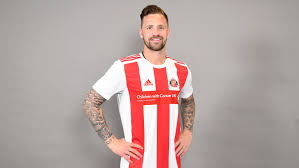 One of GVC’s brands, Betdaq was, until recently, the shirt sponsor of both Sunderland AFC and Charlton Athletic. However, for the upcoming season, it has removed the brand’s logo from both teams’ shirts and is instead donating its sponsorship place and funds to the Children With Cancer charity.

Politicians and numerous gambling awareness groups and have set industry alarm bells ringing about the huge amount of gambling advertising in sports and in particular football. The moves to remove sponsorships from shirts would work alongside actions against pitch side billboards and television ads, the latter of which will be subject to a whistle to whistle, pre watershed ban during live televised sports in the UK from August. The movement aims to curtail gambling directed at young, impressionable people watching sporting events.