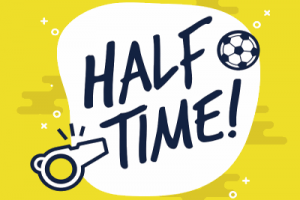 When it comes to betting on football, everyone understands the nature of Match Betting. Will the final result of the match end in a win for the home team, a win for the away side or a draw? Sometimes labelled the 1X2 market, it is arguable the simplest to understand in all of football. One thing that not many people think about is betting on the result at half-time, which works in the same way but obviously isn’t the same.

It’s an interesting wager to opt for because it’s not dependent on the final result, though it can sometimes be influential on it. Even if you don’t want to place a bet on the result at half-time, it’s worth knowing how often results go one way or the other based on the half-time scoreline for those of you that either bet In-Play or might want to consider using your Cash Out option with your bookmaker of choice.

First things first, let’s have a look at the stats from the 2019-2020 season to get an idea of how often each type of result is present during a league campaign. The table above looks at how often each team was winning, losing or drawing at half-time according to the number of games that was the case in in the Premier League.

The interesting outliers there are Crystal Palace, Wolverhampton Wanderers and Newcastle United, all of whom were leading at half-time less often than Watford and Norwich City, yet it was the latter two teams that were relegated at the end of the season. Add in the other relegated side, Bournemouth, and Newcastle were leading less often than them. A sign that if you need big second halves you’re asking a lot of your team.

Here’s what those half-time scorelines look like as a percentage of the overall matches played during the season:

Given that the Premier League’s final standings that season saw Liverpool winning it, Manchester City coming second and Manchester United coming third, we shouldn’t be too surprised that they are the sides in the table with the highest percentage of half-time leads. Indeed, Chelsea came fourth and had the fourth highest percentage of leads after 45 minutes in the Premier League that season.

Now that we know how many games each team in the Premier League was winning, losing and drawing during the 2019-2020 campaign, let’s have a look at what happened to half-time leads. If a team gets their nose in front by the time the referee blows his whilst at the end of the opening 45 minutes, is it enough to mean that they will almost certainly go on to win the game? Or are there a fair number of draws too?

It’s interesting to note that of the 240 games in which a team was leading at half-time, only 22 of them, or 9.16%, ended in defeat. It’s certainly suggestive of the fact that if you’re leading when the referee blows for half-time then there’s far more chance that you’re going to take at least something from the match when the full-time whistle goes. A team’s ability to take a result also reflects how they do in the table at the season’s end.

The other thing that stands out is the fact that Aston Villa, Watford and Norwich City all did the poorest when leading at half-time and all were either relegated or survived relegation by the skin of their teeth. Indeed, Aston Villa might well have been relegated had they not benefitted from Hawk-Eye not acknowledging that the ball had crossed the line in their match against Sheffield United.

Manchester United, meanwhile, continued the club’s remarkable statistic of never having lost a home game in the Premier League in which they were leading at half-time. By the time that they played Chelsea at Old Trafford in the 2019-2020 season, the Red Devils had led 263 times, going on to draw 16 of those but never failing to take at least one point away from the games.

That Manchester United stat is obviously incredibly impressive, especially when you consider the number of different managers that the club has had since the departure of Alex Ferguson, but it does require them to be leading at half-time for it to be relevant. If they are drawing or losing then it becomes null and void, so it’s only right that we have a look at the performances of teams that are drawing after 45 minutes.

The table above looks at the number of times that teams drawing at the half-time whilst have gone on to win, lose or draw the match in question.

It’s fair to say that a team’s ability to turn a draw at half-time into a win at full-time can be the difference between staying in the division or getting relegated. Norwich City were drawing 12 times when the half-time whistle blew across the campaign, but went on to lose seven of those games. More than a quarter of their total losses for the season came from a drawing position after 45 minutes.

Equally, the eventual title winners, Liverpool, managed to turn seven of their nine draws into wins, losing one and drawing the other. Manchester City, the closest challengers, were also drawing nine times when the half-time whistle was blown, but they could only turn six of those into wins and lost two of them. Burnley were arguably the masters at turning a draw into a win, doing it nine times from a possible 17.

In total, 280 Premier League matches were being drawn at the end of the first 45 minutes, with 100 of them finishing that way. That’s 35.71% of games that finished at they were at half-time when the match was being drawn, or more than one in three. In other words, if you’re betting In-Play on a game that is honours even when the half-time whistle is blown, it might be worth having a flutter on things staying that way.

Perhaps the most interesting statistic of all of them is the amount of times that a team was losing at half-time and still went on to win the game. It’s the thing that those betting In-Play are most concerned about, given that the temptation may well be to Cash Out on bets that had a team to win if they’re trailing at half-time. It’s all well and good knowing the likelihood of winning when leading, but winning when losing is more interesting.

The table above looks at the stats for the 2019-2020 campaign, considering the number of times a team was on the losing end of the result when the second-half kicked off but managed to turn things around and claim a victory when the full-time whistle was blown.

There are a number of things to take away from the table above. The first is that only seven teams failed to turn any of their losses at half-time into victories. Another is that only West Ham United, Norwich City and Everton failed to get anything at all from the matches in which they were trailing at half-time. That Norwich City are on the list isn’t all that surprising, considering the Canaries finished bottom, but Everton and West Ham are.

As for Liverpool, the Merseyside club enjoyed their best period in the division to date, finishing the campaign on 99 points and winning the title for the first time in the Premier League era. It’s not surprising, therefore, to see that the Reds managed to win as many matches they were losing in as any other team apart from Wolverhampton Wanderers, nor that they were only trailing at half-time five times across the campaign.

Indeed, Wolves are one of the outliers from that season. Though they won from a losing position more often than any other side, only Norwich City and Bournemouth, two of the teams that went down, were losing more regularly than the Black Country side across the campaign. Though they did well to turn things around four times and get five draws, it is not a sustainable model to be losing so often in matches.

There were 240 matches in which one of the sides in the Premier League during the 2019-2020 campaign was losing at half-time. Of those, 19 of the matches ended up being victories for the trailing team. That is 7.91% of games that get turned into victory for the losing team. In other words, if a side is trailing at half-time then they might still be able to get something out of the match, but the chances of a win are slim.

Things To Bear In Mind

There are a number of things to think about when considering the above information. The first and arguably most important is the fact that the 2019-2020 campaign was one that was virtually split in half thanks to the global pandemic that struck sport all over the world. When the Premier League resumed, fans were no longer present in the ground. Quite what a difference that might have made is difficult to quantify.

There’s also the fact that the season was such an outlier for Liverpool. Being the first title win for the Merseyside club, it’s difficult to ascertain how many of their results were down to the sheer force of will of the team to get the title over the line. Jürgen Klopp boasted that his side was full of ‘mentality monsters’, which is perhaps shown in the fact that they did so well in all three tables in terms of winning matches regardless of the half-time result.

Even so, the figures above are representative of any season, irrespective of global pandemics and runaway league leaders. It’s not common for the losing side to turn their match around more than about 10% of the time, nor is it usual for a side leading at half-time to be on the losing end of the result come the half-time whistle. Whilst the half-time result isn’t a dead cert for the full-time one, it’s certainly indicative. 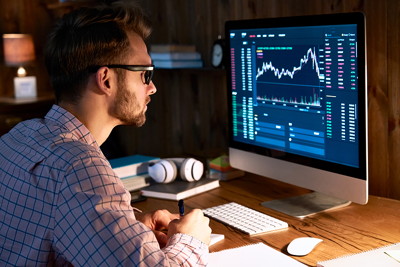 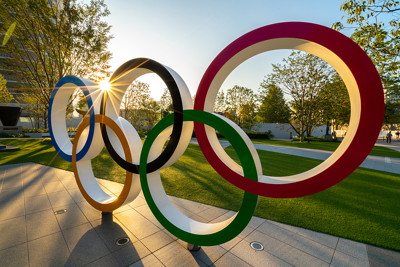 Are You Allowed To Bet On The Olympics?

How Often Do Games Produce Over or Under 2.5 Goals In Football?
More Blog Posts