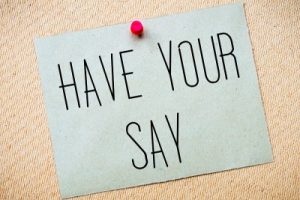 The government’s review of the Gambling Act of 2005 has been launched, finally, with the aim being to ensure that gambling laws being used in the United Kingdom are fit for a digital age. The review is being described as ‘major and wide-ranging’, with the announcement having already been made that the minimum age to play the National Lottery will be raised from 16 to 18 as part of said review.

The government is looking to take evidence until the end of March 2021, meaning that you can take part in the review if you’ve got something that you’d like to say about the gambling industry. Whether you think the review is overreaching, not going far enough or, like Goldilocks’ porridge, is just right, you can get involved and tell the government as much. The review is specifically aimed at getting opinions from all punters and players, not just operators and regulators.

There are many people who are disgruntled about the proposed new gambling laws with some thinking they may infringe on the freedoms to risk your their own money.  Others think the new proposals do not go far enough in tackling responsible gambling issues.  The only way the government can know how people feel is if you let them know now so they can consider those opinions when drafting the new laws.  If you don’t express your opinion now it is hard to then complain about it later.

What The Review Is About

When the government signed the Gambling Act of 2005 into law, the iPhone was still two years away from being created. The very notion of people being able to gamble using their mobile phones or tablets at home was alien to those putting the bill together, let alone the proliferation of such a form of gambling that we see today. Yet it is that Act that still governs, by and large, the rules on laws and gambling in the modern era.

Obviously the government wants to do what it can to bring the Gambling Act of 2005 up to date, moving away from the ‘analogue law’ that is being used in a ‘digital age’. That’s a large part of what the gambling review is aimed at doing, as well as ensuring that children, young and vulnerable people are protected from gambling related harms as much as possible, which is the logic behind changing the National Lottery age from 16 to 18.

Sport minister Nigel Huddleston summed up the issues with the Gambling Act of 2005 by saying,

“Patterns of play have changed since its inception, with a shift towards online games, and this change will help make sure the National Lottery, although already low-risk, is not a gateway to problem gambling.”

It was a thought echoed by Oliver Dowden, who said that the industry as evolved at ‘breakneck speed’.

In broad terms the review will look at the following areas, although it will consider any views around gambling that relate to it being safe and secure for users.  The more evidence you can present to back up an argument the more credence it will have.

Why Having Your Say Matters

The review that is currently being carried out by the government will forge the approach that is taken for the creation of the next Gambling Act, so it is vitally important that those that actually engage in gambling as a pastime have the ability to help shape it. The government will, understandably, be looking at things such as how to protect the vulnerable, not thinking about the actual bettors being affected.

You might be of the opinion that the government seems to be getting everything right with its approach to possible gaming reform, which is just as valid an opinion as anything else and worth informing them about. Some of you may be of the belief that what you’ve read about the government’s plans doesn’t go far enough, so you might want to tell them where else they should be looking to reign in the gambling industry’s influence.

It’s also likely that a number of you may be fearing the idea of government overreach. This is obviously an important thing to let them know about, given that most of the voices that they’ll be hearing will be critical of the gambling industry. If you’re the sort of person that thinks that everyone should be allowed to set their own limits then you need to ensure that your voice is heard as loudly as any others.

Problem gambling is an issue that has plagued the gambling industry, with plenty of people feeling that the government hasn’t gone far enough in trying to reign it in. There are a myriad of online casinos in existence now, with some more trustworthy than others. Letting the government know that it has a duty to control the explosion of such sites, if that’s your view on the matter, is a valid thing to do.

How To Have Your Say 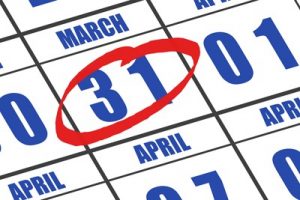 The Digital, Culture, Media and Sport is looking for evidence in its Gambling Act Review, with the call ongoing until the 31st of March 2021. The things that are being looked at include the likes of introducing restrictions to online gambling, being watchful of the marketing methods used by gambling companies and what the United Kingdom Gambling Commission is able to do.

The With 47% of people responding to a government survey on gambling by saying that they had engaged in some form of it over the preceding four weeks, it’s fair to say that plenty of British people enjoy gambling. The government’s aim is to ensure that all of those choosing to gamble are able to do so in a safe manner, with breaches of guidelines on that being punishable by the UKGC.

The government is hoping to hear from as many people as possible, as well as using the review to ask a number of questions in key areas of the industry. Those that wish to respond to the call for evidence can do so by emailing gamblingactreview@dcms.gov.uk with responses in the form of a PDF or Microsoft Word document. People are also asked to clarify whether they’re responding personally or for a company.

There are questions to be answered on all of the following topics:

The United Kingdom Gambling Commission, which is an independent body that comes under the remit of the Department for Digital, Culture, Media and Sport, has welcomed the government’s review. Neil McArthur, the Chief Executive Officer of the UKGC, said as much in a statement, pointing out that the organisation’s job is to ‘make gambling safer’, which is what the review is aiming to do.

“As the statutory adviser to the Secretary of State we look forward to contributing our advice to help with the government’s Review and we will continue our close working relationship with DCMS as the Review proceeds. We’ve made it clear to gambling operators that we will continue to work at pace to take action to protect consumers while the Review of the Gambling Act is underway.”