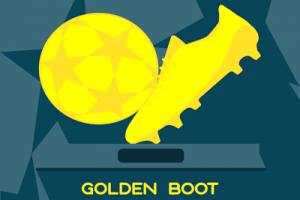 When Antoine Griezmann top scored in the European Championships of 2016, he did so after plundering six goals across the tournament as his team, France, the competition’s hosts, played seven games and made it all the way to the final in Paris.

There they lost to Portugal where the European Championships’ all-time leading goal scorer, Cristiano Ronaldo, captained his team to victory.

In Euro 2020 Ronaldo won the Golden Boot with 5 goals, tied with Patrik Schick of the Czech Republic, but took the title thanks to an assist and the fact he took less minutes to score those 5 goals.  This was depsite the fact that Portugal were knocked out in the last 16 and Czech Republic in the quarter-finals.

Ronaldo, of course, may feature in Euro 2024 and has currently totalled fourteen goals in the competition’s history after playing in 25 matches.

Ronaldo himself also top scored in 2012 with three, a total he shared with Alan Dzagoev, Mario Mandžukić, Mario Gómez, Mario Balotelli and Fernando Torres in a particularly low scoring year.

For those unsure, there is a key difference between top scoring in a European Championship, or World Cup for that matter, and that is that a tournament can finish with multiple top goal scorers, but Golden Boots are not shared.

When players tie as top scorer, other decisive factors are used to determine the Golden Boot winner. Primarily, the deciding factor is assists and it is the player who has chipped in with the most assists who will be awarded the Golden Boot.

If, like goals, players are also tied in assists then the next determining criteria is the player who has had the least amount of playing time.

In general, the average goals that it takes to top score at the European Championships works out to be slightly under 4 (3.87), but there are so many factors that can determine this.

The Golden Boot criterion was only introduced for the World Cup in 2010, meaning Euro 2012 was the first European Championship to use this tie breaker which was lucky given that five players tied for top scorer that year.

In the end, Fernando Torres of Spain was deemed to be the Golden Boot winner due to weighing in with three goals and one assist, the same as Germany’s Mario Gómez.

Torres however achieved the same record as Gomez in 189 minutes of playing time, whereas the German posted his record having spent 282 minutes on the field.

In all, six tournaments have recorded joint top goalscorers so when making a golden boot winner’s bet be sure to pick a player that is likely to register an assist or three.

Does The Winner Need To Reach The Final? 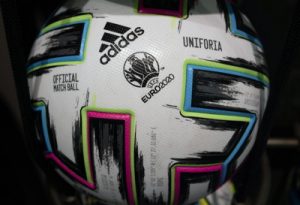 Of course, it helps the further a team goes in the tournament. The deeper the run, the more games there are to play which should mean greater goalscoring opportunities.

Teams that make it to the final will have to play seven matches in total. In fact, the four of the last three Golden Boot winners all made it right to the end of the competition with their team.

In 2000, Golden Boot winner Savo Milosevic (joint with Holland’s Patrick Kluivert) scored four of his five goals in the group stage and his team, Yugoslavia, only made it as far as the quarter-finals.

As the tournament has been stretched to 24 teams since 2016, there will be low ranking sides in the mix which could, in theory, allow one striker to enjoy a field day. 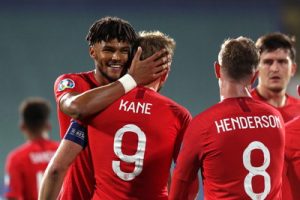 England’s Harry Kane registered 12 goals from 22 shots in Euro 2020 qualifying as he top scored with one goal more than Cristiano Ronaldo.

Interestingly, Kylian Mbappe was not France’s leading goal scorer during qualifiers. That honour went to Olivier Giroud who has higher odds than his countryman to nab the Golden Boot when the tournament proper rolls around.

Kylian Mbappe, Cristiano Ronaldo, Romelu Lukaku, Harry Kane and Ciro Immobile all look to be in the hunt to be the leading goal scorer at Euro 2020.

But, as we know, that is not the same thing as the Golden Boot.

He may be on the hunt for a new club, but England’s Harry Kane has other pressing matters to concern himself with as the belated 2020 European Championships finally get underway next month.

Bookmakers are so confident that the Spurs hotshot will top the scorer charts for a second successive tournament that they have made him their favourite to win the Golden Boot.

It helps that he’s on penalty duties for Gareth Southgate’s men, but the Lions’ skipper faces some tough competition from the best finishers in Europe, each battling it out to finish as Euro 2020’s top marksman.

Kane finished the current season with the domestic Golden Boot after beating Mohamed Salah to the honours by one goal.

Salah of course won’t be at the Euros but there are plenty of other challengers for Kane to beat off as he attempts to repeat his success at the Russia 2018 World Cup, where he top scored.

Following a good season with Inter Milan where he plundered 23 goals, Belgium’s Romelu Lukaku is the second favourite to be top scorer but unlike Kane he is unlikely to be on penalties which could prove the deciding factor.

Belgium are fancied to go well as are the pre-tournament favourites France who have Kylian Mbappe leading the line, while Cristiano Ronaldo of Juventus also features high in the betting as his Portugal side look to defend the crown they won in 2016.