A radical new overhaul of online casino stakes, similar to those imposed on Fixed Odds Betting Terminals (FOBTs), has been recommended by the government following an extensive inquiry into the industry.

The report released by a group of MPs, known collectively as the All Party Parliamentary Group (APPG) on gambling-related harm, have proposed £2 limits on online casino stakes as well as a root and branch overhaul of UK gambling law after deeming the United Kingdom Gambling Commission (UKGC) unfit for purpose.

Regarding an industry worth £5.6 billion a year, the APPG, led by Labour’s Carolyn Harris plus Duncan Smith of the Conservatives as well as the SNP’s Ronnie Cowan, believe changes will be implicated regardless of the UK’s upcoming general election due to the all-encompassing nature of the group’s composition.

While it was Labour who introduced liberalised gambling laws under Tony Blair, the party are currently in favour of enforcing stricter rules while Prime Minister Boris Johnson is also said to be “sympathetic” to such changes.

Calling for the Gambling Act 2005 to be replaced, other recommendations include:

The call for change has seen shares in numerous British gambling companies dip accordingly. GVC Holdings, William Hill and 888 Holdings have all reported trading between 4.7% and 8.7%, a drop on their previous value.

The average disposable income in the UK is said to be around £450 per month but online gaming operators often only check on client suitability and affordability limits after they have lost thousands of pounds. 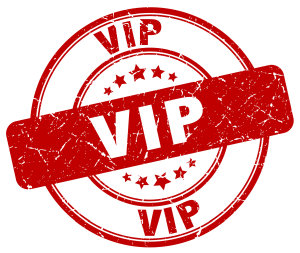 Gambling harms can also be caused by users making deposits by credit cards where interest is applied, meaning some monies taken can be higher than face value and the damage two fold. VIP accounts, those where operators “reward” regular users with special incentives such as free bets and bonuses, will also be investigated. Chasing these rewards has been cited as a major factor in users falling into gambling debt.
This, according to the report, was because operators were often not capable of accurately telling MPs what level of gambling they considered affordable meaning that they are unable to recognise, before intervening, when customers begin losing dangerous amounts.

In claims Echoed by Brigid Simmonds, the chair of the Betting and Gaming Council, the UKGC was branded unfit for purpose by the report accusing it of failing to consider changes to rules on online stakes and allowing the industry to prey on vulnerable gamblers, leading to the regulator hitting back.

In a rebuttal, Gambling Commission chief executive Neil McArthur pointed to a speech in which the commission had aimed to target stakes online plus VIPs, tech, product design and single customer view.

A statement by the Gambling Commission added;

“We are disappointed that this report has been released before we have been given the chance to give evidence.
The report does not reflect our considerable action and progress on most of the areas of concern set out in the report and we look forward to being given the chance to outline that work to the APPG. Protecting children and vulnerable people is at the heart of our work.

We constantly look for ways to make our regulatory approach more effective, ensuring that it keeps up with changes in technology and consumer behaviour, that we remain fit for purpose and continue to effectively respond to emerging issues and risks.

We take tough enforcement action against anyone who doesn’t comply with the rules and will continue to tightly regulate the gambling industry. We recently carried out a comprehensive compliance review, involving 123 online casino operators, which resulted in 45 online operators being forced to submit an action plan to raise standards.

A further 14 online operators were the subject of enforcement investigations which resulted in tough sanctions. This work continues. We have also begun to gather data and look at what that means for stakes limits online and we are consulting on use of credit cards for online gambling.

Earlier this year, we published the National Strategy for Reducing Gambling Harms which sets the framework for improving prevention, education and treatment support including working with the NHS. In addition, we are also looking at how to make gambling product design safer, tighten industry practice around VIP inducements and look at how advertising technology can be used to protect children and vulnerable people.

We look forward to ensuring the APPG fully understand this comprehensive programme of regulation that is already working to make gambling safer for all.”

Just last week the commission stated that they would not be fining Ladbrokes following a report in The Guardian that claimed that the bookmaker would only repay the victims of a problem gambler’s £1 million theft if they agreed to signing a non-disclosure agreement (NDA).