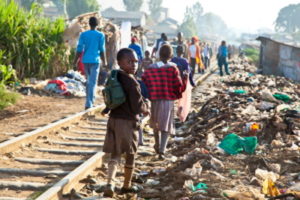 A problematic gambling epidemic is sweeping across Kenya, ravaging lives in particular those of children according to a BBC report. Gambling is big business in the East African nation with gross gambling revenue equating to around half of Kenya’s annual health budget, in what is now the third-largest gambling market in Africa, after Nigeria and South Africa.

Kenya also has the highest number of gambling youths in Sub Saharan Africa with sports betting the most popular form of gambling and most bettors aged between 17 and 35 according to a 2017 GeoPoll survey. A similar study published a year earlier found that 78% of university students were also considered to be problem gamblers.

The last grizzly statistic reached a low point when, in 2016, a university student hanged himself after losing around $790 on a bet, with at least another five suicides, as well as cases of bankruptcy, domestic violence and evictions, following. There have even been cases of children committing suicide.

In Kenya, as in many other African countries, gambling has several sub-sectors including gaming, lotteries, sports betting and prize competitions and so is classified as a legitimate recreational and leisure activity.

The rise of mobile and online based gambling in Kenya, which has more than 30 licensed betting firms and casinos, has created a yearly turnover of the sports betting industry worth $20 million, which is expected to reach $50 million by 2020. 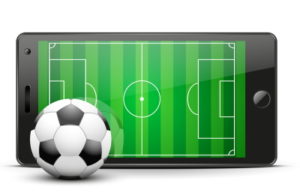 Although gambling in Kenya has been around for some time now, the upsurge in sports betting has been largely due to the rise of mobile phones and internet access. Prior to this, gambling dens were a feature in many Kenyan towns for years and were largely unregulated and ‘child friendly’ meaning children were free to place bets in these shanty establishments. These though are largely a thing of the past after a government effort to shut them down.

However, this has only served to boost online gambling services which, along with new betting shops, where under 18’s are not allowed, have increased the opportunity to wager what little money people actually have. There are 7 million unemployed Kenyans with around 1.4 million desperately looking for work, so money is tight in the country.

In downtown Nairobi, children typically play unsupervised in the streets while those whose parents have jobs, go out to work. Here, children around the ages of 12 and 14 regularly gain access to online gambling sites through other people’s mobile phones or, in some cases, get older youths to place bets in the shop on their behalf. The internet has made things extremely difficult to control and to prevent underage people from betting.

Betting firms have become incredibly popular in Kenya, with local firm SportPesa by far the most popular online platform in the country. Despite only starting in 2013, SportPesa has grown rapidly and now boasts a monthly net revenue of more than $10 million.

In recent years, the company have branched out beyond Kenya, most famously in the UK where they are now the shirt sponsor for English Premier League club Everton. SportPesa also backs sports in their own country too, sponsoring the local soccer league as well as two of the league’s leading clubs, Gor Mahia and AFC Leopards. The Kenyan firm also have a sponsorship deal in place with Kenyan Rugby Union.

SportPesa are followed by Betin, Elitebet, Betika, Mcheza, and Betpawa in popularity but such a list gives an insight to just how well sports betting is doing in Kenya.