The Unibet brand has been given a shiny new futuristic image, in line with modern day mobile device demands that will be applied globally across all verticals from the 17th of June this year onwards.

Owners of the Swedish gaming operator, The Kindred Group, unveiled the new look this week, declaring that it had been designed with mobile devices in mind as well as representing the future of Unibet. The mobile first concept was fully designed in house by Kindred’s creative design development team.

The team were charged with the mission statement of modernising the original classic logo while staying as close as possible to the traditional template all while staying true to the brand’s core values and “by players, for players” motto.

“It has been very important for us to safeguard the unique heritage of the Unibet brand during this process. The creative criteria that we set up included a maintained familiarity with a more up to date look and feel.

I am really pleased with the result and truly believe that our in-house creative team has succeeded in meeting that criteria. One of the main differences regarding the change is that we will have one logo for consistent use globally. 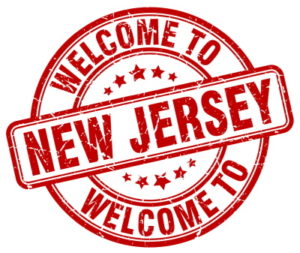 This is the second news in a week from Unibet after Kindred also used their flagship brand’s new identity to make a touchdown in New Jersey. Kindred’s new American product officially went live this week in the US state as part of the partnership with Atlantic City’s Hard Rock Hotel & Casino , a deal that was agreed last summer when they signed a partnership agreement with the Boardwalk gaming property.

Thanks to a Casino Service Industry Enterprise License obtained from the New Jersey Division of Gaming Enforcement, Kindred can now supply online casino games to the casino game hungry market in New Jersey. In the US state, casinos have now become the fastest growing online gambling vertical and Kindred can now offer their top quality online casino output through their new look Unibet.

Online casinos have seen a 52.4% growth in revenue in the first four months of the 2019, leaping to $141.1 million according to the Division of Gaming Enforcement. New Jersey’s online gaming industry has generated more than $1.1 billion since going live with online casino and poker games in November 2013.

This is unlikely to be Kindred’s only venture into the US as the firm are also making plans to enter in to the country’s fledgling sports betting market. Working in conjunction with their long term sportsbook partner Kambi, they also plan to venture into the exciting New Jersey betting market in the near future. Following this, the company has set its sights on Pennsylvania where it retains a strategic five year partnership with Mohegan Sun Pocono in Plains, Pennsylvania.

Pennsylvania became one of the latest legalised gambling states as late as autumn 2017 when they legalised online gaming and sports betting as part of a wider overhaul of the state’s gambling industry. The Mohegan Sun Pocono will be run by Mohegan Gaming & Entertainment, the gambling business of Connecticut’s native American Mohegan Tribe.

Also, in the US Kindred already has a deal in place with developer Scientific Games’ SG Digital arm that will allow them to use the provider’s Open Platform System and Open Gaming System technologies to process player and game management going forward.