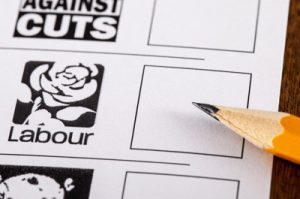 Problem gambling is to be reclassified as a public health issue should Labour win the upcoming UK General Election. Jeremy Corbyn’s Labour Party have included an updated gambling act fit for the digital age as part of their 2019 campaign manifesto , which also pledged to clamp down on gambling advertising in sports.

Other initiatives that are believed to be included in the new bill include a levy that will go towards funding problem gambling controls, limits on gambling spending and introducing other tools to curb consumer compensation as well as expanding addiction services.

Outdated In The Digital Age

It was Labour, back in 2005, who introduced the Gambling Act when Tony Blair originally deregulated the industry. But that proved to be short sighted at the time given that it was only two years before smartphones were introduced which took online gaming to another level. This was also the Gambling Act which allowed fixed-odds betting terminals (FOBTs) to operate at higher levels in high street betting shops.

Promising to tackle drug-related deaths and the impacts of gambling by reclassifying them as matters of public health, the Labour manifesto’s proposes to;

Labour also said that one-third of boards would be reserved for elected worker directors in order to give them greater control over executive pay. This, Labour say, is because when those who depend on a company have a say in running it, that company generally does better and lasts longer.

Labour also plan to review business rates, in what could be a boost for high street betting shops. It will consider the option of a land value tax on commercial landlords as an alternative and develop a retail sector industrial strategy.

Also under attack will be VIP accounts which incentivise repeat wagering even when building consumer debt. The manifesto added the party will tackle excessive working hours and, within, a decade, they plan to reduce average full-time weekly working hours to 32 across the economy, with no loss of pay.

Former deputy leader of The Labour Party, Tom Watson, who quit his post in October, had previously been a vocal campaigner in the fight against gambling harms. Back in February, Watson wanted put consumer protection at the front and centre of the online gambling industry as he outlined in a speech in which he proposed introducing a culture of limits on online gambling with thresholds placed on the spend, stake and speed.

Jo Swinson’s Liberal Democrats have also pledged to introduce a new tax on gambling companies to fund the treatment of problem gambling, while also banning the use of credit cards for gambling, restricting gambling advertising and establishing a Gambling Ombudsman. 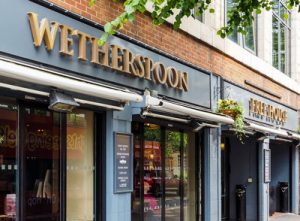 British discount pub chain Wetherspoons has lost its gaming licence for one of its outlets in the London suburb of Wanstead. The licence revocation by Redbridge Council, which applies to seven Category C gaming machines, is the first of its kind in the UK and comes after the pub firm repeatedly failed to prevent children from gambling in The George Pub on Wanstead high street.

Prior to this The George had been permitted to host up to seven Category C gaming machines, which cost £1 per play and have a maximum payout of £100.

The action comes after two test purchase operations were undertaken in January and July of 2019, by Redbridge Council’s licencing enforcement team in cooperation with the police who supplied a pair of cadets under the age of 16.

During the operations, the cadets were permitted to enter the premises and gamble with £3. Under cover police officers were also in attendance and observed as Wetherspoons staff ignored the youths playing on the machines or request proof of age despite being located nearby.

As punishment, Wetherspoons, owned by Tim Martin, have lost the right to operate said machines.

“Businesses with permits to operate betting machines have a legal obligation to protect children and other vulnerable people from being harmed or exploited by gambling.
At Redbridge, we put the welfare of our children at the heart of everything we do and won’t be afraid to use the full weight of the law against businesses in the borough that fail in their legal obligations to safeguard young people.”

Wetherspoons, who last year came under fire for providing a smartphone app that allowed under 18s to purchase alcohol, are yet to comment on their latest controversy.