Malta Gaming Authority (MGA) has issued a guidance document for UK operators which reads as a stark warning around necessary changes to be made in order to continue to follow regulations and hold a valid license in Malta following Britain’s potentially imminent departure from the European Union.

In short, in order for gambling companies to obtain and hold a valid license in Malta, they must be resident in the European Economic Area, therefore having to transfer operations out of the UK. 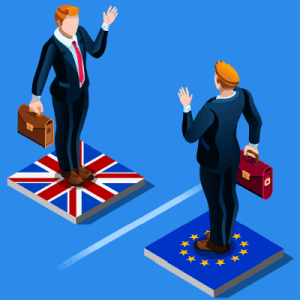 The UK Government has been immersed in political debate around the departure from the EU for a considerable amount of time with Boris Johnson’s planned ‘do or die’ exit for the 31st October 2019 now being extended to 31st January 2020 as approved by EU leaders.  However the UK can leave sooner than this new deadline if it ratifies a deal.  With a general election looming in December, we continue to be in a state of limbo around a potential no deal Brexit which certainly would impact the gaming industry.

Malta sets out very clear guidelines in order to support operators in having minimal impact to their businesses of which initial focus refers to Regulation 10 of the Gaming Authorisations Regulations.

The full guidance document can be accessed here.

Regulation 10 sets out a prerequisite  that a person holding a valid license must be established in the EEA, therefore persons established in the UK will no longer meet this criteria and are required to transfer the license to another company within the same corporate group following the prior approval from the authority.

The authority would need to be notified within 30 days of a license transfer, however a 12 month transition period would apply starting from when the UK no longer being in the EEA is in effect.

Regulation 22 of the Gaming Authorisations Regulations prescribes an obligation on establishments and companies operating in or from Malta, without having a licence issued by the Authority, but with a licence issued by another Member State of the EU or the EEA, to apply for a recognition notice with the Authority.  The recognition notice is required to ensure that by operating from Malta, there would be no regulatory gaps and the operations in or from Malta would be covered by the EU/EEA licence and overseen by the relevant regulator, and to impose any additional measures as may be necessary to entities operating in Malta.

Despite the requirement for UK businesses to be established in the EEA the following business matters will not be affected: