The United Kingdom Gambling Commission (UKGC) has stripped the Maltese based games provider MaxEnt Limited of its British operating licence due to concerns over the source of funds used to acquire the company in a recent takeover. The Slotty Vegas operator, trading as MaxEnt NRR Entertainment, will cease to be licensed in the UK as of June 18, although an appeal has been lodged and therefore licence revocation will now be stayed until the outcome of the appeal.

The Gambling Commission issued a statement on June 4 that it expects MaxEnt to engage promptly with its affected customer base and keep them suitably informed with all the relevant information about their exiting of the British market. By neglecting to provide the necessary details, the UKGC raised doubts over the May 2018 sale, requesting to know how MaxEnt came up with the funds to make the purchase. Indeed, the UKGC states it would never have granted the license in the first place had they known then that MaxEnt was going to take over control of the company.

The regulating body’s revocation decision was made after the operating company, who also run the site BETAT Casino, underwent a recent change of ownership. The UKGC cited section 102(4)(b) of the 2005 Gambling Act during a hearing between the two. According to UK gambling law, when a company undergoes a change of ownership, its current UK licence effectively becomes void and should either be surrendered and a brand new licence applied for. Additionally, should someone become a controller of a gambling company, any applications for licences should include sufficient information about the new controller as well as their interest in the company. 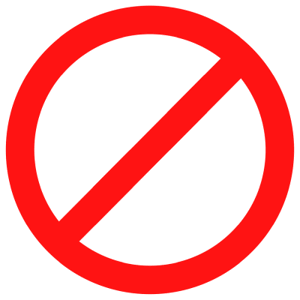 In particular, the commission is not satisfied as to the source of funds used to acquire and support the licensee at the time of, and following, the change of corporate control. The commission also identified concerns relating to the new controller’s suitability, in that it appeared that he had provided conflicting information and had failed to be full and frank in his dealings with the commission.”

MaxEnt are headquartered in Malta from where they administer the Slotty Vegas and BETAT Casino online casino brands. The company also operates under a license from the Malta Gaming Authority which remains intact. Its Malta licence, which was awarded in 2011, covers a third brand VulkanBet.com.

Ironically, their flagship brand, Slotty Vegas casino, recently underwent a costly revamp following an internal review. This is believed to have taken up the majority of the third and fourth quarters of 2018. The changes to Slotty Vegas included new a colour scheme and enhanced game portfolio and payment options.

This is not the first time the company has fallen foul of UK gaming laws. In July 2018, a month after the sale, the company, then known as NRR Entertainment, were scorned by the Advertising Standards Authority (ASA) for an online marketing campaign that included the tag line “our games pay more”. This was found to be an untrue a claim when compared with the competition. 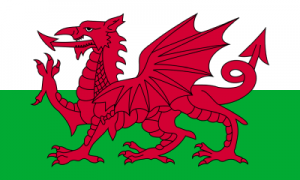 The revocation news comes in the same week that the UKGC announced a new National Strategy to Reduce Gambling Harms in conjunction with Welsh partners at an event held in Cardiff. The strategy, which is designed to last three years, will work across Wales before spreading out over the wider United Kingdom. It is designed to reduce gambling harms, with the aid of Welsh health bodies, charities, regulators and businesses.

Wales in particular has been among the hardest hit parts of the country. In September 2017 it was revealed that there were over 120,000 people in Wales who were recognised to be problem gamblers or at risk of developing a gambling addiction. The Cardiff launch will be followed by similar events in London and Edinburgh. The strategy will focus on Prevention and Education as well as Treatment and Support.