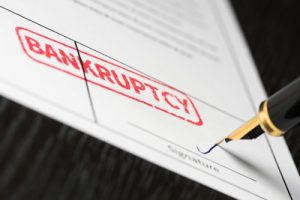 The threatened sports betting operator MoPlay and their parent firm Addison Global have been declared insolvent. Last week on 19th February they had their licence suspended by regulators in their main base of Gibraltar as well as in the United Kingdom and have now warned that they are to stop honouring customer withdrawals.

The notice of insolvency comes as no surprise as they have been in trouble for some time now. Last year, Addison Global were sued for monies owed by two Premier League football clubs – Watford and Manchester United – and last week the Gibraltar Licensing Authority (GLA) stepped in and suspended their licence due the operator’s inability to honour its outstanding debts, a move that was since repeated by the United Kingdom Gambling Commission (UKGC).

Customers Should Not Expect Their Money Back 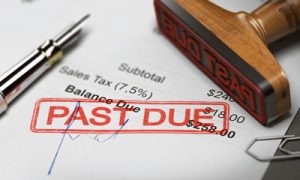 From the 22nd February, MoPlay have begun defaulting on paying out any and all customer funds held in their accounts. Since then an onsite message has simply stated; “Due to financial difficulties, we are unable to process withdrawals. We draw your attention to clause 9 of our terms and conditions which refers to the status of funds in the event of insolvency.”

For the record, the clause in question confirms;

“funds will be held separate from company funds in a mixture of bank accounts and reserve funds which we hold with our payment processors. However, if there was ever a situation where we became insolvent, your funds would not be considered separate to the other company assets and you may not receive all your funds back.”

Unfortunately, money deposited into gambling accounts is not afforded the same government protection that personal bank account monies are. As such, any gambling business that holds customer funds in their vaults must declare in their terms and conditions what happens to the funds should the firm go into administration or become insolvent. This information is designed to inform players what will happen to their money if the firm goes under. This way, customers can decide for themselves on their own next steps.

In the UK, online gambling operators must hold customer funds in a separate account as part of the UKGC deposit protection scheme. However, this does in no way guarantee that they will get their money back.

What this information is designed to outline is the level of security afforded to player funds, such as low, medium or high protection. In MoPlay’s case they are not protected which means that players funds are considered to be part of the operator MoPlay’s business and not held separately.

Addison Global is also currently without a management team following a host of mass resignations that include the entire executive team who all jumped ship on the 19th of February which is the same day that both licencing regulators froze their operating licence.

The UKGC have since added; “We remain in contact with Addison Global Limited and expect clear and updated messaging for consumers regarding their accounts.”