In the UK, the Gambling Commission of England, Scotland and Wales has launched a new National Strategy to Reduce Gambling Harms, a framework for reducing the damage caused by problematic gambling. 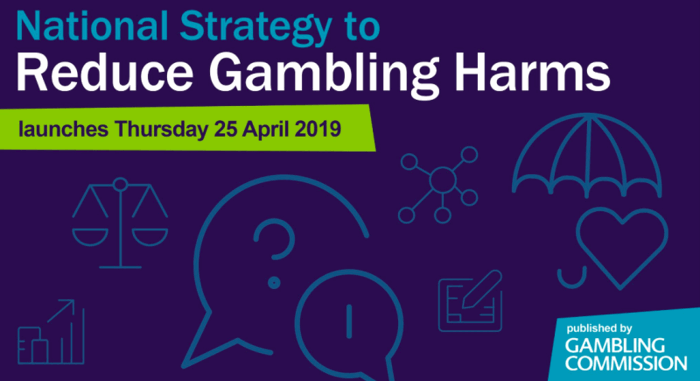 The three-year plan will run from 2019 to 2022 and has brought together health bodies, charities, regulators and businesses to work on two priority areas from prevention and education to treatment and support. These different areas will all work in conjunction with each other in order to help implement initiatives designed to prevent gamblers from developing problems, while organising interventions for those that have already developed dangerous habits.

The Gambling Commission estimates that about 430,000 people are experiencing problems with gambling. The commission will also continue to enforce responsibility controls on gaming operators, as well as investing in gambling harm research with the long term intention of establishing a National Research Centre for problem gambling.

“ The success of this strategy relies on everyone working together to reduce gambling harms through prevention and education, and treatment and support. Everyone has a role to play to combat gambling harms and I’m delighted that the health sector, charities and businesses are showing their commitment to get behind the strategy and make it a success. 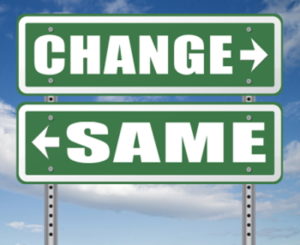 The UK Minister for Sports & Civil Society (DCMS), Mims Davies MP has announced that the strategy can expect to receive full support from the UK government. Speaking in Parliament, Davies said that the UKGC has delivered a blueprint for building a better vision for the future of gambling.

“This new Strategy builds on the vision from the last, and this is a good thing,” Davies added. “It shows that we are heading in the right direction, and positive progress is being made. It is right to recognise there have been changes in technology, changes in consumer behaviour and changes in attitudes to gambling.” “Some have led to positive developments, such as greater understanding and awareness of gambling-related harm, and innovative new ways to protect people and enforce rules. However, changes have also increased concern about what the future of the gambling industry may hold – on both sides.”

Davies was appointed to the role last November following the well-publicised resignation of Tracey Crouch who walked out on her job in protest at delays to the minimum stakes offered by fixed odds betting terminals (FOBTs).

There will be a number of health organisations supporting the scheme. For instance, Public Health England (PHE) have agreed to conduct the first ever review of evidence on gambling related harm in England, while the NHS, who believe there is increasing evidence of a link between problem gambling and stress, depression and other mental health issues, will also be involved.

National Director for mental health at NHS England and Wales Claire Murdoch had this to say about the strategy; “

The NHS is playing its part with the Long Term Plan committing to an increase in mental health services for patients with a gambling problem but gambling addiction is not just the NHS’s problem – it is an issue for the whole of society affecting people of all ages and backgrounds which is why it is everyone’s responsibility to act. That is why the NHS looks forward to working closely with our partners to protect vulnerable people and ensure they have the right support.”

The major gaming operators have also offered their support. Before the announcement was made, two UK betting giants vowed to change marketing strategies, based on the new guidelines.

William Hill and Ladbrokes Coral owner GVC Holdings said that they would stop sponsoring football shirts, although they don’t currently have any such deals in place. GVC also confirmed it was to put an end to its perimeter adverts on all live events bar horseracing. There are also moves planned to end to all UK sports betting advertising during live broadcasts of sporting events.

Last year, William Hill launched its “Nobody Harmed” programme which aims to help prevent problem gambling and appointed Lyndsay Wright to be group director of strategy and sustainability. CEO Philip Bowcock wrote in the Daily Telegraph that, although it has cost the bookmaker around £17 million to curb problem gambling, it was worth the commercial hit.