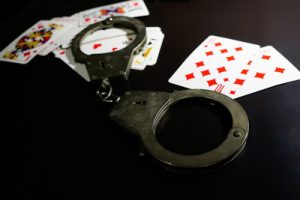 In various countries around the world, gambling is either fully or partially legal. This means that fans of placing bets on games or sports or lotteries can proceed with such activity without any consequences (unless you are already in prison for something else, in which case you can’t gamble legally). However, this is not the case in many other locations, where gambling has been outlawed and outrightly banned. Some places have prison sentences waiting for those citizens who decide to go against the law and participate in such pastimes. And things can get even worse than that in some other countries.

That’s what we’re going to look at here today – where in the world is gambling so illegal that you can end up in jail or suffering an even worse fate than that? We’ll take a look at these locations and discover why it is illegal to partake in gambling within their borders. Plus, we will be checking out instances of people suffering at the hands of the law when it comes to the gambling world. 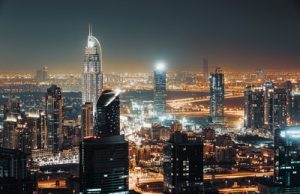 It would be easy to target the UAE as being a place where gambling is banned, although in general, any place that has Islam as its central religion is likely to have the same stance on gambling. Gambling is prohibited in Islam, and it is due to this that the basis for the federal and local emirate laws in the UAE ban partaking in such. The advertising of gambling activities is also banned under the country’s laws. Laws in Qatar are very similar, with a maximum jail sentence of six months and a maximum fine of 6,000 Qatari Riyals (£1,220).

Even though there is blanket prohibition on gambling in the United Arab Emirates, the Civil Code of the country does permit wagers on certain things. However, this activity is only available in very specific conditions. Those circumstances? Racing, shooting, sports and trials of strength. There must be a number of requirements met for this to occur, such as the certainty of a prize, the scope of the competition and more.

It’s not quite as simple as that, though. While it would be nice for legal gambling to simply follow the requirements of the Civil Code, a prize in a contract for betting can only be paid to the winner. By this, it means the person who wins whatever contest through their own skills and efforts. Any arrangement where a prize ends up being paid to a third party would be considered illegal gambling. What are the laws in the UAE regarding gambling?

In 2014, a story arose of a Bangladeshi man who was working in the construction sector within the UAE. He proceeded with organising an illegal street gambling game, and upon being found of guilty, he was sentenced to three months in jail.

The game in question utilised a die and a bucket, and when a police officer stepped out of his vehicle to find out what the crowd of men gathered around a table in the Al Qusais were doing, he stopped things promptly. The man in charge was arrested and sentenced later.

Of course, some Islamic countries are a lot harsher with their sentencing and potential punishments than others. Iran, for example, has recently introduced much tougher measures for those caught partaking in gambling. In an announcement made on December 27, 2020, the Vice President of the Judiciary and Legal Commission of the Iranian Parliament (Majlis) stated that deputies were drafting a bill to deal with those accused of administering gambling websites.

According to that bill, those who are accused and found guilty will be sentenced to death on the charge of “Corruption on Earth”. Earlier on, it had been announced that 10 Iranian residents had been arrested for crimes relating to illegal gambling website.

The bill presented is based on Articles 705-711 of the Fifth Book of the Islamic Punishment Law, according to Hassan Norouzi, Vice chair of the Judiciary and Legal Commission. That section of the Fifth Book deals with punishment relating to betting in cyberspace. If the activities of gamblers and those participating in cyber bets occurs within groups and gangs, and is also repeated, those involved will be arrested.

While it’s quite likely that most people would feel remorse at committing such a crime in Iran, should it be something that the accused insist on repeating as a felony, this will be punishable by death. 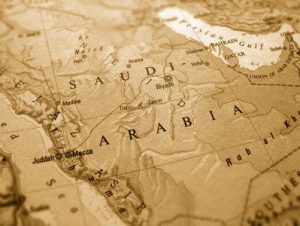 When it comes to modern laws, Saudi Arabia is perhaps lagging in many areas. Gambling is one of the areas that suffers from this, as the country is one of the strictest enforcers of Sharia law, which is spoken of in the Qur’an. Gambling of any type is banned with Saudi Arabia, and even foreigners can be punished if caught engaging in such within the country. Prison sentences of up to one year and hefty fines are handed out by lawmakers. Cases of public flogging for repeat offenders are not uncommon, either.

When it comes to the online world, the official Communications and Information Technology Commission of Saudi Arabia openly admitted that it has blocked almost 400,000 websites in a major crackdown on online gambling and other ‘halal’ indulgences.

In 2011, seven foreigners were arrested in the city of Jeddah for running an illegal gambling den and lottery business. The seven men, who were of Indian and Pakistani origins, were all active in starting the gambling den, having been tracked by various Saudi police officers over a course of time. A raid on the location was made, and several other connections to illegal gambling were discovered within. All of the suspects confessed to their gambling crime and faced criminal charges. Saudi Arabia is well-known for its harsh judgements, with beheadings, stoning, flogging, whipping and more being a part of official punishments for various crimes. 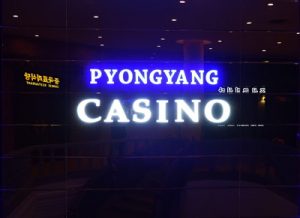 Moving out of the Islamic nations, attention can be turned to North Korea, where gambling is actually legal for foreigners and tourists (although how many people opt to visit North Korea each year is questionable). Citizens of the country are strictly barred from engaging in gambling, though. We’re not entirely sure that the largest portion of residents would have enough money to participate in gambling of any sort. However, if anyone is caught accessing the games within Pyongyang’s sole casino, they stand to be heavily fined or incarcerated.

Online gambling is also banned in the country (despite a vast majority of North Korea not actually having the means to get online). A fine of at least $1,000 and a potential two-year prison sentence are both punishments handed out to anyone committing such crimes. Of course, the outrageous laws of North Korea dictate that anyone caught engaging in a crime will bring shame and punishment on his whole family for up to three generations!

It’s quite fortunate then that the temptation to engage in online gambling is taken away there, due to the fact that internet activity amongst its citizens is heavily monitored. 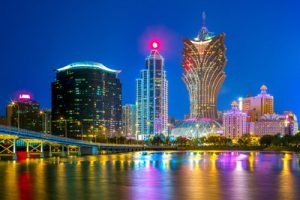 You can travel to China and find out about the gambling laws in place there easily. Unless you’re visiting Macau or Hong Kong, then you’ll find that there aren’t any real legal gambling opportunities in the country. At least in mainland China. Uing non-approved methods of gambling is a punishable crime in the country, with Article 303 of the Criminal Law of PRC stating such. Legal lotteries do exist within China, but anything else is pretty much banned. Anyone caught running a gambling house in China can be imprisoned for up to three years and will be charged a substantial fine for criminal activity.

You only need to take a look back to 2015, when Guo Meimei was arrested by the police. As one of China’s most popular social media celebrities, citizens were shocked when she was taken away by police for allegedly running an illegal gambling house. The 23-year-old was best known for showing off how wealthy she was, displaying extravagant looks and lavish home furnishings on Sina Weibo, which is China’s version of Twitter.

Yet, police apparently unearthed a video of the social media star that saw her confess to a life filled with illegal gambling activities. Guo’s case was handed over to prosecutors, with accusations that she and another suspect in Zhao Xiolai were repeatedly organising gambling activities within China. If they were found guilty, they stood the possibility of being sentenced to up to 10 years in jail. Following her arrest, Guo made a startling television confession, that detailed her life of illegal gambling and paid-for sex, and this was splashed across the front pages of Chinese newspapers. In the end, both Guo and Zhao were sentenced to five years in prison each. 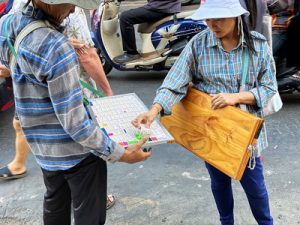 Gambling in Thailand is also officially outlawed, but because of this being the case, punters are driven to compete in underground activities. It is thought that about 70% of people residing in Thailand engage in illegal, underground gambling operations, and this is said to be worth around $10 billion each year. It’s also the case that many Thai people will cross the borders into Laos and Cambodia to partake in their legal casino games.

The country’s gambling act of 1935 firmly establishes any form of gambling as being outlawed. People found engaging in such activities can be punished by receiving a monetary fine of between 1000 and 10,000 Thai Baht (£24 and £245). A prison sentence of up to one year can also be handed out to guilty parties. Even owning a pack of playing cards is a criminal offence in Thailand, thanks to the 1943 Playing Cards Act.

That Playing Cards Act was responsible for sending shockwaves around the world in 2016 when 32 expats were all arrested. Police received a tipoff of an illegal gambling operation, which led to 50 officers and military personnel storming an upstairs room at the Thai beach resort of Pattaya. Instead of a gambling den though, they found a bridge club that was frequented by multiple British retired players. Despite this, the police arrested all 32 people within, even though they had been meeting three times a week to enjoy their game above the resort’s restaurant.

No money was exchanging hands in the game though, which also featured some Dutch and Scandinavian participants. Rather than being held for gambling, the 70- and 80-year-olds were held under the Playing Cards Act. Through that, nobody is able to hold more than 120 playing cards at a time. Furthermore, another offence relating to that act is that the cards did not have an official Thai government seal on their boxes! One player who was arrested along with the others stated that they were all held for a 12-hour time period and then being bailed for 5,000 Baht (£95) each.