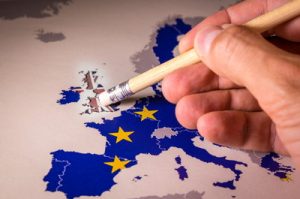 The UK betting market is becoming a tough place for gambling companies of late.  Competition online has never been so fierce and combined with ever tighter regulation, increased tax and Brexit uncertainties many brands are struggling.

In the last year alone we have seen several UK brands go out of business, such as MustardBet and Mintbet, while other non-UK brands such as ComeOn, Winner and Titanbet have pulled out of the UK.  Royal Panda are now the latest brand to announce they will leave the UK at the end of January 2020.

At the end of summer last year platform provider EveryMatrix had their license suspended by the UK Gambling Commission, but rather than solve the issues the technology provider decided it would exit the UK market entirely.  This is again a sign of the times, with the company almost using the suspension as an excuse to quickly cut ties with the UK for brands such as Jetbull.

Black Type, a bookie set up based on fair betting principles, have also felt the pinch with the owners announcing they have entered into administration.

Malta based online gaming operator LeoVegas have announced that they are to withdraw their Royal Panda brand from the UK market. From 08 Jan 2020, the Queens Park Rangers sponsor will no longer be accepting new customers from the UK but will allow for account closures and funds to be accessed until 09.00 on 31 January when the website will cease all of its operations in the UK. Oddly, players are able to continue making deposits up until 20 January.

Royal Panda have pledged to reach out and contact all of those affected by the move over the course of the next 12 months in order to make alternative arrangements but insist that any players that do not withdraw their remaining balance before January 31 will have their funds released to them directly through their last known method of payment on record.

Any remaining funds left unclaimed one year from now will be donated to the GambleAware charity Royal Panda have said, while customers can use any outstanding bonuses until the end of January. Players with sports bets with outcomes that take place after the closure date will be contacted in due course by Royal Panda to explain what will happen to their stake and any potential winnings.

Royal Panda’s three year shirt deal with QPR, signed in 2017, was due to expire at the end of the current season regardless.

Black Type launched in 2016 as an FSB Technology white label.  The company had a focus on horse racing and specifically in providing a fair betting landscape by not limiting stakes or accounts for successful punters.

This approach had a lot of success but also obvious costs that hit the companies bottom line.  When additional costs began to come in, scuh as the 21% point of consumption tax and higher pressures to conform with responsible gambling regulations the company began to feel the squeeze.

In early 2020 therefore the Black Type management announced they were entering administration and winding down affairs.  As the brand was an FSB white label, with the operating company holding the gambling license and customer funds, the technology supplier was forced to step in and take full control.

Customers in the short term will notice little difference but is likely in the near future that FSB may wind down the brand entirely if it cannot find someone to run it or sell it to.

It goes to show that having an honest approach or good business model is not enough to survive in the UK betting market these days and it is likely we will see more closures and exits over the next year.