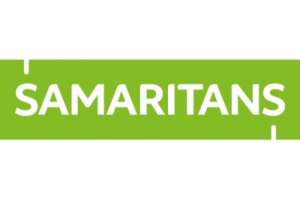 Because of this link though, The Samaritans have come in for criticism from certain sections of the media, members of parliament as well as relatives of victims of gambling problems.

“At best this is distasteful and at worst it’s appalling. When you see Samaritans aligning themselves to an industry with a reputation for being responsible for suicides through addiction to gambling, it troubles me.
For me it legitimises this business. I’ve met so many people who’ve lost loved ones, livelihoods and homes through addiction to gambling. Everything Samaritans does is to try to solve the problems that all gambling companies have a role to play in creating.”
The Samaritans should get back to basics and keep doing what’s it’s been respected for doing for years, its fantastic work.”

Both the Flutter brands and The Samaritans have come out and defended their partnership, with Paddy Power Betfair expressing their belief that Samaritans’ expertise in this field will help in PPB’s efforts towards helping their own vulnerable customers in the future.

A Paddy Power Betfair spokesperson said the following; “We are keen to learn from the fantastic work the Samaritans already do, in order to continually improve our responsible gambling tools and interactions.”

For their part, The Samaritans say that they are prioritising issues with gambling related harm in 2019 and, along with their tie-in with Flutter, they are working closely with the United Kingdom Gambling Commission (UKGC) as well as the gambling charity GamCare to draw up betting responsibility guide lines for gambling operators such as Paddy Power and Betfair.

Samaritans will be working with Paddy Power Betfair to share insights and help them form their approaches to reduce gambling harms while putting adequate support structures in place for their more vulnerable customers. The charity will assist Paddy Power Betfair in such work as vulnerable customer training and their Customer Activity & Awareness Programme which includes certain safety nets for at risk players such as self-exclusion policies.

UKGC To Tell All UK Bookmakers To Enforce GAMSTOP

One self-exclusive policy that is about to become UK national law is the UKCG imposed rule that will require all UK gambling operators to sign up to GAMSTOP as a condition of their UK licence.

The mandatory new rule will come into effect shortly and goes further than gaming websites’ current system of allowing their customers the choice of whether or not to self-ban themselves from gambling at the site. This though did leave sufficient wriggle room for less scrupulous operators to get round the blocks, while also allowing those at risk to bypass self-imposed bans also.

Under the new rules, which were developed by the trade body for online casinos and bookmakers, problem gamblers will be able to block themselves from all UK betting websites in one go. The incoming system has, 18 months after being proposed, at last been given the go ahead by the industry regulator.

GAMSTOP was officially launched in January 2018 and by May, the UKGC publicly warned the Remote Gambling Association (RGA), of specific failings in the system. One of the main issues the commission concluded was that GAMSTOP failed to synchronise its list of registered users with current operator mailing lists meaning that self-aware problem gamblers who had taken necessary measures to limit their exposure were still receiving tempting, CRM promotional campaigns.

Companies known to have fallen foul of targeting self-banned customers include Sky Bet and LeoVegas. In March last year, SkyBet were fined £1 million for allowing hundreds of at risk gamblers to carry on betting even after they had requested that they be banned from doing so. The Stars Group owned firm also sent promotional material to over 50,000 other vulnerable customers, while in May, LeoVegas were forced to pay £627,000, also for not protecting vulnerable customers.

More recently, Ladbrokes Coral were given the largest ever fine, £5.9 million, for “systemic failings” to protect problem gamblers over a prolonged period of time.

It is believed that around 99% of UK gambling operators have already pledged themselves to using GAMSTOP while those that do not could see their licence revoked.