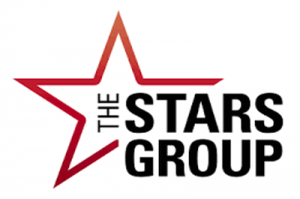 For the first time ever, revenues from a betting vertical have proved to be the big winner for Stars Group, the holding firm behind the world’s largest online poker room PokerStars. The Stars Group, who also own BetStars, the betting platform provided by PokerStars, saw earnings climb by 140.1% despite poker experiencing a dip financially which allowed sports betting to overtake it in revenue for the first time. More than this, Stars’ flagship brand actually saw their revenue decline by 9.5% year-on-year to $662.5 million from $732 million.

The Toronto TSX listed company released their second quarter earnings for 2019 which point to a strong showing in the six months up to the 30th of June from their betting platforms, chiefly SkyBet, which have allowed the company to enjoy a rise from $804.4 million to $1.22 billion, marking a 51.4% year-on-year increase in revenue.

Stars Group acquired Sky Betting & Gaming from CVC Capital for £3.4 billion last year and have since grown increasingly dependent on betting which now equates to 36% of the company’s total revenue. As the betting platform continues to dominate performance, poker at the busiest poker site online has dipped from 53% of total revenues down to just 30%, quite a sharp drop from previous years where it was much higher. 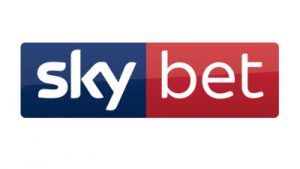 Stars were boosted by a strong UK performance from SkyBet whose sportsbook enjoyed revenues of $220.9 million and whose multiple gaming verticals totalled at $182.9 million, creating $432.0 million overall. The strong UK performance from SkyBet have allowed Stars to overturn a loss of $80.5 million net for H1 into a profit of $32.3 million. Despite this, Stars were forced to adjust their Earnings Before Interest, Tax, Depreciation & Amortization (EBITDA) expectations for 2019.

“The second quarter underpinned the success of last year’s acquisitions, particularly with the record performance of Sky Betting & Gaming and our increasing product and geographic diversification, as we continue to transform and position the business to execute on our strategy for strong, sustainable future growth.
“2019 has been and remains a year of integration, execution and debt reduction. We are committed to those key strategic priorities for the rest of the year while we also build our foundation and momentum to become a market leader in the US.
“We are confident that the actions we have taken over the last year, and are pursuing now, including to reassess our fixed cost base, put us in a strong position to deliver our mid-term growth targets from the end of 2019.”

Stars Group In The USA

Focusing on sportsbook moving forward, Stars Group announced a sports betting partnership with Fox Sports back in May to launch Fox Bet while also signing a deal with the NBA. The deal will see the pair launch a new US facing betting brand, FOX Bet after FOX acquired a 4.99% stake in the firm.

FOX Bet plans to be the first media and sports betting partnership in the United States and will work in the same way as SkyTV and SkyBet do in the UK. The agreement means that FOX Sports will allow The Stars Group to use certain FOX Sports trademarks while also spending an undisclosed amount each year advertising on Fox Sports outlets.

In return, FOX Sports will receive certain brand license, integration and affiliate fees, while also retaining the right to purchase up to 50% of The Stars Group within the first 10 years of the partnership. The pair aim to launch two products by autumn this year, both under the flag of FOX Bet. The first of which will be a live betting service.

FOX Bet will also provide a free play game that will award real money winnings, which calls to mind Sky Bet’s Super Six or the host of other free games that are run by the numerous other Sky branded online gaming portals in the UK.

More recently, The Stars Group have announced an agreement with Penn National Gaming which will allow them run betting and gaming enterprises in states where Penn is licenced to do so, which currently stands at nine. In total then, Stars will soon have an inroad to 20 of the US’s total 50 states as they see sports betting in the USA as the biggest opportunity of a lifetime.

In Australia meanwhile, were the Stars Group own CrownBet and former William Hill asset BetEasy, they reported a 74.4% year-on-year increase in revenue to $126.2 million. Stars have also recently announced an agreement with Dublin based Banach Technology to utilise their betting product in their sportsbook in the future.