Many new rules and processes have been brought into effect during the UK lockdown, and gambling has not been unaffected by such. While land-based casinos and bookies have closed their doors for the time being, it also appears as though the United Kingdom Gambling Commission (UKGC) has taken aim at the online gambling sphere during lockdown, too. Only last month, companies were informed that their advertisements would be pulled from television and radio over fears of a rise in gambling addiction.

Now, the UKGC has issued a clear set of rules for online gambling operators to adhere to, which will ensure that customers are kept protected during lockdown. New evidence has been released in recent times that suggests some gamblers may be at a greater risk of harm while the lockdown is in place. Within those guidelines, the Commission stresses the need for affordability checks, restrictions on bonus offers and the prevention of reverse withdrawals.

Figures released by the Commission show that gambling participation has generally been down during lockdown, reflecting the closure of brick-and-mortar establishments, and that a small number of people have turned to gambling for the first time as a method of entertainment. However, even though this evidence doesn’t specifically suggest that there has been an increase in problem gambling, that same data does suggest a specific shift in the market. Certain gambling products have seen greater uptake, including online slots, poker, virtual sports and casino gaming.

While figures do show that the time spent gambling has decreased overall, there has actually been an increase in the number of sessions being played by gamers for over an hour at a time. In light of the risks associated with such, the UKGC chose to review its current guidance and have now set out various new rules that operators must adhere to. 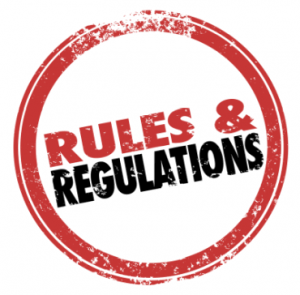 The new guidance set out by the Gambling Commission for operators dictates a selection of procedures and processes that must be brought into effect as soon as possible. These rules include the necessity to interact with customers who have been participating in online gambling games for an hour or more in a single session.

As well as this, processes should be implemented in order to ensure that customers are continually monitored so as to identify patterns of play and their behaviour within recent weeks.

Additional guidance that the Commission has brought into effect include the following points:

Speaking of the decision to introduce these measures, the Chief Executive of the Gambling Commission, Neil McArthur said:

“Operators must use the data they hold to protect their customers and now, more than ever, it’s vital that online operators really know their customers by monitoring how long they are playing for and understanding how financial uncertainty is impacting them and what they can afford to gamble with.”

While work was already heavily underway to address several of the issues noted in the new guidance, the Gambling Commission will now increase its efforts and accelerate the work due to the situation with COVID-19. McArthur promised to continue monitoring and publishing the data that they are collecting, and further measures may be introduced if necessary.

“We are monitoring online operators closely and if we see irresponsible behaviour we will step in immediately, suspending licences if we need to”

He finished off with.

Backing up the CEO’s opinion and the Commission’s latest decision, the Minister for Sports, Tourism and Heritage, Nigel Huddleston mentioned that it is vital for people to be protected from the threat of gambling related harm. He also spoke of keeping a close eye on the situation and said that necessary action will be taken if required.

I will be later this month that the UKGC intends to open a consultation, which will see propositions put forward for strengthening measures around ethical product design. This will include a focus on VIP Inducements and reverse withdrawals.