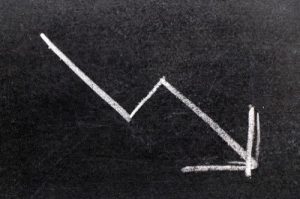 For the first time ever, the British gambling industry’s year on year yield for online gaming declined, dropping 0.3% in 2018-19 to £14.36 billion. At the same time, remote gambling revenue fell by 0.6% to £5.3 billion according to recently released figures from the United Kingdom Gambling Commission (UKGC) as part of their annual industry statistics report.

Breaking it down, remote betting’s take was down on previous years as the vertical experienced a betting yield decline of 10% to £2.03 billion. This comes in spite of a 2.7% increase in stakes.

Unsurprisingly, Football was the most popular sport for remote betting but even here things didn’t go as smoothly as other years. Football’s yield also suffered a loss, declining by 1.5% to £991.2 million, even accounting for the 2018 FIFA World Cup taking place during this period. Horse racing’s yield of £522.1 million was also down, this time by 15% despite stakes rising 8.5% to £9.64 billion.

A yield of £3.11 billion keeps remote casino as the largest contributor to remote gambling’s income, while bingo saw a 0.5% decrease in gross gaming yield to £677.0 million and the National lottery, in its 25th year, experienced an increase of 2.4% to £3.08 billion.

The recently reduced stake limits of fixed odds betting terminals (FOBTs) have not been included in this report.

While the maximum stake on FOBT’s in the UK was reduced to £2 earlier this year, Ireland have just set their equivalent stake limit at £5 as part of changes being introduced to the Gaming and Lotteries Act. The machines will also come with a new €500 maximum payout limit.

Back in March, when the changes were first being discussed, the maximum stake was thought to be limited to €10 with payouts of €750 but Minister for Justice Charlie Flanagan backtracked under pressure from problem gambling groups as well as other politicians.

The current Irish gambling legislation has been in place since 1956 and is woefully out of date including the fact that the legal gambling age is 16. Under the new legislation, the new legal minimum gambling age will be set at 18, same as in the UK.

“Modifying stake and prize amounts is the only current role of the Minister for Justice and Equality with regard to gaming machines. The proposal had been to raise these amounts to €10 and €750 respectively.
However, during the Dáil committee stage debate on 10 July on the modernisation of the stake and prize amounts, some deputies felt the proposed amounts were excessive. The Minister of State undertook to consider the matter and now proposes €5 and €500.”

Brighton based, Marathonbet are comfortable enough with their finances that have recently penned a sponsorship deal with Spanish mega club Real Madrid. Marathonbet were founded in the Commonwealth of Independent States (CIS) in 1997 and their new agreement will make them first official Russian partner of the La Liga team who have an outstanding principle betting partner deal with Spanish online bookmaker Codere.

They also have an outstanding deal with the reigning champions of the English Premier League, Manchester City, as well as a a two-year shirt sponsorship deal with another Spanish La Liga team, Sevilla FC.

At the time of the Sevilla deal, Natalia Zavodnik, CEO of Marathonbet, said;

“We’re incredibly excited to announce our new partnership with one of the most decorated European sides of recent times in Sevilla FC.
Working alongside a club with as rich a track record of success as Sevilla demonstrates our ongoing commitment to the growing Spanish marketplace. We look forward to watching the club continue to scale new heights in both La Liga and on the European stage throughout 2019/20 and beyond.”

The new deal with Real Madrid, who are currently in second place and one place above Sevilla in La Liga, will benefit the betting platform by exposing the brand to Russian audiences during local broadcasts of Real Madrid games, utilising digital overlay technology.

Marathonbet customers at home in Russia will also be rewarded with exclusive Real Madrid offers such as taking part in special events being held during the current season. These are likely to include matchday VIP experiences and other meet the player opportunities.

Marathonbet are also the principle sponsors of the Russian Premier League team Dynamo Moscow, after they agreed a three year deal back in 2017.